Rishi Sunak's latest Budget appeared to have been inspired by one of the Tory party's old foes. 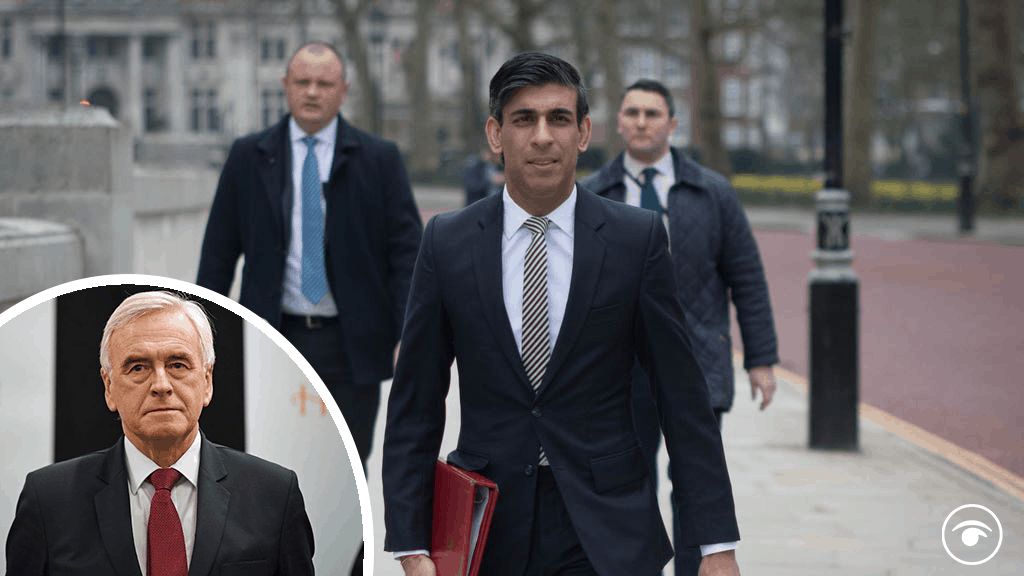 The Chancellor’s Budget set out a £65 billion spending package for this year and next – but warned that spending could not increase indefinitely, suggesting he had to be “honest” about putting the nation’s finances on a sustainable footing.

Sunak, having pledged last year to do “whatever it takes” to support the public throughout the Covid-19 pandemic, revealed that the furlough scheme will be extended to the end of September, alongside support for the self-employed.

The £20-per-week Universal Credit uplift will continue for a further six months, and a new restart grant – with £5 billion of funding – will help businesses reopen.

Other heavily-trailed measures, like the extension of the stamp duty cut and a new government-backed mortgage scheme to help first time buyers, did not come as much of a surprise.

However several eagle-eyed observers noted that Sunak – whose political hero is reportedly Nigel Lawson, the ex-Tory chancellor – appeared to be borrowing some of his most headline-worthy proposals from someone who did not quite manage to get his hands on the keys to No 11 Downing Street.

“Turns out John McDonnell really did forge a new economic consensus,” tweeted James Meadway – a one-time adviser to Jeremy Corbyn’s shadow chancellor – as Sunak announced a slew of initiatives which appeared to be drawn from Labour’s playbook in 2017 and 2019.

The big one is corporation tax, which Sunak intends to raise from 19 per cent to 25 per cent by the end of the 2024 parliament. Labour’s 2019 manifesto vowed to increase the headline rate to 26 per cent.

Back in November 2019, Boris Johnson – vowing to slash corporation tax – derided Corbyn for wanting to hike the tax to “the highest levels in Europe”. He was wrong – corporation tax was as 34.4 per cent in France and 31.5 per cent in Portugal at the time.

Another fêted announcement was the creation of ‘Treasury North’, a new economic campus in the north of England. It will be located, conveniently, in Darlington – a ‘red wall’ seat won from Corbyn’s Labour in 2019 which Johnson and Sunk are eager to hold on to.

Sunak announced Treasury North in his first Budget, last year, when McDonnell – still in situ – pointed out that he had proposed something very similar a year earlier.

“We’re going to break up No 11. Part of No 11 is going to the north,” McDonnell told the Manchester Evening News in July 2019. “If they’re going to plagiarise they could have the decency of properly attributing the idea to Labour,” McDonnell quipped last March.

Also making news is the creation of a national infrastructure bank, based in Leeds. Both McDonnell and Ed Miliband’s Labour proposed creating a national investment bank which would break London’s hegemony over investment.

“We will end the Treasury bias against investing in the regions and nations,” McDonnell said in his 2018 conference speech. “And we’ll make sure it assesses spending decisions against the need to tackle climate change, protect our environment, drive up productivity and meet the investment challenges of the fourth industrial revolution.”

Gripes about plagiarism aside, the emergence of what Meadway has dubbed a “Red-Green Tory prospectus” presents a serious political headache for Keir Starmer and Anneliese Dodds, as the Labour leader’s lukewarm response to Wednesday’s Budget showed.

Starmer seemed keen to stress that, soon enough, Sunak will return to “business as usual”, cutting spending and ushering in a new age of austerity. But what if he doesn’t? The Chancellor is playing football firmly in Labour’s half – and, for now at least, they don’t seem to be able to muster a coherent answer.

Related: ‘Brand Rishi’ prepares to deliver his most important Budget yet