Paul Golding was stopped on his way back from a trip to the Russian Parliament in Moscow. 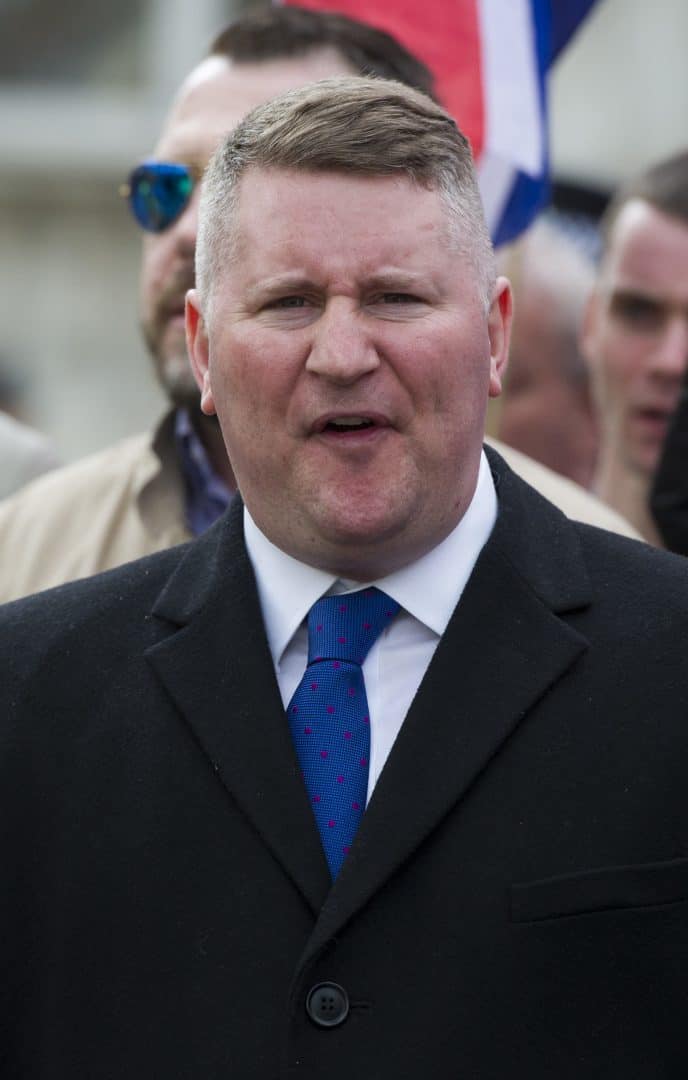 The leader of far-right political group Britain First has been charged with an offence under the Terrorism Act after refusing to give police access to his phone.

Paul Golding, 38, was stopped at Heathrow Airport in October on his way back from a trip to the Russian Parliament in Moscow by officers from the Met’s Counter Terrorism Command.

He refused to give the pin codes for a number of his electronic devices.

Golding was later charged with refusing to comply with a duty under Schedule 7 of the act.

He is due to appear at Westminster Magistrates Court next Thursday.

In a statement Golding said he was not a terrorist and described the charges as “an abuse of legislation”.

Schedule 7 allows police to interrogate, search and detain anyone for up to six hours at UK ports.

It is designed to determine whether an individual is involved in the “commission, preparation or instigation” of acts of terrorism.