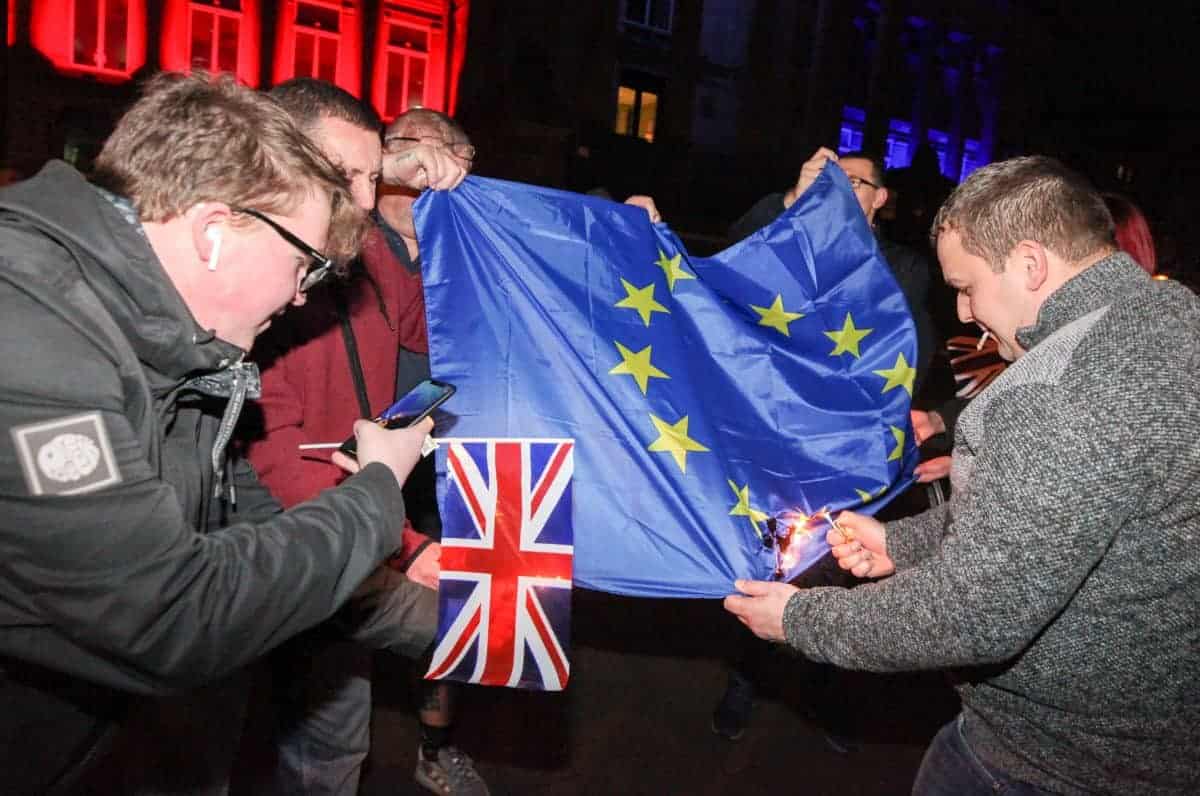 A group of revelling Brexiteers were filmed as they attempted to burn an EU flag during Brexit Day celebrations – but failed “due to European fireproofing regulations”.

Onlookers said it was because the revellers forgot about European fire safety regulations which require flags to be fire-retardant.

The painstaking efforts continued until the group eventually gave up – and they tore it up instead.

The group were among around 100 Brexiteers gathered at a town square in Bolton, Greater Manchester last night to watch the bells bong in celebration of Brexit.

A bystander, who wished not to be named, said he saw them hold up the flag and attempt to ignite it with a lighter while singing “God Saves The Queen” but gave up after a few attempts.

He said: “There were a few people here and there but it was more or less deserted.

“I saw a group of people holding up a flag and they tried to light it repeatedly with a lighter but failed.

“They were singing God Saves The Queen – but a few of them were struggling to remember the words.

“After it failed to light up they gave up and continued celebrating.”