"The UK will now be conscious of the fact that they have a US president who’ll be focusing in a completely different way to Donald Trump on the impact of the Brexit deal." 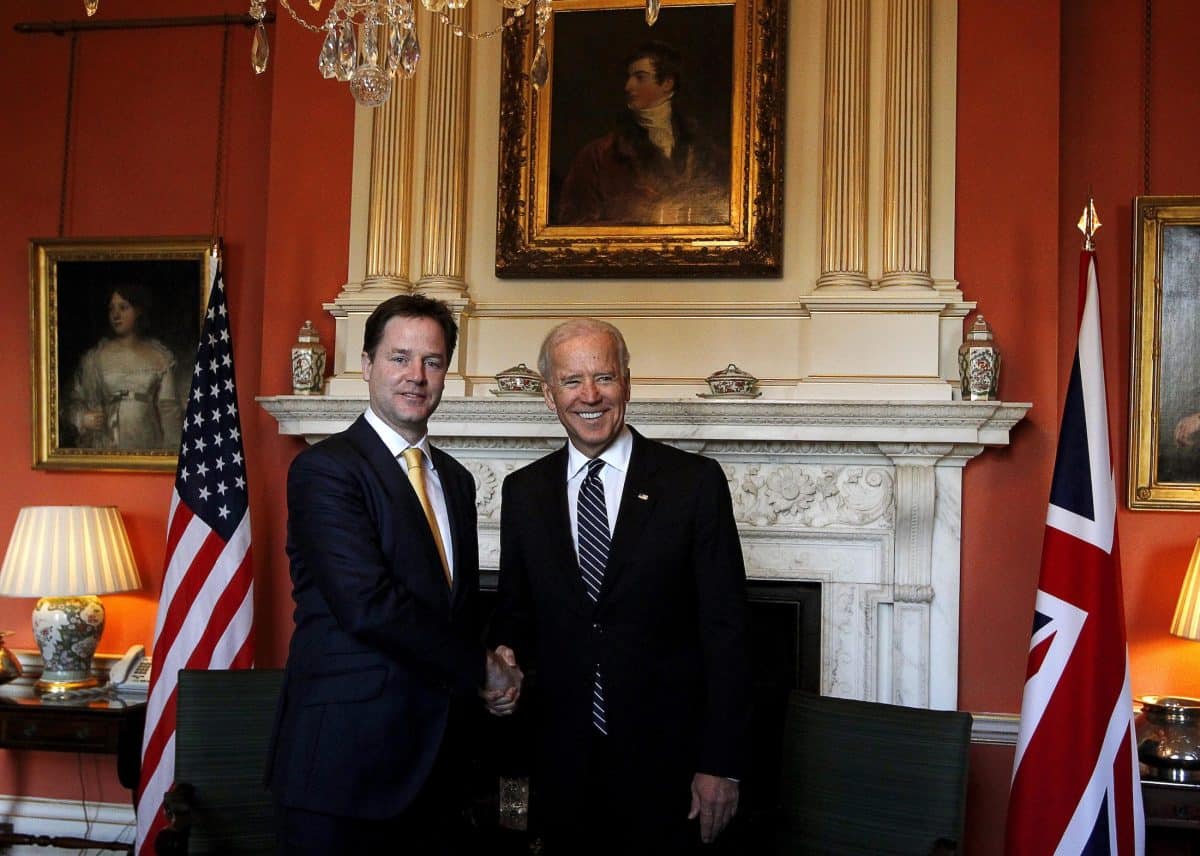 The Remain campaigner also warned that the Democrat election winner would view Brexit developments in a “completely different way” from beaten incumbent Donald Trump, given his strong Irish roots.

Mr Clegg, who was David Cameron’s deputy in Downing Street during the coalition years, met regularly with Mr Biden when he was vice president under Barack Obama.

Speaking to BBC Radio 4’s Westminster Hour, he described the 77-year-old as a “classic warm, sort of back-slapping politician, full of bonhomie” but  said he was “still able to switch gear” when needed.

The UK and US have traditionally been strong allies but Mr Clegg, who lives in California as head of communications for Facebook, said Britain’s influence was on the wane in the US.

He said: “I think the great dilemma for the UK right now is just one of relevance, it’s a struggle for relevance.

“I think the issue is why should a Joe Biden presidency care as much about the United Kingdom, as much as presidents have done in the past, when the United Kingdom is withdrawing from the European bloc, which I know, having spoken to him about it on so many occasions over the years, Joe Biden really cares about.”

The former Liberal Democrat leader predicted that Mr Biden and the Prime Minister would be “able to strike up a personal relationship” but warned Boris Johnson – who has not met Mr Biden – about the way Brexit would be viewed through an Irish lens in future in the Oval Office.

“Joe Biden is immensely proud of his Irish roots – he did it publicly in his speech yesterday (after being announced president-elect), he does it privately as well, quotes Seamus Heaney at the drop of a hat,” said Mr Clegg.

“This means something to him…so the UK will now be conscious of the fact that they have a US president who’ll be focusing in a completely different way to Donald Trump on the impact of the Brexit deal – or still worse, a no-deal on a country, Ireland, that he really treasures and, crucially, on those sets of agreement, the Good Friday Agreement and others, that he thinks should be treated as sacrosanct.”

Mr Johnson, speaking on Sunday, congratulated Mr Biden and vice president-elect Kamala Harris as he made the first advances to woo the new administration, which will be inaugurated in January.

The Prime Minister told broadcasters there was “far more that unites” than divides the UK and US, saying: “The United States is our closest and most important ally, and that has been the case president after president, prime minister after prime minister – it won’t change.”

Foreign Secretary Dominic Raab has held meetings in Washington in recent months in a bid to allay fears on Capitol Hill and among its Irish lobby about a hard border in Northern Ireland as a result of a no-deal Brexit.