Marking a year since Brexit, Boris Johnson vowed to "cut back on EU red tape" in 2022. 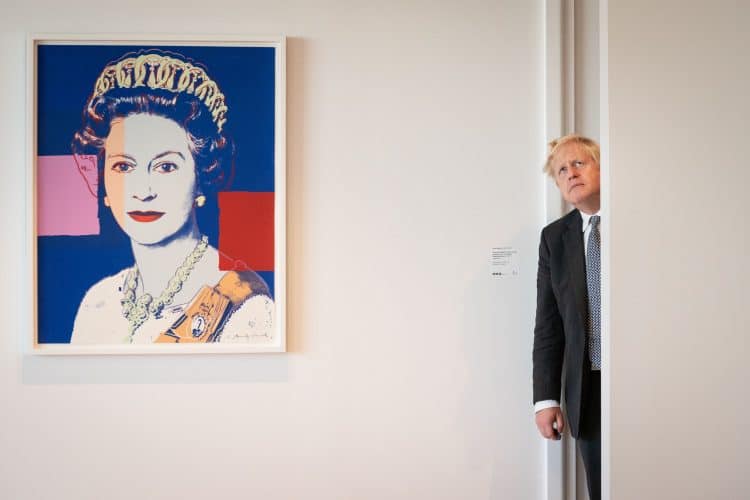 Small businesses can expect trade with the European Union to be “permanently damaged” from 1 January, a supply chain trade body has said.

New customs checks take effect from today, which the Cold Chain Federation says will make imports from the continent “more expensive, less flexible and much slower”

Speciality food imports could face a 70 per cent decline – the same decline that impacted exports of food by small businesses in 2021 after Britain quit the single market and customs union.

Extra costs amounting to up to £400 per consignment could mean sales of food to European countries in small batches could become uneconomic, the industry body said.

“The big casualty of these trade barriers is the business that needs to import small and frequent quantities across borders – a palette load of speciality cheeses or boxes of onion powder. This is the sort of trade that is going to suffer,” Shane Brennan, the federation’s chief executive, told The Guardian.

Business groups have urged ministers to soften their stance in negotiations with the EU to avoid a collapse in trade with the bloc, but there has been minimal progress on cutting red tape.

Mike Cherry, the chair of the Federation of Small Businesses, said a survey had revealed that just a quarter of firms are prepared for the introduction of full import checks.

“We don’t have any indication that the level of preparedness has improved, especially as the festive trading season has been so disrupted yet again,” he said.

Boris Johnson has vowed to “maximise the benefits of Brexit” in 2022 as consumers were warned to brace for fresh disruption due to new rules coming into play.

The prime minister, marking a year since the post-Brexit free trade deal with the EU came into force, said the government would “go further and faster” to take advantage of the “enormous potential that our new freedoms bring” in the new year.

‘Cut back on red tape’

Traders will no longer be able to delay completing full import customs declarations for up to 175 days, a measure that was introduced to cope with the disruption of Brexit.

The British Frozen Food Federation (BFFF) said new border controls on animal and plant products from the EU could see major delays at ports in the new year.

The UK imports five times the amount of food it exports to the EU, so the potential for massive delays and food supply issues in January is high.

Mobile phone users could also be affected with two of the UK’s four biggest networks – EE and Vodafone – reintroducing roaming charges for customers travelling to Europe from the start of 2022. Three is set to reintroduce them in May 2022.

However, the prime minister, heralding the departure from the EU for allowing Britain to forge its own policies on immigration, coronavirus vaccines, bilateral trade deals and standards, said his administration wanted to “cut back on EU red tape” and restore “common sense to our rulebooks” in 2022.