Whitehall is undertaking a review of all retained EU law to check whether some regulations should be binned or reformed. 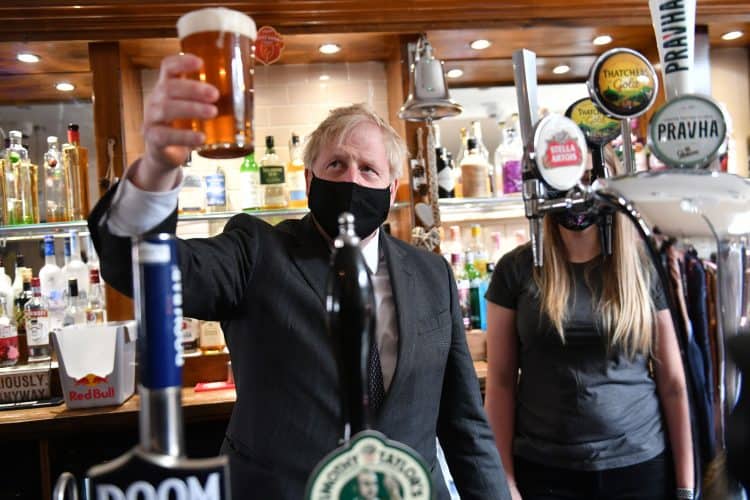 Boris Johnson hailed returning crown stamps to pint glasses and getting rid of a ban on selling goods in pounds and ounces as among the “key successes” of Brexit.

As 2021 drew to a close, the prime minister outlined the opportunities created by Britain’s departure from the European Union a year after signing the UK-EU trade and cooperation deal.

But he made no mention of Northern Ireland in his new year’s message, despite significant ongoing issues with the agreement. Johnson also declined to mention David Frost, the Tory peer overseeing Brexit who recently resigned.

In his anniversary message, Johnson said the UK had “used Brexit freedoms” to create a new immigration system and strike trade deals around the world with countries like Australia.

The prime minister also claimed Brexit had helped ensure the success of the UK’s vaccine rollout.

“But that’s not all. From simplifying the EU’s mind-bogglingly complex beer and wine duties to proudly restoring the crown stamp on to the side of pint glasses, we’re cutting back on EU red tape and bureaucracy and restoring common sense to our rulebook.”

Looking ahead to 2022, Johnson added that the government would go “further and faster” to make the most of Brexit.

“The job isn’t finished and we must keep up the momentum. In the year ahead my government will go further and faster to deliver on the promise of Brexit and take advantage of the enormous potential that our new freedoms bring,” he said.

Traders will no longer be able to delay completing full import customs declarations for up to 175 days, a measure that was introduced to cope with the disruption of Brexit.

The British Frozen Food Federation (BFFF) said new border controls on animal and plant products from the EU could see major delays at ports in the new year.

The UK imports five times the amount of food it exports to the EU, so the potential for massive delays and food supply issues in January is high.

Mobile phone users could also be affected with two of the UK’s four biggest networks – EE and Vodafone – reintroducing roaming charges for customers travelling to Europe from the start of 2022. Three is set to reintroduce them in May 2022.