The EU must show that "leaving the union is more damaging than remaining in it", Jean Castex wrote. 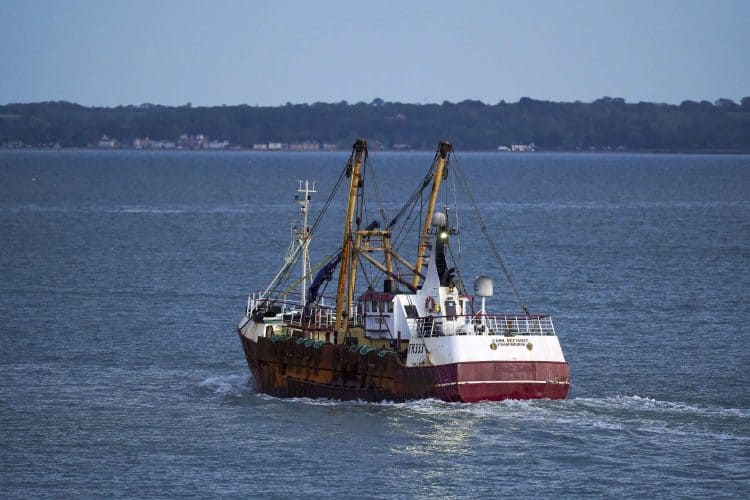 The EU must show that Brexit has been “damaging” to the UK, the French prime minister has told Brussels in a letter asking for tougher actions over the Channel fishing dispute.

Jean Castex wrote to European Commission president Ursula Von der Leyen on Thursday, laying out a number of reasons with EU should act against Britain over the limited granting of licenses for French fishermen to operate in British waters after Brexit.

He said that the EU had to make clear that “leaving the union is more damaging than remaining in it”.

Paris has threatened to ramp up checks on British boats, prevent them from docking in French ports, slow down customs arraignments in Calais and increase tariffs on energy bills in Jersey unless French fishermen are handed more licenses to fish around Jersey and Guernsey.

A translation of Castex’s letter says: “The uncooperative attitude of the United Kingdom today risks not only causing great harm to fishermen, mainly French, but also for the [European] union, in that it sets a precedent for the future and challenges our credibility and our ability to assert our rights with regard to international commitments signed by the union.

“It therefore seems necessary for the European Union to show its total determination to obtain full respect for the agreement by the United Kingdom and to assert its rights by using the levers at its disposal in a firm, united and proportionate manner.

“It is essential to clearly show to European public opinion that respect for subscribed engagement is non-negotiable and that there is more damage in leaving the union than in remaining there.”

The French prime minister continued in his letter: “If no satisfactory solution is found in this context, the European Union will have to apply Article 506 of the Trade and Cooperation Agreement and take corrective measures, in a manner proportionate to the economic and social damage resulting from the breaches.”

He suggested to Von der Leyen that they could impose “customs duties on certain fishery products” as punishment.

And French president Emmanuel Macron has appeared to suggest the UK has not kept its Brexit pledges as a row over fishing rights intensified.

The UK has said it could retaliate if France carries out its hardline stance.

In an interview with the Financial Times, French leader Macron said the UK’s “credibility” was at stake over the dispute in what will be seen as a reference to the handling of post-Brexit fishing licences.

He told the newspaper: “When you spend years negotiating a treaty and then a few months later you do the opposite of what was decided on the aspects that suit you the least, it is not a big sign of your credibility.”

The People’s Vote is failing – this is why