The bill will "cut £1 billion of red tape" for British businesses, ministers claimed. 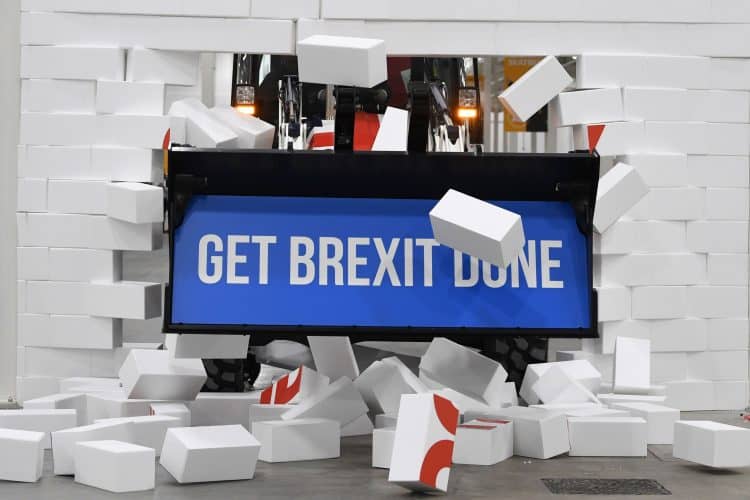 The Government is planning to bring forward a “Brexit Freedoms” Bill to make it easier to amend outdated EU law, as part of a drive which it claims will “cut £1 billion of red tape” for UK businesses.

The Bill will affect the handling of retained EU law – Brussels-made regulations which were preserved in the UK statute book for legal continuity after the Brexit transition period ended in 2020.

The Government has previously made clear that it intends to eventually amend, replace or repeal all of the retained law that it deems “not right for the UK”.

But Downing Street said that under current rules, changing or scrapping regulations in the pipeline of outdated legislation would take “several years” because of a long-winded alteration process.

It said primary legislation is needed for many changes, even if “minor and technical”.

Downing Street said the new Bill will “ensure that changes can be made more easily”, so the UK can “capitalise on Brexit freedoms more quickly”.

It did not specify exactly what provisions the Bill will contain to speed up reforms, or how it calculated that businesses would save £1 billion through the cutting of red tape.

Officials are sifting through all of the retained laws “to determine if they are beneficial to the UK”, Downing Street said.

The Prime Minister previously said his administration wanted to “cut back on EU red tape” and restore “common sense to our rulebooks” in 2022.

Suella Braverman, the Attorney General, said the new Bill meant the UK could move away from outdated laws that were the result of “unsatisfactory compromises within the EU”.

“These rules often had limited meaningful parliamentary scrutiny, and no democratic legitimacy in the UK at all,” she said.

“It is vital that we take the steps necessary, in this Parliament, to remove unnecessary rules altogether, and where regulation is needed, ensure that it meets the UK’s objectives.”

The Bill is also expected to end the special status that EU law holds in the UK’s legal framework.

“Despite our exit from the bloc, EU laws made before January 1 2020 continue to have precedence in our domestic framework,” Downing Street said.

“This is simply not compatible with our status as a sovereign, independent country and the Government will bring it to an end as quickly as possible.”

Boris Johnson said: “Getting Brexit done two years ago today was a truly historic moment and the start of an exciting new chapter for our country.

“We have made huge strides since then to capitalise on our newfound freedoms and restore the UK’s status as a sovereign, independent country that can determine its own future.

“The plans we have set out today will further unleash the benefits of Brexit and ensure that businesses can spend more of their money investing, innovating and creating jobs.

“Our new Brexit Freedoms Bill will end the special status of EU law in our legal framework and ensure that we can more easily amend or remove outdated EU law in future”.

Cabinet Office minister Steve Barclay said that leaving the EU has “given us the opportunity to establish our own rules for how we live and govern our lives in Britain”.

“The Brexit Freedoms Bill will continue to make it easier to remove cumbersome EU laws which were initially retained to ease our transition but which do not meet the future needs of the UK,” he added.

Meanwhile, the Government has published a new policy document setting out how it intends to take advantage of Brexit to “transform the UK into the best regulated economy in the world”.

Emily Thornberry, Labour’s shadow attorney general, said: “For all this talk from the Government about the potential legislative freedom we have outside the EU, they still refuse to make a concrete change the Labour Party has been demanding in this area for months, which is the removal of VAT on people’s energy bills.

“The British public overwhelmingly support Labour’s proposed change, and it is time the Government started listening.”

Scottish Culture Secretary Angus Robertson criticised the idea, which he said was devised with “little discussion, consultation with, or indeed respect for, the Scottish Parliament and Government”.

He added: “This makes a mockery of the UK Government’s recent commitment to reset relationships with the devolved governments.

“Within days of the UK Government promising more respectful ways of working, we were informed of what is clearly a rushed exercise over the weekend with nothing more than a vague verbal briefing.

“If these proposals involve changing the law in devolved policy areas, then pressing ahead without the consent of the Scottish Parliament would demonstrate yet again the UK Government’s intent to undermine devolution.”