He said that the UK’s principles in these areas ‘are not simple negotiating positions’. 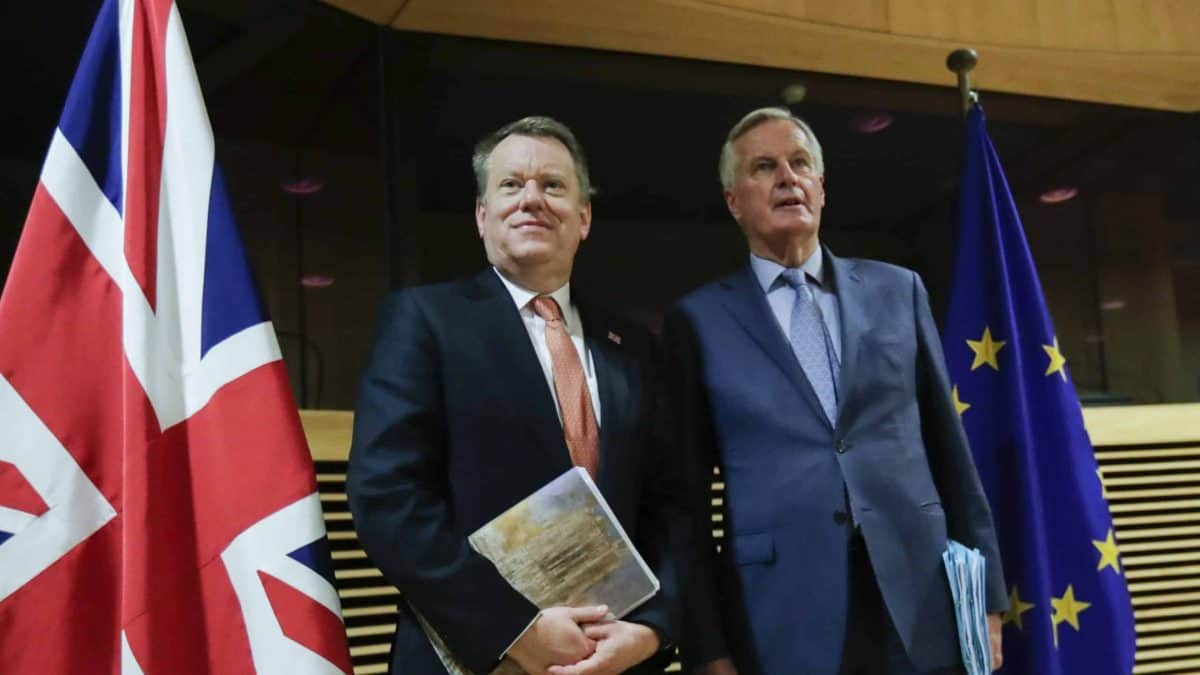 UK and EU negotiators have not yet reached any agreement following intensified talks between the two sides in July, the UK’s chief EU negotiator says.

And David Frost’s EU’s counterpart, Michel Barnier, said a trade agreement “at this point” is “unlikely”.

In a written statement, Mr Frost said “considerable gaps remain in the most difficult areas” following the latest round of talks in London.

He added: “It is unfortunately clear that we will not reach in July the ‘early understanding on the principles underlying any agreement’ that was set as an aim at the high-level meeting on June 15.”

He added: “We have also had constructive discussions on trade in goods and services, and in some of the sectoral agreements, notably on transport, social security cooperation, and participation in EU programmes. We have also continued to deepen our understanding of each other’s constraints on law enforcement.

“But considerable gaps remain in the most difficult areas, that is, the so-called level playing field and on fisheries.

“We have always been clear that our principles in these areas are not simple negotiating positions but expressions of the reality that we will be a fully independent country at the end of the transition period.”

Speaking at a press conference in London as Mr Frost’s statement was released, Mr Barnier said the UK’s position on fisheries is “simply unacceptable”.

He said: “On fisheries, the UK is effectively seeking for near-total exclusion of fishing vessels from the UK’s water.

He added: “This week again the UK did not show a willingness to break the deadlock.

“On the level-playing field the UK still refuses to commit to maintaining high standards in a meaningful way. On state-aid, despite a clear warning in the political declaration, very clear, we have made no progress at all.

“This is all the more worrying because we have no visibility on the UK’s intention on its future domestic subsidy control system and regime.”

He added: “By its current refusal to commit to the condition of open and fair competition, and to a balanced agreement on fisheries, the UK makes a trade agreement at this point unlikely.”