The former prime minister issued the warning as Parliament is being suspended by the Government. 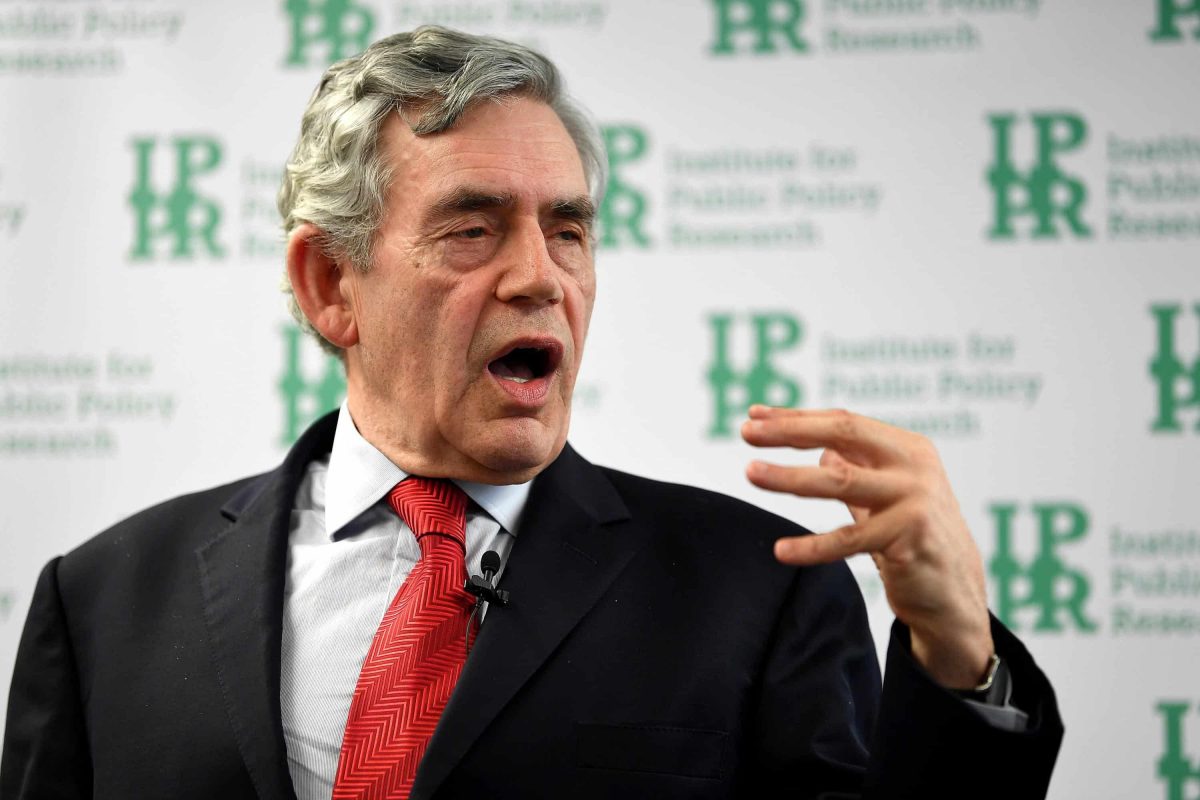 Parliament should be debating the “devastating” consequences of a no-deal Brexit that could put lives at risk, instead of being suspended, former prime minister Gordon Brown has said.

As Downing Street confirmed that Parliament will be prorogued at the close of business on Monday, Mr Brown warned that leaving the European Union without a deal in place could hit imports of food and medicine.

And he insisted Boris Johnson must answer questions on such matters.

The former Labour leader said: “Boris Johnson and his ministers say that Britain is taking back control. But in reality, Britain is losing control – of our food supplies, of our medical supplies and of our manufacturing supplies.”

Speaking ahead of a No to No Deal rally in Glasgow on Monday, Mr Brown demanded: “Can the Prime Minister guarantee that medical supplies – the one million medical packs that come every day into the country through ports such as Dover – arrive uninterrupted and without putting lives at risk?

If the PM cannot give guarantees on these issues – and Mr Brown made clear he does not believe Mr Johnson can – he claimed Brexit would be “the biggest own goal in our peacetime economic history … no matter how much it is dressed up as a patriotic act”.

Mr Brown said more than one million consignments of medical supplies arrive in the UK from Europe every day – with these amounting to more than 400 million a year.

He added: “We can stockpile and even fly medicines in, but the commercial director of the National Health Service foresees significant shortages for six months at least and what he calls ‘serious shortages’ for three months.”

This could have an impact on supplies of the EpiPens used to treat allergic reactions, flu vaccines, radio isotopes used in cancer treatment, and the insulin needed to keep diabetes sufferers alive, the former PM said.

He also spoke out about the impact a no-deal Brexit could have on fresh food, noting 28% of the UK’s food comes directly from the EU – with a further 11% coming from countries that have trade agreements with the EU.

Mr Brown argued that additional border checks and the need for documentation could increase the time it takes for food to make it to Britain – also may also result in additional costs for shoppers.

He said: “The Lancet, the respected medical journal, says disruption and shortages can be predicted for fruit, vegetables and short shelf-life food supplies that rely on imports.

“The flow of trucks through the main UK ports, notably Dover, could drop by a third or more within just 24 hours of a no-deal Brexit. If this level of disruption continued for two to three months, the effects, it is reported, would be unprecedented in peacetime Britain.

“Even if we are in recovery three months later, by the end of January 2020, it is expected that food supplies will at best have returned to only two-thirds of their pre-Brexit levels.”

Calling for internal Whitehall assessments of the risks of no-deal to be published, Mr Brown stressed that MPs had “an obligation, at all times, to use their judgment to weigh the balance of risks”.

He stated: “For each member will have to explain a no-deal Brexit to the mother in their constituency whose child is suffering and at risk because life-saving drugs cannot get through and to the small businessman or woman seeing a lifetime’s work ruined and the livelihoods of their workforce with it.

“MPs will still receive their salaries but they must now recognise the plight of the less well protected whose prospects this mindless course of action so needlessly destroys. Hurting the most vulnerable in our society cannot ever be justified.”