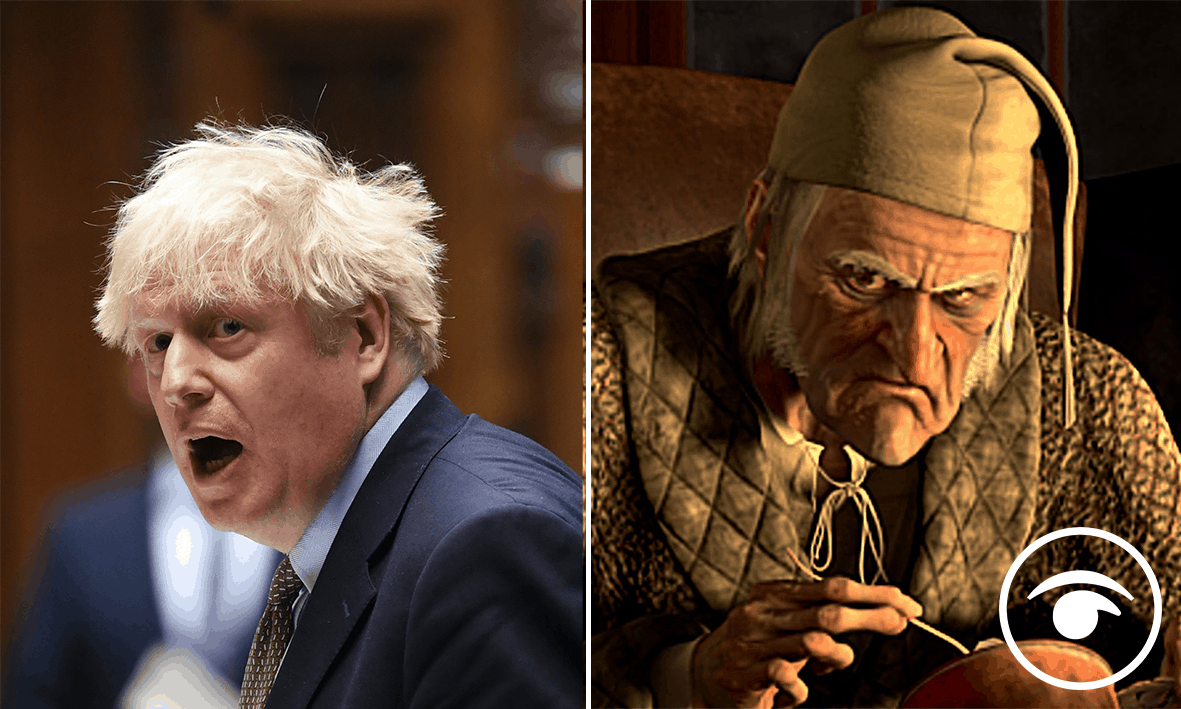 Schools have begun making preparations to ensure disadvantaged children do not go hungry over the Christmas holidays after the Government refused to extend free school meals during October half-term. It comes as the food tsar has urged the Government to act to prevent children going hungry at Christmas.

School leaders in England are considering what additional support they will be able to put in place during the two-week festive break so that pupils eligible for free meals continue to receive food.

One academy trust is planning to recruit an army of volunteers to deliver meals to pupils’ homes on Christmas Day – and another school is planning to give cash to eligible families to combat holiday hunger.

It comes amid mounting anger among teachers and school leaders over Boris Johnson’s refusal to extend free meals during the half-term break to reduce the negative impact of the pandemic on poorer children.

The leader of a headteachers’ union has warned that the Prime Minister could be perceived as a “modern-day version of Scrooge” if he fails to take action.

Businesses, community groups and councils have stepped up and provided meals for children as many schools in England began their October holiday.

Schools are now already looking ahead to Christmas to make sure children are not left without meals.

Steve Chalke, founder and leader of Oasis Charitable Trust, which has 53 schools across England, said the trust is “stepping up” plans to help pupils over the festive period as a result of the pandemic.

Mr Chalke told the PA news agency: “We realise that this Christmas is going to be dreadful. You’re going to get half the country feasting and the other half with nothing.

“And the number of children in our schools who are now designated as vulnerable has grown by 43%, since the beginning of Covid.”

Oasis Academy Trust, where nearly half of pupils are eligible for free school meals, already provides youngsters with food during the school holidays – including October half-term.

But this year, it will recruit volunteers to deliver meal packages to families’ homes on Christmas Day – and the campaign will start as early as next week as the trust says it needs to be on a “grander scale”.

Mr Chalke told PA: “We have talked about a kind of new regulation-proof plan and that will involve the delivery of food. So we’re planning to deliver food because people might not be able to meet.”

“What we do not need is the Prime Minister, or a local authority, to tell you the truth, coming up with a plan on December 21 because it’s too late,” he added.

A petition from footballer Marcus Rashford, who has been spearheading demands for free meals to be extended in England over the school holidays, has increased the pressure on the Government to act.

Now the school is looking to work with a charity to provide financial help over Christmas for the first time as it is concerned that a growing number of children will be hit by poverty due to redundancies.

Mr Di’Iasio said: “This really is a time when you think of A Christmas Carol and the likes of people not being able to feed themselves on Christmas Day, or not having a decent meal on Christmas Day.

“It’s heart-breaking that the sixth richest country in the world can’t put this right and is happy to vote for children to go hungry over half-term and potentially over Christmas as well. It’s horrible.”

Geoff Barton, general secretary of the Association of School and College Leaders, said the Government should take note of school leaders who are already planning on how to tackle holiday hunger.

He said: “The Prime Minister will be perceived as a modern-day version of Scrooge if he fails to act, and deservedly so.

He said that “in-kind support” through holiday clubs, providing food and education, had been shown to have a better impact than putting the same “small amount of money” into Universal Credit.

“I haven’t been backward in coming forward with ideas that I have been feeding in to Treasury, to (the Department for) Education and to Number 10, ideas of how they could rapidly implement this by Christmas,” he said.

“But … the dark centre of government is invisible to me and I have no idea exactly what they’re working on as we speak.”

Related: The week in Tory is back again…the THIRD time in seven days