The song is captioned ‘lo fi boriswave beats to relax/get brexit done to’. 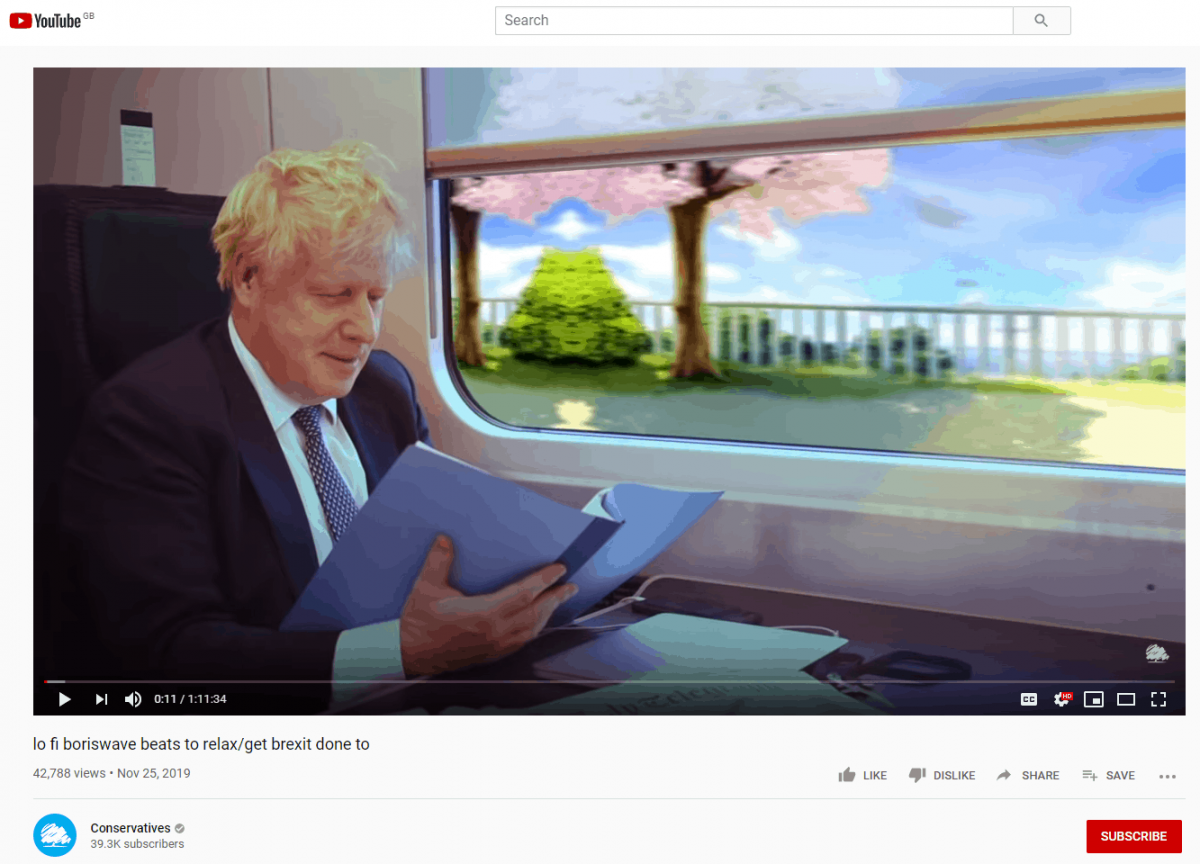 The Conservative Party has shared an hour-long dance music track which samples Boris Johnson, in an apparent effort to attract younger voters.

The song, which was posted to the party’s YouTube channel, uses segments of the Prime Minister’s speeches and is captioned: “lo fi boriswave beats to relax/get brexit done to”.

The music video is accompanied by a moving image of the Prime Minister checking notes while sat on a train and lasts for over an hour and 11 minutes.

The song appears to be inspired by the vaporwave craze – a genre of chilled out electronic music which samples a specific subject matter.

The music here is referred to as “Boriswave” but other examples of this genre include Simpsonwave, which samples TV show The Simpsons.

A similar video featuring Leader of the House of Commons Jacob Rees-Mogg was uploaded by a YouTube user in 2016 and entitled “Rees Mogg wave”.

Under the Johnson video, the party asks viewers to “check out our Soundcloud”, pointing to a link which actually leads to the Tory website.

Several of those commenting on the video appeared incredulous, with one saying: “Did you guys get hacked or is this real?”

Others poked fun at the video, with one user commenting: “Can’t be a Northern train. It’s moving and Boris has found a seat.”

One responded to the song by saying: “This is amazing – this is truly some strong and stable music.”

Another asked: “Did anyone else accidentally draft a new trade deal after putting this on to study to?”