It is believed that after, the PM went to his senior aides and told them: "I just got beaten up by Susanna Reid." 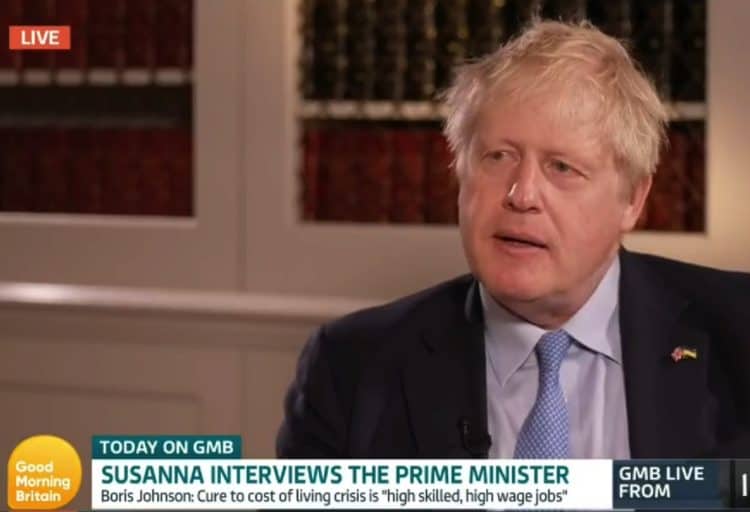 Boris Johnson had been “sick over his suit” before his bruising interview with Susanna Reid on Good Morning Britain.

The prime minister appeared on GMB for the first time in five years last week as he tried to justify the government’s response to the soaring cost of living.

He showed up 15 minutes late to the interview and struggled to bat away difficult questions, including one about 77-year-old pensioner Elsie, who has been using her free bus pass to keep warm during the day.

At the end of the interview, Johnson left viewers bemused after admitting he didn’t know who Lorraine Kelly is.

As Susanna tried to hand over for the next show, a confused premier said: “Who’s Lorraine?”

The PM was said to be suffering from food poisoning at the time, and had just finished throwing up before going on screen, according to aides.

They said a ‘distress signal’ had been arranged with Susanna in case he needed to make a hasty exit.

It is believed that after, the PM went to his senior aides and told them: “I just got beaten up by Susanna Reid.”

Boris had reportedly refused to appear on the show while Piers Morgan was presenting.

On one occasion he famously hid in a fridge when a reporter from the show tried to confront him during the 2019 general election.