His comments came after Dublin rejected proposals for customs posts along both sides of the Irish border to replace the backstop. 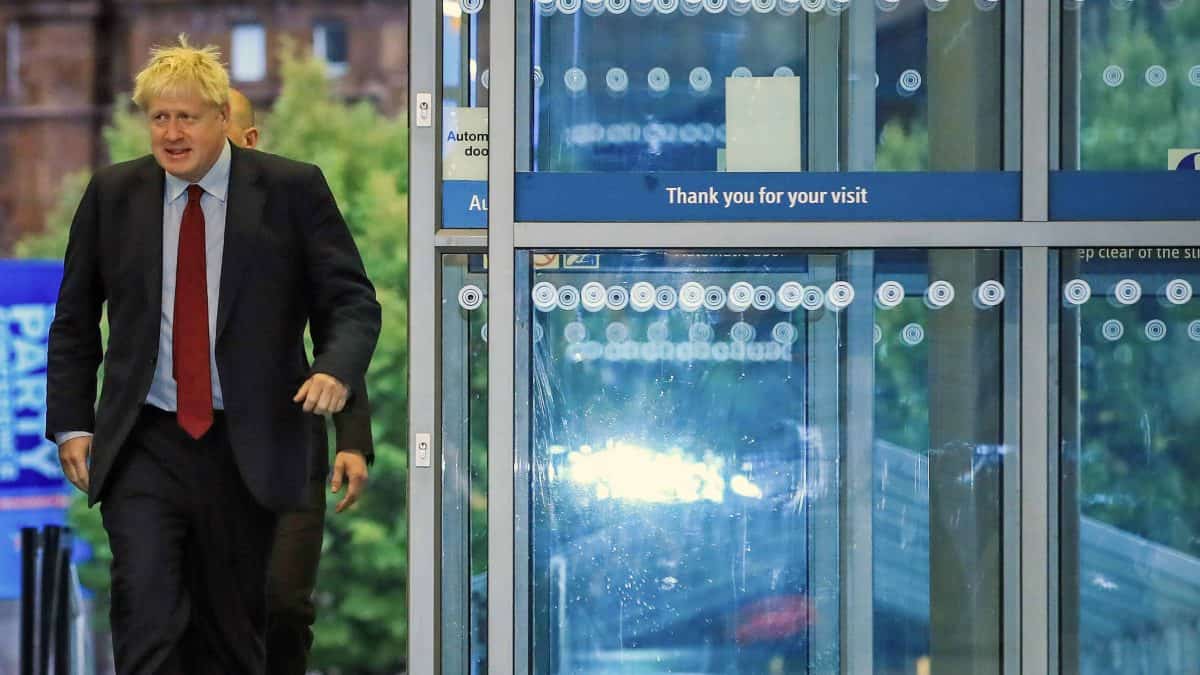 Boris Johnson will know within days whether he can secure a Brexit deal with the European Union.

The Prime Minister’s formal proposals are due to be submitted to Brussels later this week.

Mr Johnson said it would soon become apparent if there is “no way of getting it over the line from their point of view”, urging EU to work with him as the “rubber hits the road”.

Non-Paper = Non-Starter. Time the EU had a serious proposal from the UK Govt if a #Brexit deal is to be achievable in October. NI and IRE deserves better!

His comments came after Dublin rejected proposals for customs posts along both sides of the Irish border to replace the backstop.

Irish state broadcaster RTE reported that the suggestion sent to the EU by the UK would lead to the posts being built between five and 10 miles back from the current border.

But Mr Johnson said those were preliminary ideas that had been floated rather than the formal proposals which are expected to be set out later this week after the Tory conference finishes on Wednesday.

“They are not talking about the proposals we are going to be tabling, they are talking about stuff that went in previously,” he told the BBC.

“But clearly this is the moment when the rubber hits the road.

“This is when the hard yards really are in the course of the negotiations.”

The Irish border question has become the main stumbling block to a Brexit deal.

The backstop – a contingency plan which would keep Northern Ireland closely aligned to Brussels’ customs and regulatory rules if no other method is found of preventing a hard border – is loathed by Brexiteers and Mr Johnson is determined to remove it from the Withdrawal Agreement that predecessor Theresa May negotiated with the EU.

“The difficulty really is going to be around the customs union and to what extent Northern Ireland can be retained within EU bodies at all,” Mr Johnson said.

The Prime Minister said he believed he had a “good solution” and “I very much hope that our European and EU friends in Brussels, in Dublin, in Germany as well, will want to take it forward”.

“We think it’s a good proposal”

He suggested that the Government would have a clear idea by the weekend whether a deal with the EU would be possible.

“We think it’s a good proposal,” he told LBC.

“Clearly, if there is no way of getting it over the line from their point of view, we will have to live with that.”

The idea for the customs posts was contained in the so-called “non-papers” submitted by UK officials during recent technical discussions.

Mr Coveney tweeted: “Non-Paper = Non-Starter. Time the EU had a serious proposal from the UK Govt if a #Brexit deal is to be achievable in October. NI and IRE deserves better!”

An Irish Government spokesman said a credible alternative to the backstop had yet to be proposed by the UK.

“The EU taskforce has indicated that any non-papers it has received from the UK to date fall well short of the agreed aims and objectives of the backstop,” he said.

If accurate, these proposals represent yet another failure of the Government’s negotiating strategy.

The Prime Minister should admit he has no credible plan for Brexit and that the only way to resolve this issue is to go back to the people with a public vote. 4/

Shadow Brexit secretary Sir Keir Starmer said: “If Boris Johnson had spent any time listening to businesses and communities in Northern Ireland, he would know that these proposals are utterly unworkable.”

But Mr Johnson insisted “that is not what we are proposing at all”, telling BBC Radio 4’s Today programme it was “absolutely not” true that he wanted to create a hard border a few miles away from the actual border.

But he said it was a “reality” that some checks would be needed to create a “single customs territory” for the UK once it leaves the EU.

Meanwhile, The Times reported that Mr Johnson’s plan to get around the Benn Act – the law aimed at preventing a no-deal Brexit without MPs’ approval – would be to ask EU leaders to rule out any extension to the October 31 deadline.

Mr Johnson denied that was the case, adding: “In truth, we have not made any such request.”

But he did appear to question whether the Benn Act had been drawn up in collaboration with other EU states following claims from Downing Street sources of “collusion with foreign powers”.

There is a “legitimate question” to be asked about how the legislation came about, he said.