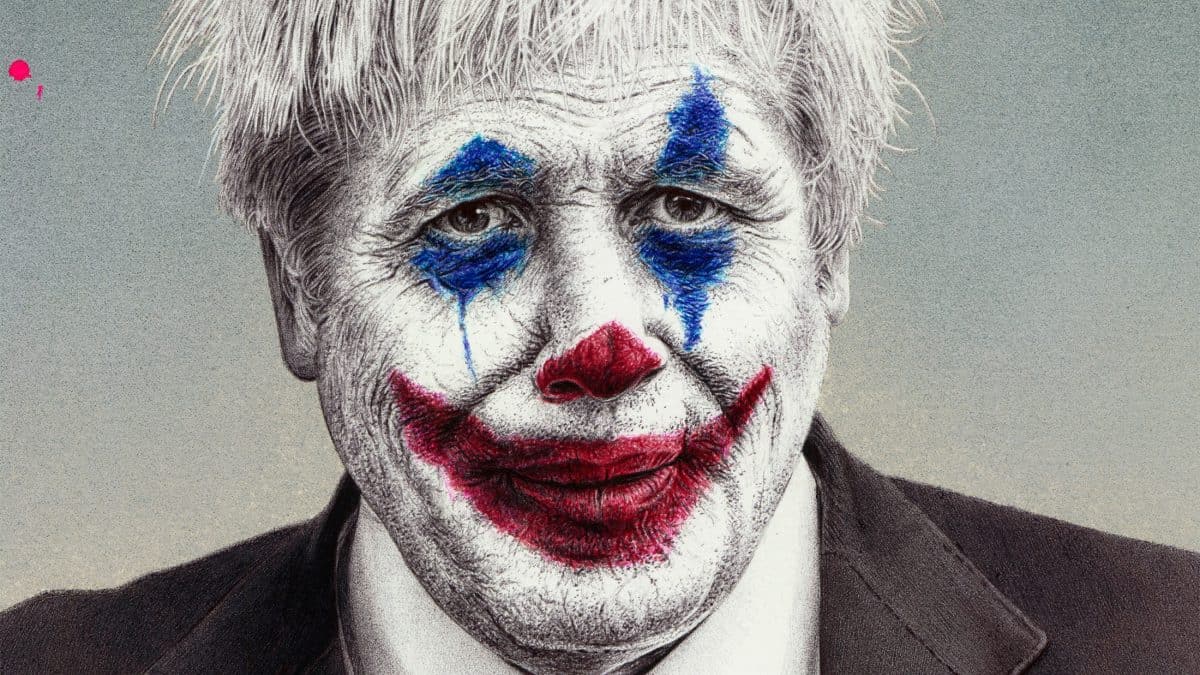 Boris Johnson morphs into The Joker in a new artwork.

The Prime Minister has been sketched, in ballpoint pen, in a tie and jacket and with his trademark, bouffant hairstyle.

But James Mylne, 38, has depicted him in the guise of arch villain The Joker.

The artist told the PA news agency: “He’s always been a bit of a joker. But for a while, at the beginning, for the first couple of years it was all a bit innocent, a bit charming.

“But there’s more beneath the surface.”

The 50 by 50cm piece took “almost 70 hours” and the artist uses spray paints to add colour, backgrounds and additions.

Because he uses biro, one mistake can mean having to start the whole piece again.

“I’ve got quite good at minimising risk. I always start with the hard bits. The blond hair proved difficult,” he said.

The portrait is a nod to the new Joaquin Phoenix blockbuster.

Mylne, whose portraits are often mistaken for photographic prints, said of his work: “It appeals to a different type of art buyer, collectors who are interested in what art should be about, being culturally relevant.”

He has also created a portrait of Brazilian president Jair Bolsonaro with the flames of the Amazon pouring from his eyes, as fires continue to rage in the rainforest.

And he previously depicted Donald Trump with tears in the style of the US flag falling from his eyes.

A Decade Of Shady Business

The artist said: “Ballpoint pens are everywhere. Scattered over desks at work or school, on counters at your post office or bank, and under your sofa.

“No-one owns them really, ubiquitous, disposable, and pretty much free.

“The simple engineering and design behind them is so efficient and durable that they haven’t needed a design change in decades.”

The works will go on display in Mylne’s new solo exhibition A Decade Of Shady Business, marking 10 years of his “ballpoint art”.

James Mylne: A Decade Of Shady Business runs from December 12 to 22 at 4 Mandeville Place in London.