Nick Robinson eventually lost his patience, telling the PM they should discuss "a range of subjects, not just one". 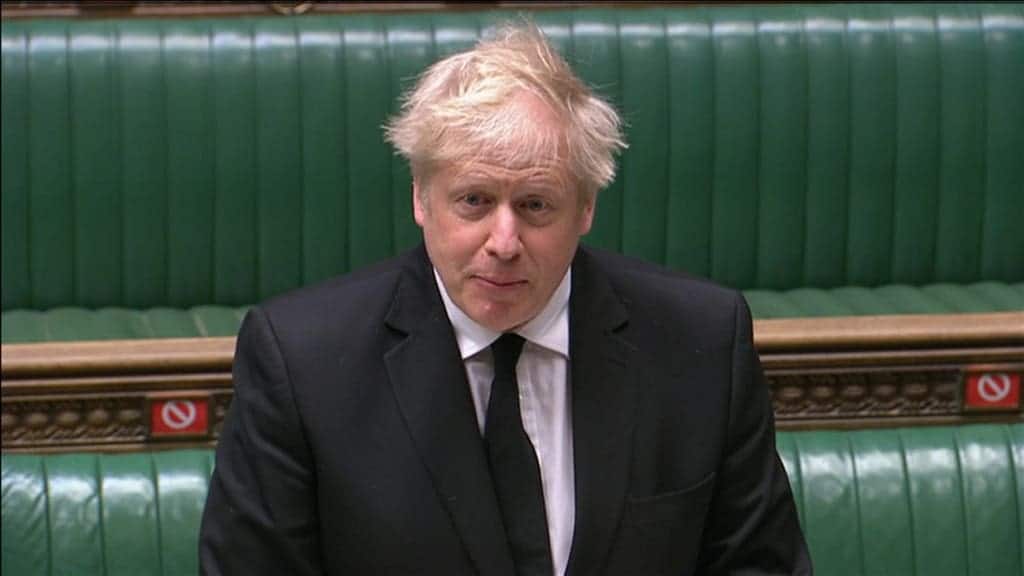 Boris Johnson was told to “stop talking” during a rambling radio interview, in which he insisted businesses should use British workers to tackle post-Brexit labour shortages.

Speaking to BBC’s Today programme for the first time in two years at Conservative party conference in Manchester, Johnson said the crises would “naturally” resolve themselves.

He waffled on about UK businesses using British workers and investing in young people training instead of using immigration – but presenter Nick Robinson eventually lost his patience after telling Johnson he had made the same point “at length in a series of interviews”.

“Prime Minister, stop talking,” Robinson. “We are going to have questions and answers not where you merely talk if you wouldn’t mind.”

The presenter said they should be able to discuss “a range of subjects, not just one” and concluded by thanking Johnson for “allowing the occasional question as well”.

Johnson replied: “It’s very kind of you to let me talk! Very kind, very kind. That’s the point of having me on your show. Anyway, lovely to see you.”

Johnson’s interview prompted predictable ire on Twitter. One user asked: “He just can’t handle questions, can he? Any questions.”

And another added: “Made a refreshing change. Johnson struggles to answer specific questions and this is an interview tactic that he uses time and again. I doubt he’ll be coming back soon though!”

Andrew Baker said: “Somebody needs to do more of this. Boris Johnson’s convoluted ramblings is an attempt to dominate the agenda and normally the BBC falls in with this.”

And Rajesh Thind added: “Johnson hated it. You could hear him struggling to keep his temper under check. I imagine we’ll start hearing renewed talk of scrapping the licence fee within a couple of weeks now. Johnson hates scrutiny, he can’t handle it.”

Meanwhile, ITV’s Good Morning Britain has again invited the prime minister to be held accountable during their show after more than four years in which he has refused to appear on the show.

But Johnson ran away from GMB journalists again at the Tory conference, bringing back memories of when he hid in a fridge in December 2019 to avoid questions from GMB reporter Jonathan Swain.

In a video, one of the Johnson’s aides was seen mouthing “oh for f***’s sake” upon seeing the reporter approaching.