It was announced that three more people had been executed during the time the prime minister was in the country. 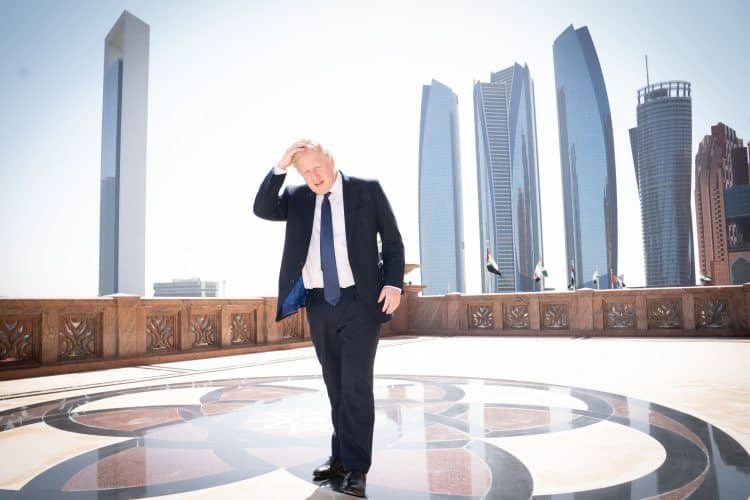 Boris Johnson appeared to win no oil commitments from Saudi Arabia as he defended himself from allegations of going from “dictator to dictator” to find new fuel sources after the Russian invasion of Ukraine.

The Prime Minister said he challenged Crown Prince Mohammed bin Salman on his human rights record during a meeting of about one hour and 45 minutes in Riyadh on Wednesday.

But Mr Johnson refused to go into specifics and insisted the Gulf state was changing for the better, despite announcing further executions in the wake of its largest mass execution in modern history.

He visited Saudi and its neighbour, the United Arab Emirates, while trying to find new fuel supplies to lessen the cost-of-living crisis after the response to Vladimir Putin’s invasion of Ukraine.

Mr Johnson, who smiled and warmly shook hands with the Saudi crown prince accused of ordering the assassination of journalist Jamal Khashoggi, insisted closer ties with the kingdom did not mean “we can’t stick to our principles”.

“A lot of agreement that it’s important to avoid inflation, to avoid the damaging economic consequences, an agreement that we need to work together to bring peace to Ukraine,” he told broadcasters.

But pressed if he had won a decision on increasing supply to reduce the shock of the West moving away from Russian fuel, he said: “I think you need to talk to the Saudis about that.”

Conservative MPs and human rights watchdogs were among those calling on the Prime Minister to question the Gulf states on their track records, after Saudi Arabia on Saturday executed 81 people convicted of crimes ranging from killings to belonging to militant groups.

The state-run Saudi Press Agency announced three more individuals had been executed on the day of Mr Johnson’s visit.

He told reporters: “I always raise human rights issues, as British prime ministers before me have, some time after time. It’s best if the details of those conversations are kept private, they’re more effective that way.

He declined to say whether he expressed displeasure at human rights abuses, instead saying: “I expressed the longstanding view of the UK Government as you would expect.”

“That’s the kind of thing we want to encourage – doesn’t in any way mean we can’t stick to our principles and raise those issues that we all care about,” he told broadcasters from under the rapidly warming sun on a terrace at the Emirates Palace hotel.

Mr Johnson pledged that his long-awaited energy strategy will come “next week” and include a “massive jump forward on renewables, more nuclear, using our own hydrocarbons more effectively” and sourcing fuel from outside Russia.

However, Downing Street’s account of the meeting with Sheikh Mohammed bin Zayed did not contain any indication Mr Johnson secured any kind of commitment on increasing oil production.

Instead, it said: “The Prime Minister set out his deep concerns about the chaos unleashed by Russia’s unprovoked invasion of Ukraine, and stressed the importance of working together to improve stability in the global energy market.”

The Prime Minister’s official spokesman told reporters that the “PM raised human rights issues”, but added “I don’t have any more details”, leaving open to interpretation the extent to which they discussed abuses.

Critics have particularly questioned the move to strengthen ties with Prince Mohammed bin Salman, who was largely shunned by the West after US intelligence alleged he ordered the murder of Mr Khashoggi at the kingdom’s consulate in Istanbul in 2018, something the Saudi ruler denies.

Labour leader Sir Keir Starmer said “going cap in hand from dictator to dictator is not an energy strategy”.

On the latest executions, Maya Foa, the director of human rights advocacy group Reprieve, said: “By travelling to meet Mohammed bin Salman so soon after a mass execution, Boris Johnson clearly signalled that in return for oil, the UK will tolerate even the gravest human rights abuses.

“Carrying out these executions while the leader of a western power is on Saudi soil was a provocative act, designed to flaunt the crown prince’s power and impunity to the world.”

One person who did embrace him, however, was the Russian president, with the prince and Mr Putin sharing a high-five and a laugh at a G20 summit in the month after Mr Khashoggi’s death.

Mr Johnson has argued he needs to “build the widest possible coalition” to address Mr Putin’s attack on Ukraine.