"I found it odd because I hadn’t asked him," Ruth Davidson recalled at a recent Edinburgh Fringe event. 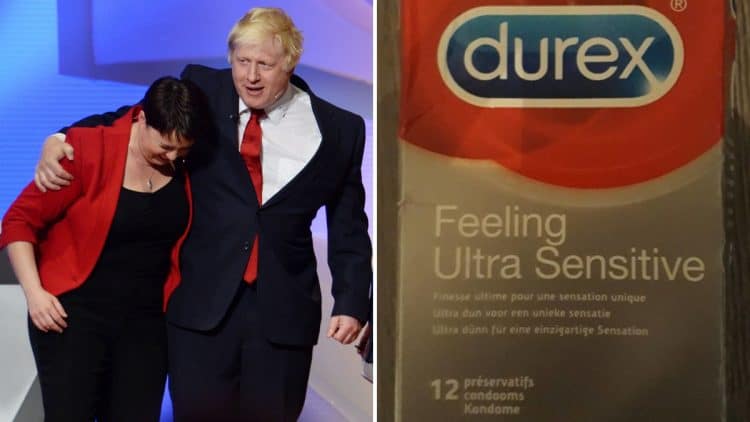 Former Scottish Conservative leader Ruth Davidson has said Boris Johnson described his time as foreign secretary as like being “imprisoned in a steel condom”.

Mr Johnson became foreign secretary in 2016 and resigned in 2018 over Theresa May’s Brexit plans, but not before first attracting criticism for making comments Richard Ratcliffe said “enabled a propaganda campaign” against his British-Iranian wife Nazanin Zaghari-Ratcliffe who was being held in Tehran.

Speaking to LBC’s Iain Dale at a recent Edinburgh Fringe event, Baroness Davidson said: “He once described being foreign secretary to me as like being enclosed in a steel condom. I found it odd because I hadn’t asked him.

“I think he meant the amount of attention he had from civil servants to make sure he didn’t say anything. Imprisoned in a steel condom is what he said,” she added, in comments reported by The Daily Telegraph.

“I’ve never heard that as a phrase… it would certainly affect performance, but this is not my area of expertise as I think you’ve already covered.”

Baroness Davidson resigned the leadership of the Scottish Tories in August 2019 shortly after Mr Johnson became PM and was given a life peerage in the House of Lords in July 2021.

The 43-year-old has not been afraid to criticise Mr Johnson, including early last month saying it was “arrant nonsense” for him to remain until a new leader is elected.

Meanwhile, Downing Street has signalled it is still committed to assisting a parliamentary inquiry into whether Mr Johnson lied to MPs over lockdown parties in No 10.

Leading allies of the Prime Minister have attacked the investigation by the Commons Privileges Committee denouncing it as a “witch hunt”.

It follows reports that a number of the committee members – including some of the Conservatives – have made public comments critical of Mr Johnson’s conduct during the “partygate” scandal.

However, the Prime Minister’s official spokesman said No 10 stood ready to assist the committee in its inquiries – and could continue to do so after Mr Johnson leaves office next month.

The spokesman also defended Mr Johnson’s holiday with his wife, Carrie, in Slovenia amid criticism he was “missing in action” during the cost-of-living crisis.

“I think the public understand that it is not unusual for the Prime Minister – for ministers – to take some time off during the summer recess,” they said.

The spokesman added that the trip had not involved the use of taxpayers’ money, but declined to say whether Mr Johnson – who is now back working in Downing Street – had paid for it himself.

“No taxpayers’ money was used for this. This was a private holiday. Any declarations will be made if required,” they said.