The Led By Donkeys protest is aimed at the Prime Minister’s Brexit stance. 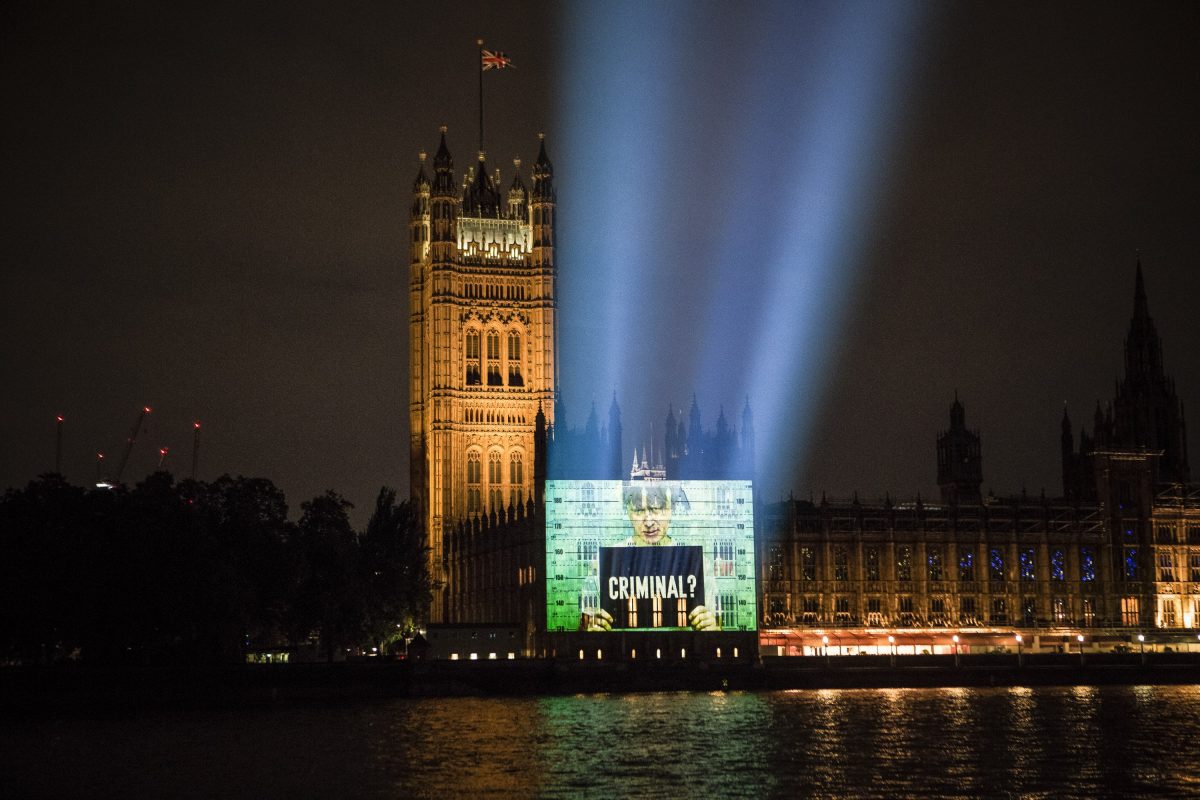 An depiction of Boris Johnson as a “criminal” has been projected on to the side of the Houses of Parliament.

Campaign group Led By Donkeys unveiled the image on Tuesday night in response to the Prime Minister’s threat to disobey a law passed by the House of Commons which aims to block a no-deal Brexit.

A video widely shared on Twitter of the animated faux police mugshot shows Mr Johnson holding a sign which reads: “Parliament make the law. Boris Johnson says he might break it. Is the Prime Minister a criminal?”

The giant projection is the latest in a series of protests by Led By Donkeys, which told the PA news agency earlier this month it plans to be “really busy” before the October 31 Brexit deadline.

On Saturday evening Mr Johnson was pictured dressed as a green duck on the side of Cardiff Castle accompanied by the words: “Lame Duck. Totally useless Prime Minister.”

The image was a reference to a Conservative Party advert depicting Jeremy Corbyn as a chicken, in a dig at his decision not to support a general election.

Earlier this month, the anti-Brexit group drew a portrait of Michael Gove so large it could “be seen from space” in the sand on the North Yorkshire coast.

The drawing was accompanied by a March quote when the Cabinet minister said the UK “didn’t vote to leave without a deal” in the 2016 EU referendum.

Hey Vote Leave leader @MichaelGove, remember in March you admitted there’s no mandate for No Deal cos nobody voted for it in the 2016 referendum? We thought we’d remind the country via a 7500sq/m sand installation on Redcar beach that can be seen from space. You’re welcome. pic.twitter.com/hWcLvwFRxA

Led By Donkeys first went viral in early 2019 with billboards sharing past statements from politicians, aiming to highlight their “hypocrisy”.

“The fact is our political leaders have got very used to being able to say whatever they like without being challenged,” Led By Donkeys’ Oliver Knowles told PA.

“That’s exactly why the Led By Donkeys campaign really works, because it pulls their words back into the public domain… and actually gets people to reappraise the words against the reality they see unfolding.”