Watson's latest intervention puts him on a fresh collision course with Jeremy Corbyn, who has made clear his priority is for an election once Parliament has closed off a no-deal Brexit. 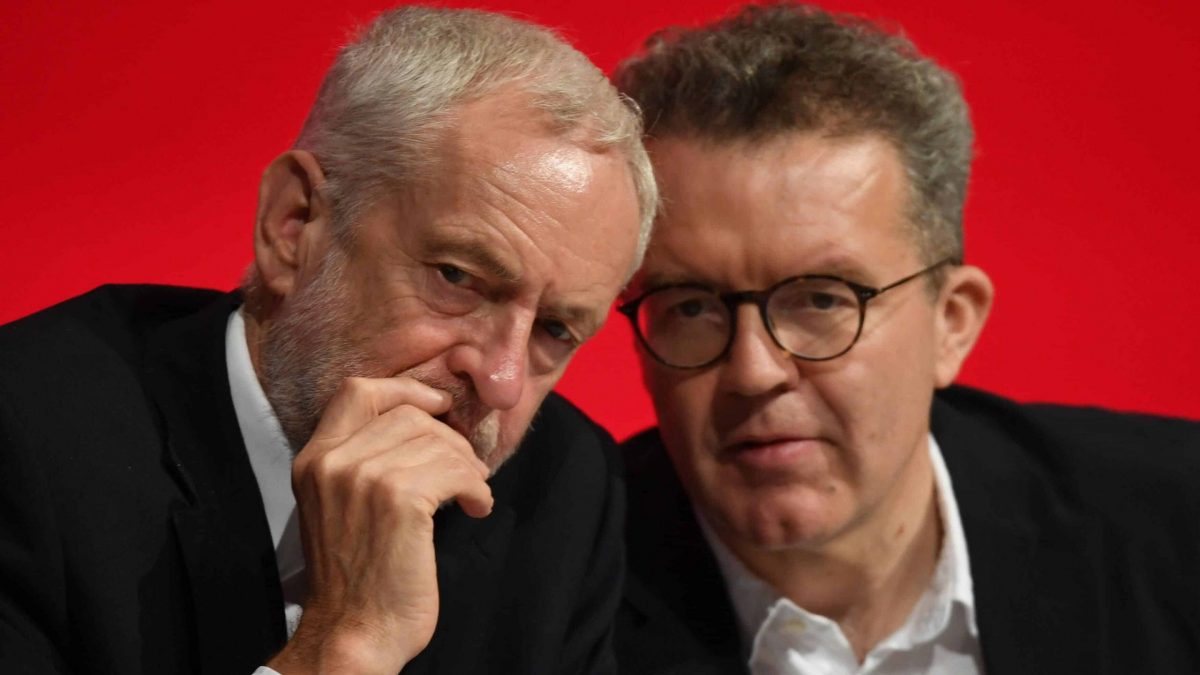 Labour’s controversial Deputy Leader has reignited conflict over the Labour Party’s Brexit policy. Tom Watson has defied Labour’s Brexit position as set out by Jeremy Corbyn yesterday in a speech to the Trade Union Congress in Brighton.

Labour leader Jeremy Corbyn yesterday outlined his desire for an election before a referendum to heal divisions and seek a fair solution for people who regard themselves as Remainers and Leavers. Corbyn insisted that any referendum must include a “credible leave option,” negotiated by Labour to leave the door open for Brexit voters to support Labour too.

The Deputy Leader – who has often been a thorn in Corbyn’s side – contradicted the policy carefully set out by Jeremy Corbyn yesterday and called for a referendum before a general election as the only way to “break the Brexit deadlock.”

Tom Watson argued that it is not too late for Labour to win back Remainers who have switched to supporting the Liberal Democrats who are campaigning unambiguously to revoke Brexit.

“No such thing as a good Brexit deal”

Watson defied Shadow Cabinet collective responsibility and exposed the divide among Labour MPs about how best to deal with the mess that is Brexit.

Speaking to Radio 4’s Today Programme, Labour MP Owen Smith, who failed in a leadership challenge to Jeremy Corbyn in 2016, explained: “for Tom Watson there is no such thing as a good Brexit deal. Any form of Brexit will leave Britain poorer and more isolated in the world.”

He said most Labour members and voters are against Brexit and that as “Labour doesn’t believe it’s a good thing,” the party “shouldn’t be bamboozled by Boris Johnson” into fighting an election on the Brexit issue.

“If we go into the middle of the road in a fudgey way we will be run down,” said the Labour MP for Pontypridd, supporting Watson’s insistence on delaying a General Election until after a second referendum.

An unequivocal position on Brexit

Addressing a Creative Industries Federation conference in London, Tom Watson argued that a “Brexit election” “might at this moment seem inevitable, but that doesn’t make it desirable. Elections should never be single issue campaigns.”

“Boris Johnson has already conceded that the Brexit crisis can only be solved by the British people. But the only way to break the Brexit deadlock once and for all is a public vote in a referendum. A general election might well fail to solve this Brexit chaos,” Watson added.

If there is a general election before a referendum, he added: “I will be arguing that our position going into that election should be totally clear – we must unambiguously and unequivocally back remain”.

“My experience on the doorstep tells me most of those who’ve deserted us over our Brexit policy did so with deep regret and would greatly prefer to come back; they just want us to take an unequivocal position that whatever happens we’ll fight to remain, and to sound like we mean it,” Watson argued.

Yesterday, Jeremy Corbyn met union leaders to seek a consensus that Labour continue backing a referendum giving the public the final say on Brexit when it is clear what that would involve. And at the same time offer people who voted to leave a viable option in such a referendum by seeking a deal from the EU to put on the ballot.

Shadow chancellor John McDonnell suggested on Sunday that such a deal would not involve lengthy negotiations with Brussels, but would be akin to the deal the EU member states had negotiated with  Theresa May’s administration.

Labour, he said, would seek to add clauses that came out of cross-party talks to break the parliamentary deadlock on Brexit earlier this year.

According to John McDonnell, Labour would seek to add temporary customs union membership to the Withdrawal Agreement as well as alignment with the EU on workers’ rights and environmental standards.

Yesterday in a barnstorming speech to the TUC, the Labour party leader laid out radical plans to redress imbalances in the UK economy and society for the many, not the few.

Labour are “ready for an election”

Labour MPs had been whipped twice in a week not to support Boris Johnson’s bid to trigger a snap general election, as Johnson refused to call for an election in a way that would allow MPs an amendment to make sure he didn’t move the date to push through a no-deal Brexit with parliament suspended.

Jeremy Corbyn told the TUC: “a general election is coming. But we won’t allow Johnson to dictate the terms.

“And I can tell you this: we’re ready for that election. We’re ready to unleash the biggest people-powered campaign we’ve ever seen. And in that election we will commit to a public vote with a credible option to leave and the option to remain.”

He warned of the damaging “Trump deal Brexit” Johnson appears to be after, and accused him of, “hijacking the referendum result to shift even more power and wealth to those at the top”.

Elsewhere, shadow Brexit secretary Sir Keir Starmer will appear at the Trades Union Congress (TUC) in Brighton on Wednesday and insist Labour will not be silenced in its bid to prevent the UK leaving the EU without a deal despite the suspension of Parliament.

In a speech to the TUC conference, he will tell delegates: “Prime Minister Johnson now thinks that by shutting down Parliament he will shut us up. Nothing could be further from the truth.

“Just as we worked throughout the summer to pass a law preventing no deal, so we will work each and every day we are shut down to enforce that law.”

A ComRes poll for the Daily Telegraph suggested 43% of voters believe the UK should leave without a deal on October 31 if the EU refuses to make any more concessions compared to 32% who disagree and 25% who answered “don’t know”.

But 46% agreed they are “fearful” of the consequences of a no-deal Brexit while 33% disagreed and 21% answered “don’t know”.

The poll was conducted between September 6 and 8, with 2,016 British adults surveyed.

Wednesday will also mark a deadline set by MPs for the Government to publish communications connected to prorogation and no-deal Brexit planning.

Former attorney general Dominic Grieve’s demand for all written and electronic contact about the temporary suspension of Parliament and Operation Yellowhammer documents since July 23 to be released was approved by 311 votes to 302 on Monday.

He used the parliamentary device of a humble address to the Queen to ask for the documents to be put before the Commons by ministers by no later than 11pm on Wednesday.

The Government described the scope of the information requested as “disproportionate and unprecedented”, adding in a statement after the vote: “We will consider the implications of this vote and respond in due course.”