New polling suggests the Tories could lose the Wakefield by-election by up to 20 points. 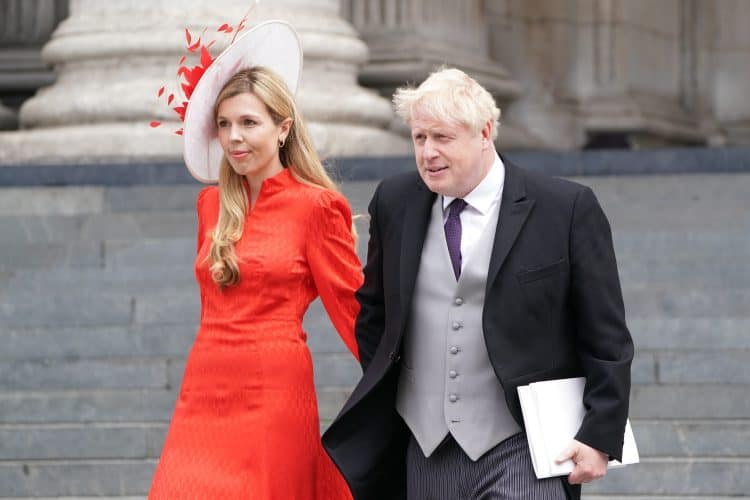 Boris Johnson could reportedly face a crunch vote on his premiership as new polling predicted the Conservatives risk being pummelled in a key electoral contest.

A survey of voters in Wakefield, who will go to the polls on June 23 to elect a new MP, has suggested the Tories could lose the by-election by as much as 20 points in an indication the revelations about Downing Street lockdown-busting gatherings have hit the party’s popularity in a battleground seat.

The Prime Minister secured his landslide 2019 majority off the back of scalps in the so-called Red Wall, with traditional Labour-supporting areas in the North of England, the Midlands and Wales switching their support to the Tories.

But the Wakefield constituency polling by JL Partners and reported in The Sunday Times is likely to make for anxious reading for Tory campaigners, with the company putting Labour on 48 points compared with 28 points for Mr Johnson’s outfit – a 19 point slip on the winning Tory performance two-and-a-half years ago.

The poll findings come amid reports the threshold for a no-confidence vote might have been reached, with suggestions a leadership test could be coming as soon as Wednesday.

The polling expert said the top reason swing voters in the West Yorkshire seat – who are voting for a candidate to succeed former Tory incumbent Imran Ahmad Khan after he was found guilty of sexually assaulting a boy – gave for preferring Labour was because “Boris Johnson tried to cover up partygate, and lied to the public”.

According to the company, 60% of those interviewed for the survey taken online between May 13-22 had a negative opinion of the Prime Minister.

James Johnson tweeted: “The main hesitations about voting Conservative: trust, Boris, and a sense the Tories are out of touch and only care about the rich.

“All signs are that partygate has crystallised historic concerns about the Tories and turned the people of Wakefield decidedly against them.”

The survey could pile more pressure on the PM, who faces a second test in the Tiverton and Honiton by-election on the same day as Wakefield, in the wake of the party revelations.

Last month, an investigation published by senior civil servant Sue Gray laid bare the details of a host of Covid rule-breaching gatherings held in No 10 and Whitehall.

The inquiry found that raucous parties had taken place, with staff throwing up, getting into altercations and being rude to security staff.

The Prime Minister was found to have attended a number of leaving dos for aides, giving speeches and joining in the drinking of alcohol, despite him at the same time telling the public not to see sick and dying loved ones in a bid to stop the spread of the virus.

The publication of Ms Gray’s findings have accelerated calls for Mr Johnson to resign, with almost 30 Tory MPs having called for him to quit and more publicly voicing criticisms.

Under Conservative Party rules, if 54 letters of no confidence in his premiership are submitted to Sir Graham Brady, the chairman of the 1922 Committee of backbench Tories, then a leadership vote will be held.

The Sunday Times said it had been told as many as 67 letters had gone in which, if correct, would mean the threshold has been reached.

The rebels would need 180 voters to remove the Prime Minister from power during the secret poll, otherwise affording him, by the current rules, a year’s stay of execution before another bid to oust him can be held.

A vote this week on his future as Britain’s Prime Minister would cap a bruising few days for Mr Johnson, who on Friday was booed upon his arrival, alongside his wife Carrie, for a service at St Paul’s Cathedral to celebrate the 70th anniversary of the Queen’s reign.

Related: ‘Start the serious conversation:’ Australia mulls a republic as Jubilee celebrations spread Down Under