Who had 'sending in the army to keep airports running' on their Brexit bingo card? Things are just going from bad to worse, here. 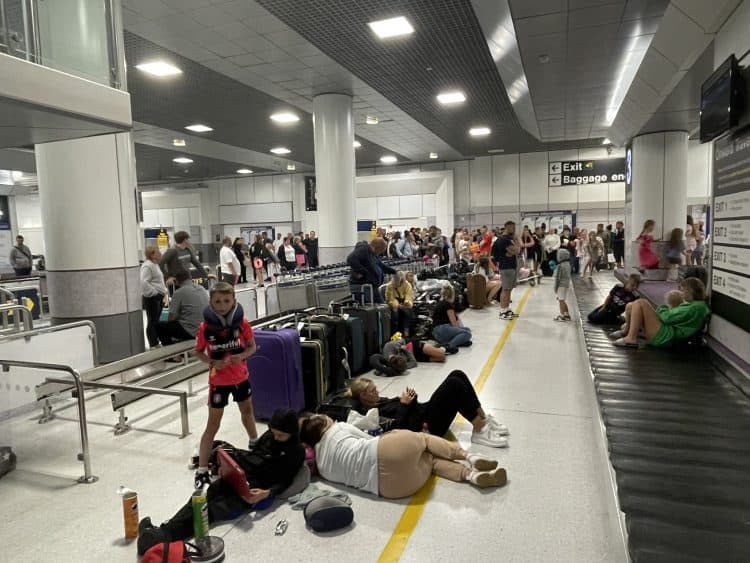 When the Brexit backers were plastering falsehoods on the side of red buses back in 2016, even the most sceptical of all Remain voters wouldn’t have predicted things could have got to this point…

UK airport chaos… what is happening?

Mass staffing shortages at airports and airlines across the country have brought the domestic aviation industry to its knees. Huge queues and delays have been reported at some of the biggest travel hubs in the UK, and flight operators are having to scale-back their schedules.

The maddening scenario has ruined the travel plans of THOUSANDS – prompting Ryanair boss Michael O’Leary to make rather controversial suggestion – he now wants British soldiers to help manage the chaos.

O’Leary’s call for the army to step in is based on his experiences more than 20 years ago. He believes that the armed forces played a major role in keeping air travel rolling shortly after 9/11, and in his eyes, they can perform a similar service this time round.

“If you really want to eliminate the security queues at airports for the next eight to 12 weeks and ensure that hard-pressed British families can get a well deserved holiday, call in the defence forces because they can solve the problem.”

“The British have the best trained military personnel in Europe. They can go in and help out, particularly at weekends, at airport security where the airports are short-staffed.”

“Pre-Brexit you would have had lots of eastern Europeans doing baggage handling, the check-in jobs and the airport security jobs. They all went home during Covid. There is a real tightness in the labour market, which is an absolutely direct result of Brexit.”

It’s not just Ryanair lashing out at the Brexit-fuelled travel nightmare. Jet2 chief Steven Heapy says that Brexit has excluded ‘thousands, if not millions’ of people out of the industry.

But hey, at least we get to look at our blue passports while we’re waiting at the luggage carousel for six hours…

“Mr Heapy expressed his frustrations with the current employment market – as Brexit has taken hundreds of thousands, if not millions, of people out of the job market and that is having an impact on many industries, including ours.”