Hundreds of thousands have signed a petition urging Downing Street to give fans Monday off work. 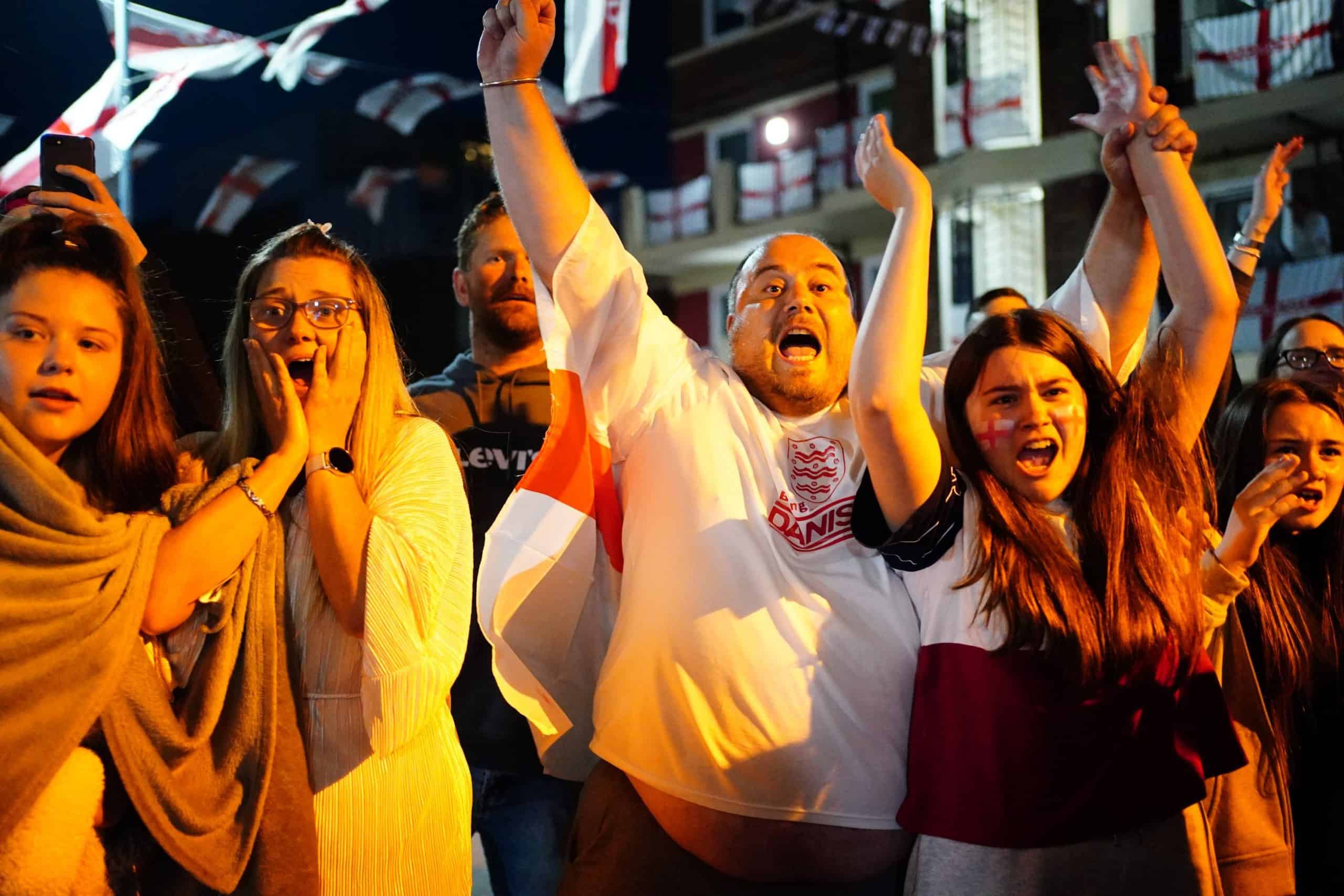 Boris Johnson has refused to rule out the prospect of an emergency bank holiday should England win Euro 2020 on Sunday.

The prime minister has come under pressure to consider a one-off day off in the event of the Three Lions winning the tournament after defeating Denmark 2-1 at Wembley on Wednesday night.

Asked during a visit to energy company Bulb’s central London headquarters on Thursday about the prospect of a bank holiday if England beat Italy in the final, Johnson said: “I think that would be tempting fate; let’s see what happens.”

Calls to have Monday off have intensified, with more than 100,000 signatures on a petition hosted on the parliament website.

It reads: “Sunday 8pm is a difficult time for families to plan to be together for the event – knowing we have an additional day off the next day would significantly help this.

“Furthermore, a historic win should be celebrated. It would be expected for the winning team to parade the trophy, and a bank holiday would be a perfect time to do this.

“Also, English people would naturally want to continue to enjoy the win, giving the retail and leisure industry a much-needed opportunity to make up lost revenues.”

Downing Street has said it will set out any celebrations such as a victory parade for the England team “in due course”.

The prime minister’s official spokesman said: “I don’t want to pre-empt the outcome of Sunday’s match. Clearly we want England to go all the way and win the final, and then we will set out our plans in due course.

“We will hopefully, when England go on to win, then go on to set out our plans.”

Downing Street also said employers who are able to should be flexible about allowing staff to go in to work late on Monday or take the day off if England win.

The match will be over by 10pm if it is settled in normal time.

However, the prospect of extra time and a penalty shoot-out mean the game could finish closer to 11pm.

Johnson has already said pubs can stay open until 11.15pm this Sunday to reduce the risk of customers being told to leave before the match ends.

Wednesday’s victory over Denmark went to extra time and finished at around 10.45pm.