Sweeping reforms of the UK asylum system were introduced to parliament earlier this week under the Government’s Nationality and Borders Bill. 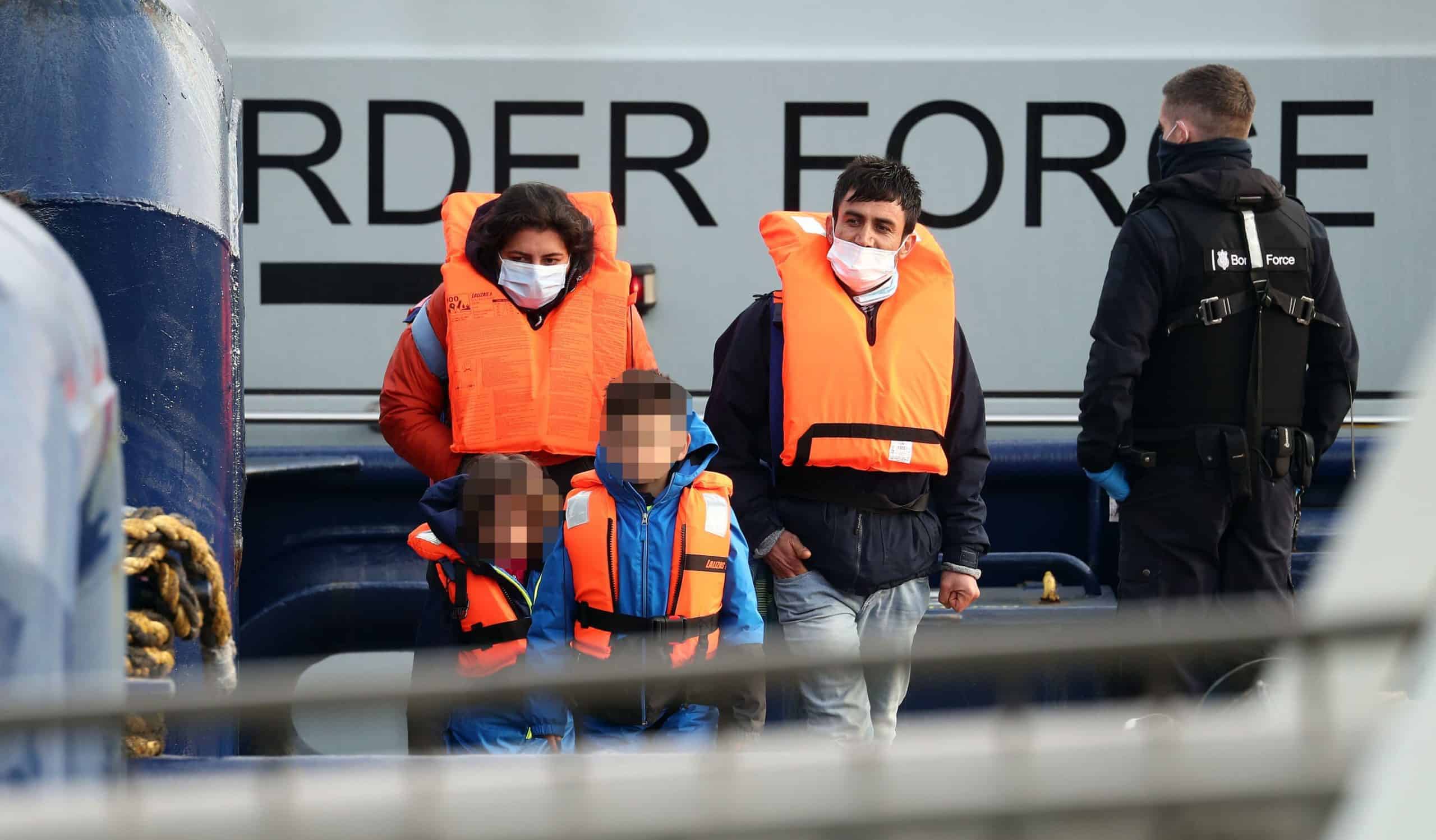 The UN’s refugee agency has likened planned UK asylum reforms to an “almost neo-colonial approach” to “shift burden” rather than “share responsibilities” on providing support to refugees.

Gillian Triggs, assistant high commissioner for protection at the United Nations High Commissioner for Refugees (UNHCR) told a Chatham House briefing on Thursday of the organisation’s “deep concern” at some of the proposals.

Sweeping reforms of the UK asylum system were introduced to parliament earlier this week under the government’s Nationality and Borders Bill.

Dubbed the anti-refugee Bill by campaigners critical of the plans, the proposed laws could see Border Force officers given powers to turn back migrants at sea.

It also contains provisions to set up offshore processing centres which could see asylum seekers sent away from the UK while their claims are determined, giving rise to reports of plans to share a site with Denmark in Rwanda and reviving speculation over suggestions Ascension Island could be sought as another destination.

She said the UNHCR is “absolutely dismayed that some of our strongest supporters historically are now playing with this idea of externalising their responsibilities”, adding: “What we are finding is that western, developed and wealthy countries are now not sharing responsibilities but shifting burdens to these poor countries.”

Describing Australian policies as having “disastrous consequences”, she said: “To see Denmark and now the United Kingdom looking at the same ideas is a matter of deep concern to UNHCR because we see it as almost a neo-colonial approach.

“You pass it off to…African countries and you wash your hands with it. You might pay a lot of money… but nonetheless to shift the burden in that way without the safeguards is a problem.”

Neo-colonialism is characterised as the use of economic, political, cultural, or other pressures to control or influence other countries.

States could instead still agree between themselves to share the responsibilities with safeguards in place, she said, adding: “There’s no doubt at all that the Denmark example, and now we see the United Kingdom introducing legislation to the same effect, we are deeply, deeply concerned for the future of the asylum system. Because if we push back at the borders and we do not allow a claim to be made at the border, you pretty much undermine the entire asylum system.”

Asked if “externalisation”, should it continue, represents an “existential threat to the whole international refugee protection regime”, she replied: “We believe it is a profound threat to the system.”

But she said the UK and Denmark’s attempts are not expected to be successful because they are “having a great deal of difficulty finding partners”.

The Home Office has refused to comment on the progress of any negotiations but talks with some countries are said to be ongoing.

So far no deals have been struck with any EU states, it is understood.

“We have to warn against it but at the same time we have to be realistic, that countries that are being approached to be part of these schemes are saying ‘under no circumstances’,” Triggs added.

Part of Home Secretary Priti Patel’s pledge for a “fair but firm” new plan for immigration intends to make it a criminal offence to knowingly arrive in the UK without permission, with tougher sentences for those found doing so and for people smugglers.

The Home Office insists the changes will “prioritise those most in need of protection while stopping the abuse of the system”.

Triggs said it is sad and ironic that such plans are being discussed as the world marks 70 years since the Refugee Convention – the treaty defining the rights of those granted asylum, who can claim it and the responsibilities of nations – was established, adding: “We have to fight very hard today to ensure that those fundamental principles are remembered and understood.”

Related: Johnson warns of a Jewish exodus from Northern Ireland due to Brexit protocol