‘Boring is back’, Michael Gove says after Cabinet return

Mr Gove, who made a return to Cabinet yesterday as Levelling Up Secretary, spoke at the London Press Club Awards on Wednesday. 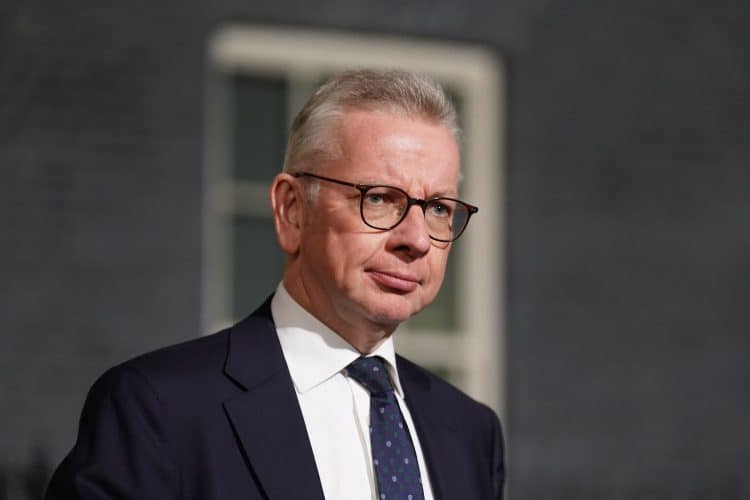 Michael Gove has said that “boring is back” during a speech in central London.

Gove, who made a return to Cabinet yesterday as Levelling Up Secretary, spoke at the London Press Club Awards about how he believed the arrival of Rishi Sunak as Prime Minister would bring to an end the chaos of recent months.

In his speech, he said he was “grateful” for the fact that Sunak on Tuesday stressed “that after 12 months of turbulence, after a rolling news buffet, an all-you-can eat story extravaganza, that boring is back”.

The former journalist had been set for a role at Times Radio, before being offered a return to Government after the exit of Liz Truss.

He was dramatically sacked by Boris Johnson over the summer as the prime minister’s administration collapsed.

Reflecting on the often non-stop political drama over the last year, he told the room: “Now is the time I think for, certainly on the part of Government, nerves to settle. For us to get back to the business of Government in a quiet way.”

He would, he joked, apologise to the media for the Government’s “utter determination to try to be as dull as possible”.