The offer has been released ahead of the final presidential debate this evening. 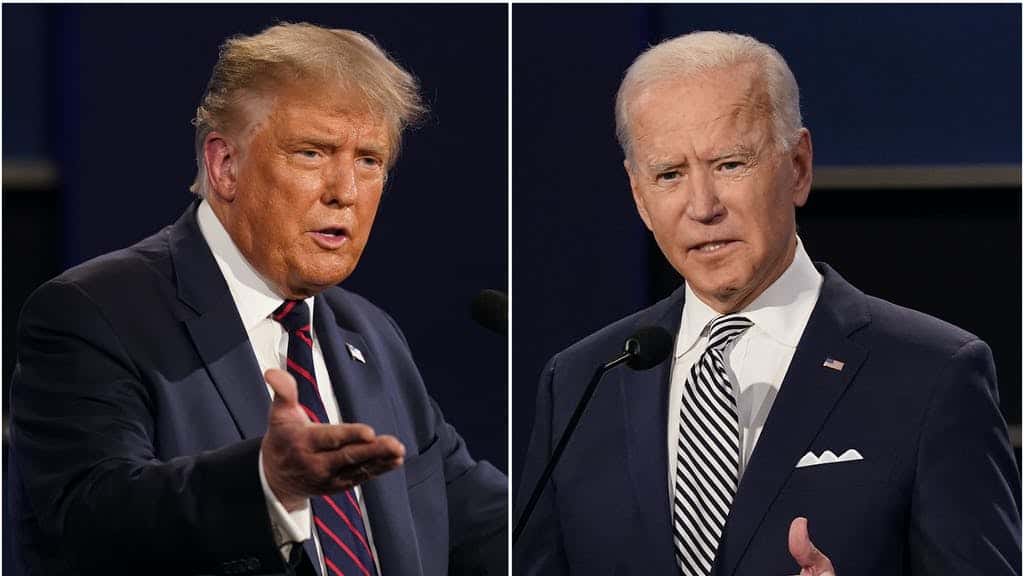 A bookmaker has priced Donald Trump at 50/1 to win the upcoming election as Joe Biden continues to lead by a double digit gap in the polls.

The offer, which is only available to new punters, launches with less than two weeks until the big day.

The President and his Democratic rival will go head-to-head in the final debate tonight after the planned second debate was cancelled due to Trump’s Covid diagnosis.

After viewers of the last presidential debate bemoaned the moderator’s inability to cut off the candidates’ microphones, each candidate’s mic will be turned off while his opponent gives a two-minute answer to an initial question on each debate topic.

The debate will be moderated by NBC News White House correspondent Kristen Welker. She will be the first black woman to serve as the moderator of a presidential debate since Carole Simpson in 1992.

Despite polling showing that Trump is behind in several key states, social sentiment on Twitter found people in only Alabama, New Mexico and Minnesota were speaking more positively of Biden than Trump, with South Dakota, Washington and Vermont seeing the pair evenly matched.

Currently, BetVictor are pricing Joe Biden as 8/15 in line with what the national polls are suggesting, while Trump can be backed at 6/4, which can be boosted to 50/1 for new customers.

Related: ‘Tone-deaf’ – Reactions as Ivanka Trump reveals how she has spent her time during pandemic