“Bet he won’t say that to Johnson’s face who’s only just admitted exactly how many children he has," one Twitter user said. 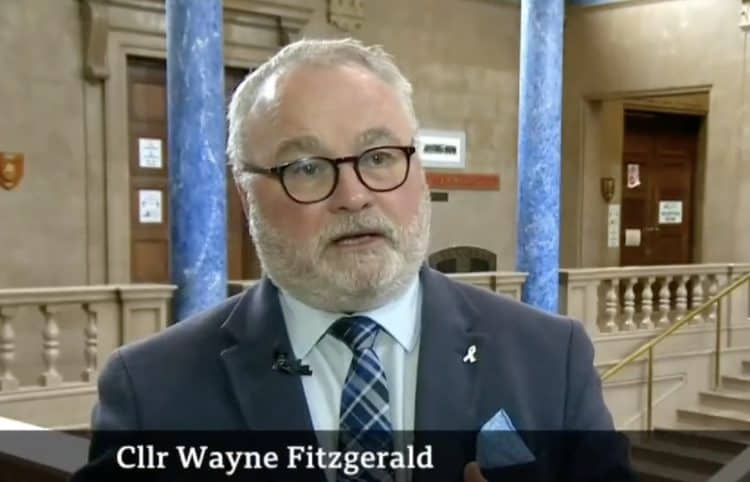 A Tory council leader said UK people should take responsibility for how many children they have when it comes to avoiding financial problems.

Speaking to BBC News, councillor Wayne Fitzgerald, Tory leader of Peterborough City Council said: “Finances for many are a critical. But there are other ways in which you can go and generate money for your family.

“I think I would be one of the first to say here that families should take responsibility for themselves, the way they live their lives, how many children they have, what they do with their cash, what jobs they have.”

Dave Harding said: “The obviously overweight Cllr Fitzgerald is eating better than some in Peterborough.”

“Silly me, I thought the welfare of the people was the government’s responsibility,” scholar Maria Norris said.

One Twitter user said: “Bet he won’t say that to Johnson’s face who’s only just admitted exactly how many children he has and got some rich donor to pay for his wallpaper”.

Another added: “Guess what. Governments should take responsibility for destroying supply chain, businesses, futures, lives in this country when they conned people into voting against their own interests.

“The Tory government is responsible for the suffering families experience.”

Last month, prime minister Boris Johnson finally confirmed he is a father of six as he offered a glimpse into his murky private life.

Speaking to the Today morning show, he was asked if he was a father of six, replying, ‘yes’.

He said: “It’s fantastic. It’s a lot of work, I’ll tell you that much.

“But I love it, I absolutely love it. I change a lot of nappies.”

The discussion surrounding families’ financial responsibility comes amid the government’s determination to cut £20 a week from Universal Credit payments.

She told BBC Breakfast: “I’m conscious that £20 a week is about two hours’ extra work every week – we will be seeing what we can do to help people perhaps secure those extra hours, but ideally also to make sure they’re also in a place to get better paid jobs as well.”

Pressed about asking people to work longer, Ms Coffey said: “It’s a temporary uplift recognising the reason that it was introduced is coming to an end.”

She also said the nation is “seeing record numbers of vacancies”.

Related: Watch: Boris Johnson FINALLY admits how many children he has