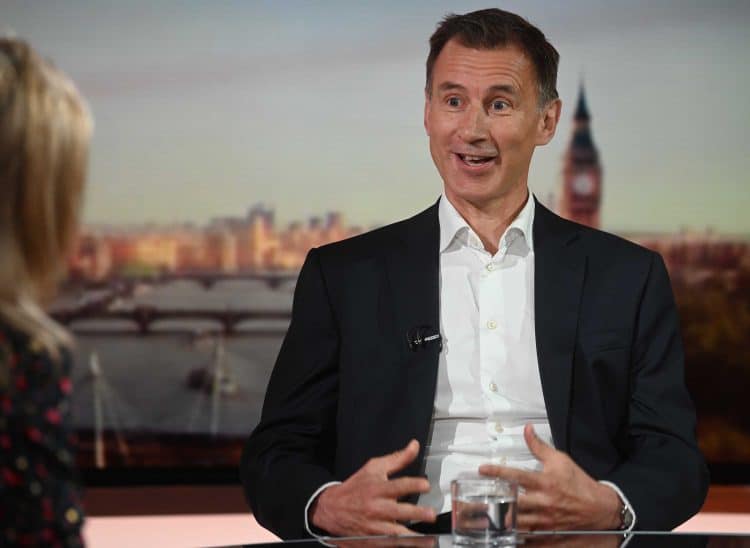 It’s been a tough couple of days for Jeremy Hunt.

After provoking the wrath of Nadine Dorries by coming out against Boris Johnson on Monday, the Tory leadership hopeful had his name mispronounced by a newsreader – again.

Sky’s Sophy Ridge referred to the former foreign secretary as ‘Jeremy C**t’ during a live broadcast on Monday night – and carried on without seeming to realise.

It isn’t the first time Hunt’s name has been mispronounced to hilarious effect – but the timing of this latest instance is sure to sting.

Dorries accused Hunt of “destabilising the country” on Monday, after he confirmed he would vote against Johnson in a confidence vote.

The outspoken culture secretary tweeted: “Your duplicity right now in destabilising the party and country to serve your own personal ambition, more so…

“You’ve been wrong about almost everything, you are wrong again now.”

Dorries then doubled down on her criticism of Hunt, tearing into him in an interview with Sky News ahead of Monday night’s vote.