"Stop criminalising communities and invest in them instead," Jeremy Corbyn said. 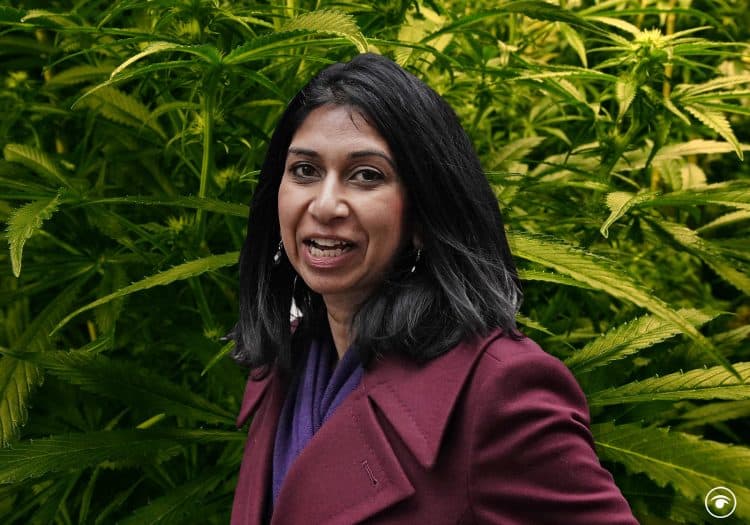 Suella Braverman is said to be “receptive” to calls for the drug to be upgraded from Class B to Class A, according to a Home Office source.

The Times reported that Braverman has told allies she is on the “same side” as a group of Tory police and crime commissioners (PCCs) who have called for the drug to be reclassified.

The commissioners are said to have made the case for re-evaluating penalties based on new health data at the Conservative Party conference in Birmingham.

In remarks cited by the newspaper, David Sidwick, the Dorset PCC, said: “We’re seeing it because it’s a gateway drug.

Reclassifying cannabis from Class B to Class A would boost the maximum penalty for possession from five to seven years in prison, and from 14 years to a life sentence for supply and production.

The move would come as other world leaders, such as Joe Biden, move towards a more soft-touch approach towards the drug.

Reaction to the plans on social media has been pretty fierce.

Former Labour leader Jeremy Corbyn called on the government to “stop criminalising communities and invest in them instead”.

While journalist Ian Dunt wasn’t backwards about coming forward with his thoughts.

Here’s a pick of what other people had to say:

Related: Sacked minister in line for a knighthood is the one who walked in on Boris and Carrie in a ‘compromising situation’