Bercow said on Sunday there has been “no barter, no trade, no deal whatsoever” after launching an attack on the Conservatives under Boris Johnson as he switched sides. 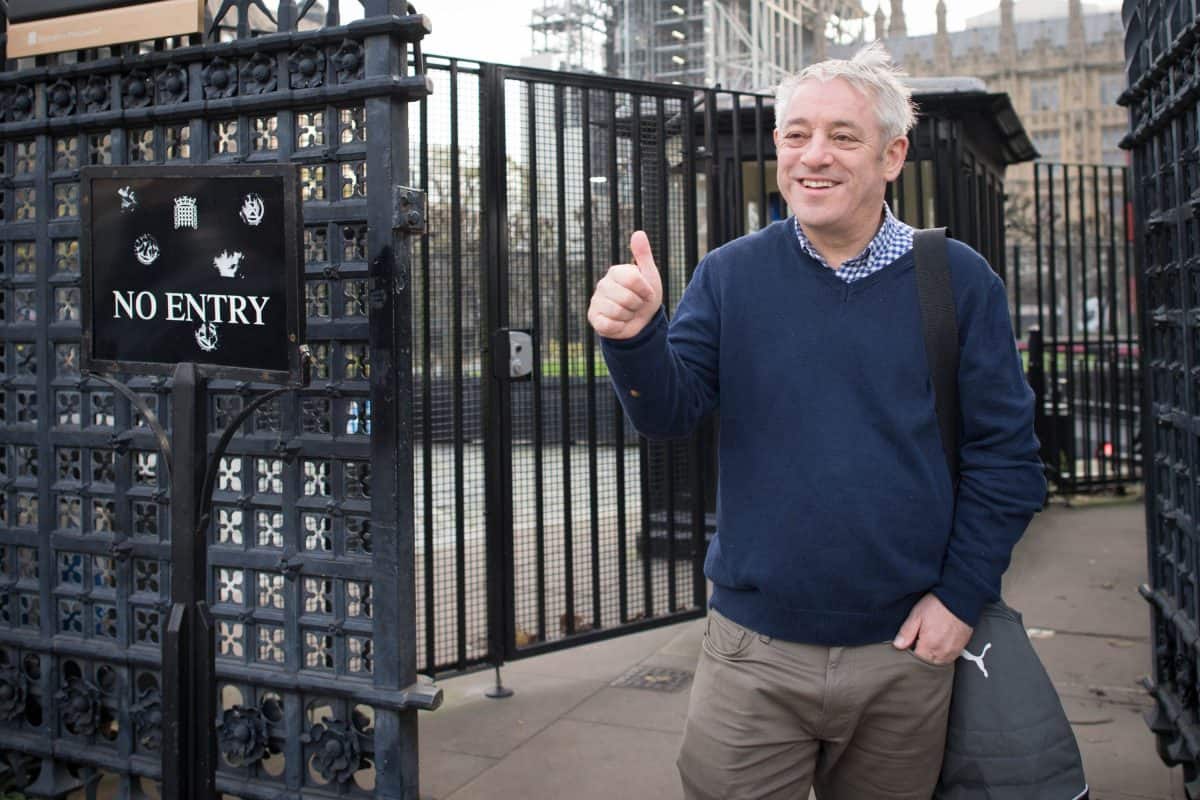 John Bercow has denied discussing the prospect of a peerage with Sir Keir Starmer after the former Commons speaker and Tory MP defected to the Labour Party.

Mr Bercow said on Sunday there has been “no barter, no trade, no deal whatsoever” after launching an attack on the Conservatives under Boris Johnson as he switched sides.

There is reportedly no chance Labour would nominate Mr Bercow for a peerage under Sir Keir’s leadership and that there have been no discussions between his office and the former speaker over joining the party.

During his 10 years in the speaker’s chair, Mr Bercow made numerous enemies among Tory Brexit-supporting MPs due to a series of decisions perceived as favouring the Remain camp.

The Tories also enraged Mr Bercow by breaking with long-standing convention to elevate a retiring speaker to the House of Lords, amid allegations that he bullied parliamentary staff, which he has always denied.

Critics linked Mr Bercow’s defection to an alleged plot to win a fresh nomination for a peerage from the current Labour leader.

But Mr Bercow told Sky’s Trevor Phillips On Sunday: “I’ve had absolutely no discussion whatsoever, either with Keir Starmer or any other member of the Labour leadership about that matter.

“There has been no barter, no trade, no deal whatsoever.

“And if I may very politely say so, and I do, the people who make what they think is that potent and coruscating criticism of me are operating according to their own rather low standards.”

Conservative MP Andrew Bridgen is among those who has alleged Mr Bercow was operating a “cynical” and “cunning” plan to be nominated as a Labour peer.

Asked what he would do if the Labour leader rang him and offered him a peerage, Mr Bercow said: “It isn’t in my mind, it’s not part of the game plan, I haven’t discussed it, I’m not waiting for it. What I’m motivated by is a commitment to equality, social justice and internationalism.”

Last year, Mr Bercow claimed there was a “conspiracy” to stop him getting a peerage.

Labour under Jeremy Corbyn nominated him for elevation after the Tories declined to do so, but he is yet to reach the House of Lords.

Mr Bercow served as a Tory MP for 12 years until he was elected speaker in 2009. He left the speaker’s chair and the Commons in 2019.

In announcing he had joined Labour in recent weeks, he said he regards the Conservatives under the Prime Minister’s leadership as “reactionary, populist, nationalistic and sometimes even xenophobic”.

“The conclusion I have reached is that this Government needs to be replaced. The reality is that the Labour Party is the only vehicle that can achieve that objective. There is no other credible option,” he told the Observer.

Justice Secretary Robert Buckland said Mr Bercow had diminished his influence by coming out in support of Labour and said he “totally” disagrees with his characterisation of the Tories.

The Cabinet minister told Sky’s Trevor Phillips On Sunday: “I think as a former speaker he’s somebody that even though he’s left office does carry a degree of authority like his predecessors and I think his predecessors’ authority was enhanced by their refusal to go back into party politics.

“But I think him joining a political party actually has the effect of diminishing the force of his voice in politics, however strong he wants it to be.”

Mr Bercow insisted his switch to Labour is “not personal against” Mr Johnson and said it was “something that changed in me”, adding: “I identify with Labour values, Labour principles, Labour policies.”

The Labour leader’s office has not commented on Mr Bercow joining the party.