People in England made 721,469 appointments through the national booking service on Friday. 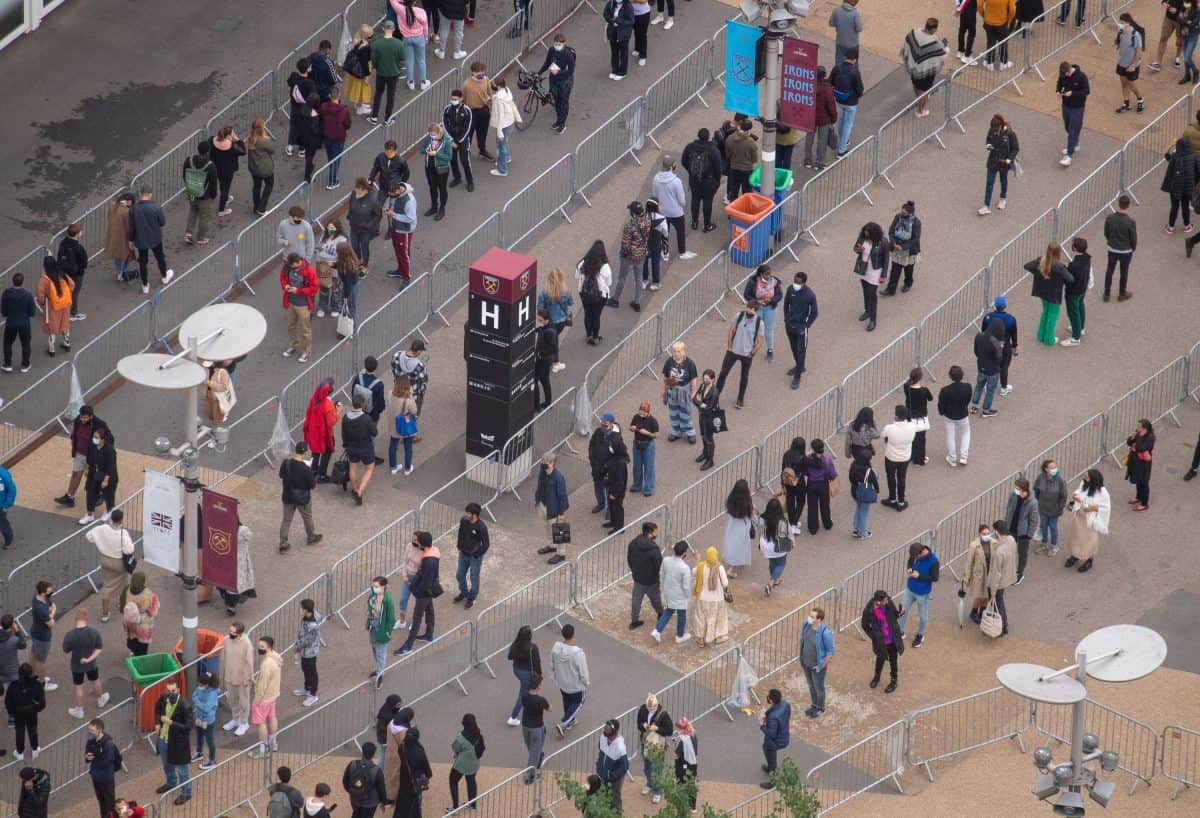 People in England made 721,469 appointments through the national booking service on Friday, more than 30,000 an hour or more than eight every second.

NHS England said this does not include appointments made through local GP-led vaccination services, or people getting jabbed at walk-in centres.

Everyone aged 18 and over is being urged to arrange a jab if they have not yet had one, as the health service enters the final push to protect the country against the virus.

Public Health England said there has been a 79% rise in one week in cases of the Delta variant, first identified in India, with the increase being driven by younger age groups.

On Saturday, thousands of jabs were administered after stadiums and football grounds in London were transformed into mass vaccination centres.

There were also pop up clinics at universities, such as in York and Canterbury.

The bookings surge came at the end of a week which had already seen almost 1.8 million appointments made in just three days, after the NHS vaccination programme opened up to people in their early twenties.

Some 692,299 appointments were made on Tuesday when 23 and 24-year-olds became eligible for a jab, with another 635,478 booked on Wednesday when the programme was extended to those aged 21 and 22.

There were another 456,366 appointments made on Thursday, meaning more than 2.5 million appointments were booked in just four days since booking opened to under 25s on Tuesday.

NHS chief executive Sir Simon Stevens said: “This pandemic has been a challenge for everyone but the various restrictions have hit young people particularly hard.

“That’s why it’s good news that Covid vaccinations are now open to all adults across the country, and already well over three million people in their twenties have now had their first jab.

“So if you’re 18 and over and haven’t yet had yours, now’s the time. It’s the single easiest way to protect yourself, keep friends and family safe, and hopefully give us all our summer freedoms back.

“Please encourage your friends and loved ones to do the same, as we’re now in the race to the finish line.

“The more of us who are vaccinated, the safer we all are, and the sooner freedom can return.”

Health Secretary Matt Hancock said: “It’s incredible to see the enthusiasm young people are showing for vaccination across the country, and it is a testament to the fantastic work of the team in keeping as many people safe from Covid-19 as possible.

“If you’ve yet to book your appointment, I urge you not to hesitate in getting your jab and securing this protection for yourself and your loved ones.”