The Knesset approved a new coalition led by Naftali Bennett. 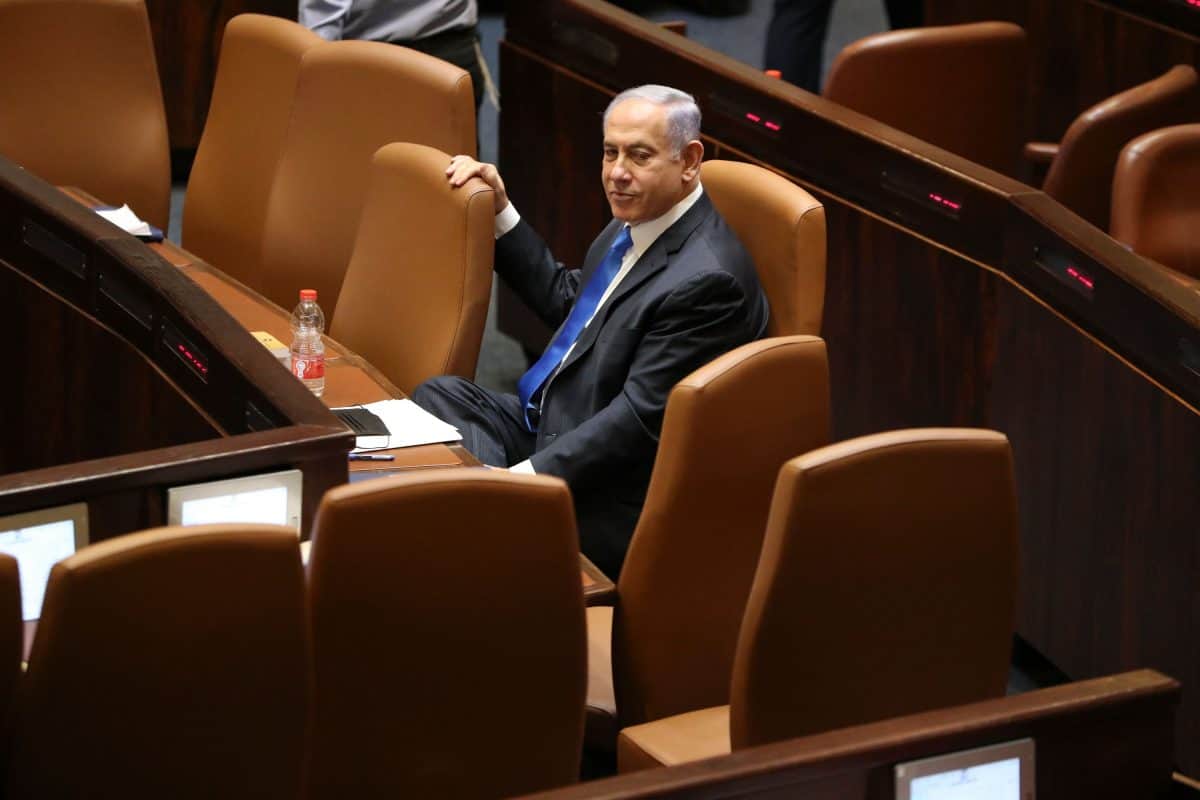 Naftali Bennett, the head of a small ultranationalist party, was sworn in as prime minister after a narrow 60-59 vote in parliament.

But if he wants to keep the job, he will have to maintain an unwieldy coalition of parties from the political right, left and centre.

The eight parties, including a small Arab faction that is making history by sitting in the ruling coalition, are united in their opposition to Mr Netanyahu and new elections but agree on little else.

They are likely to pursue a modest agenda that seeks to reduce tensions with the Palestinians and maintain good relations with the US without launching any major initiatives.

Mr Netanyahu sat silently during the vote. After it was approved, he stood up to leave the chamber, before turning around and shaking Mr Bennett’s hand.

A dejected Mr Netanyahu, wearing a black medical mask, briefly sat in the opposition leader’s chair before walking out.

Mr Netanyahu, who is on trial for corruption, remains the head of the largest party in parliament and is expected to vigorously oppose the new government.

If just one faction bolts, it could lose its majority and would be at risk of collapse, giving him an opening to return to power.

The country’s deep divisions were on vivid display as Mr Bennett addressed parliament ahead of the vote. He was repeatedly interrupted and loudly heckled by supporters of Mr Netanyahu, several of whom were escorted out of the chamber.

Mr Bennett’s speech mostly dwelled on domestic issues, but he expressed opposition to US efforts to revive Iran’s nuclear deal with world powers.

“Israel will not be a party to the agreement and will continue to preserve full freedom of action.”

A return to normalcy

Mr Bennett nevertheless thanked President Joe Biden and the US for its decades of support for Israel.

Mr Netanyahu, speaking after him, vowed to return to power. He predicted the incoming government would be weak on Iran and give in to US demands to make concessions to the Palestinians.

“If it is destined for us to be in the opposition, we will do it with our backs straight until we topple this dangerous government and return to lead the country in our way,” he said.

The new government is meanwhile promising a return to normalcy after a tumultuous two years that saw four elections, an 11-day Gaza war last month and a coronavirus outbreak that devastated the economy before it was largely brought under control by a successful vaccination campaign.

The driving force behind the coalition is Yair Lapid, a political centrist who will become prime minister in two years, if the government lasts that long.

He called off a planned speech to parliament, instead saying he was ashamed that his 86-year-old mother had to witness the raucous behaviour of his opponents. In a brief speech, he asked for “forgiveness from my mother”.

“I wanted her to be proud of the democratic process in Israel. Instead she, along with every citizen of Israel, is ashamed of you and remembers clearly why it’s time to replace you,” he said.

The new government is expected to win a narrow majority in the 120-member assembly, after which it will be sworn in. The government plans to hold its first official meeting later this evening.