According to Guido, Boris Johnson is already nearly two-thirds of the way to getting the support of the 100 MPs needed. 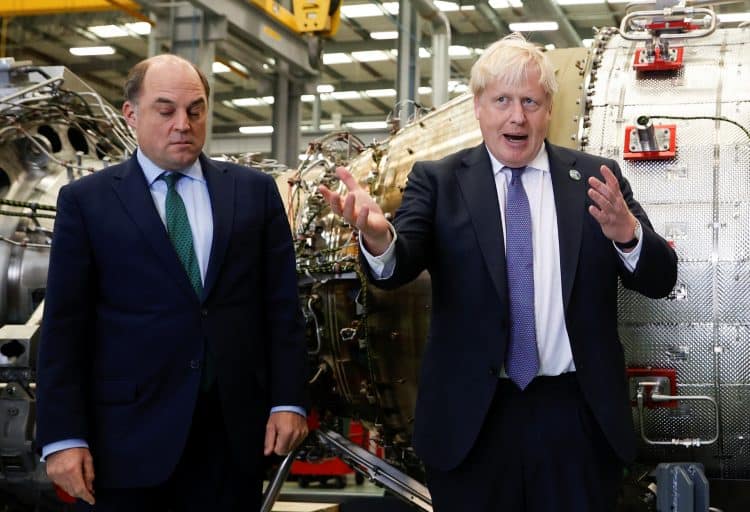 Defence Secretary Ben Wallace has thrown his weight behind Boris Johnson to succeed Liz Truss as Prime Minister as he ruled himself out of the Tory leadership race.

Pointing to Mr Johnson’s record on defence spending and citing the mandate he achieved in 2019, the Cabinet minister said it was important to think about “who could win the next election” for the Conservatives.

It comes as Tories have begun to declare their allegiances in the party’s second leadership contest in just four months, as speculation mounts over who will seek to replace Ms Truss at the helm of the party.

Supporters of Mr Johnson are backing the former prime minister to make an extraordinary political comeback while ex-chancellor Rishi Sunak and Commons Leader Penny Mordaunt also have the public support of several MPs, should they choose to run.

An ally of Ms Mordaunt said the Cabinet minister is not currently working on a leadership bid, though she is “taking soundings” from colleagues on the prospect of her standing for the top job.

There has also been no declaration yet from Mr Sunak, who did not answer questions from reporters as he left his home on Friday morning.

Mr Johnson – who has not ruled himself in or out of the race – already has the support of Business Secretary Jacob Rees-Mogg, who tweeted a graphic saying “I’m Backing Boris” alongside the hashtag #BORISorBUST.

But veteran backbencher Sir Roger Gale, a long-time critic of Mr Johnson, has warned that if the former PM succeeds he could be met with a wave of resignations by Tory MPs.

Mr Wallace argued that without national security there is “no economic security”, and said he believes it is “important” that whoever puts themselves forward for the top job indicates that.

But he said he also has to “recognise the issue of the mandate”.

“This will be potentially our third prime minister since the general election of 2019, that means we have to think about that legitimacy question that the public will be asking themselves, and also about who could win the next election – that’s obviously important for any political party at the time,” he told broadcasters.

“So at the moment, I would lean towards Boris Johnson. I think he will still have some questions to answer around, obviously, that investigation, but I know when I was Secretary of State for Defence, he invested in defence, he supported me, he supported the actions this country has taken to keep us safe.”