The PM has vowed to take action on the Northern Ireland Protocol if the EU refuses to ditch aspects of the post-Brexit trading deal. 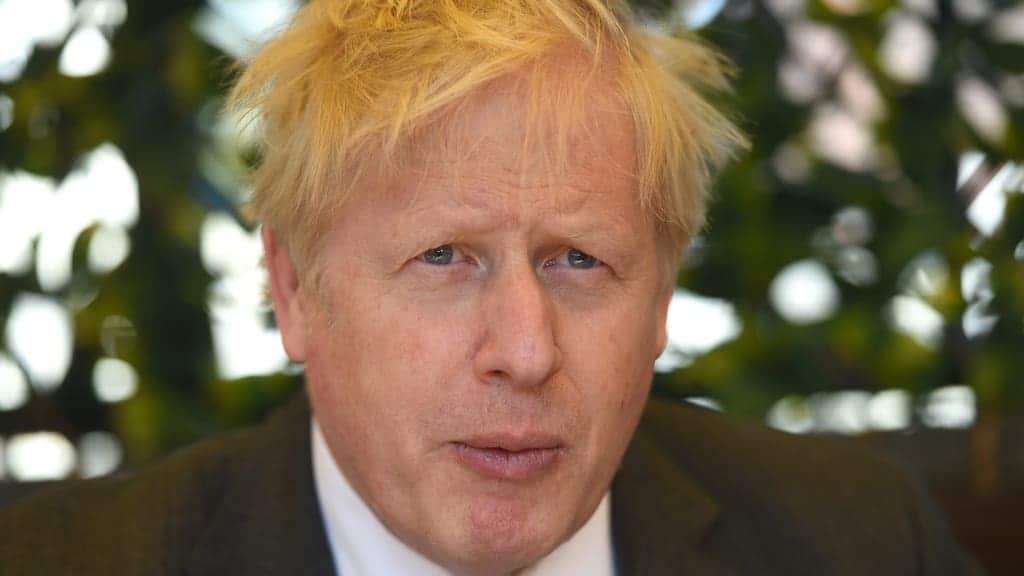 The Belfast News Letter had the perfect response after Boris Johnson’s expressed misgivings over new trading arrangements with Northern Ireland.

Speaking to BBC NI’s Spotlight programme, the prime minister vowed to take action on the Northern Ireland Protocol if the EU refuses to ditch “absurd” aspects of the post-Brexit trading deal.

Mr Johnson said his Government was currently working on “sandpapering” the Protocol, which governs Irish Sea trade post-Brexit, to address some of the concerns about trade disruption.

But not everyone was convinced, with a sub-heading from the News Letter’s Sam McBride catching the attention of people on social media.

“Over my dead body”

In August 2020 the PM said he would allow a post-Brexit border down the Irish Sea “over my dead body” just days after pledging to help Northern Irish businesses cope with a new wave of customs red tape after the UK leaves the European Union.

He made the comment during a visit to Belfast in Northern Ireland, where he also said businesses in the region would have unfettered access to England, Scotland and Wales after Brexit.

The new trading arrangements have been cited as a factor behind the recent upsurge of violence in loyalist areas in Northern Ireland.

Loyalists believe the new economic barriers between the region and Great Britain have weakened their place in the UK.

The Protocol requires a range of new regulatory checks on agri-food goods entering Northern Ireland from the rest of the UK. Some GB goods are banned under the arrangements.

The Protocol has yet to be fully implemented with various exemptions on checks currently in place.

The EU has taken legal action against the UK for its decision to unilaterally extend some of those grace periods amid continuing talks between the two sides on ways to ease the red tape burden.

Mr Johnson has repeatedly warned that he will trigger a mechanism to suspend the Protocol – Article 16 – if changes to the arrangements cannot be agreed.

“Overly dramatic presentation of it”

“What we’re doing is removing what I think of as the unnecessary protuberances and barriers that have grown up and we’re getting the barnacles off the thing and sandpapering it into shape.”

Irish premier Mr Martin said the Protocol posed no threat to the integrity of the UK.

“The Protocol is not tearing the United Kingdom apart, that’s just an overly dramatic presentation of it in our view,” he said.

“It explicitly affirms the constitutional position of Northern Ireland and the principle of consent.

“So it’s not a danger to the constitutional position of Northern Ireland at all, and was never intended to be.”