Barnier tweeted earlier on Friday that the “same significant divergences persist” between the UK and EU. 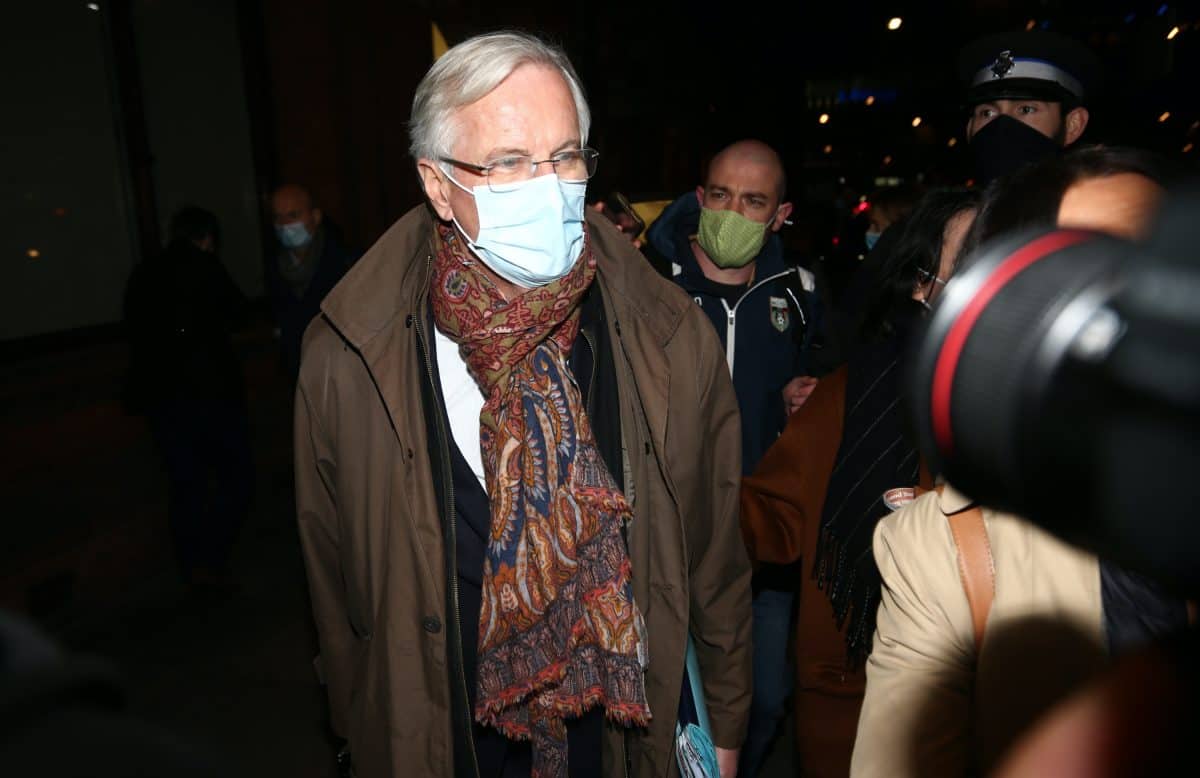 Time is tight to secure a free trade deal between the two sides, with the transition period set to end in just over a month.

But Barnier, arriving in London on Friday evening, told reporters that he would continue to work with “patience and determination” to reach an agreement.

Barnier out of quarantine

Face-to-face negotiations were paused last week after one of the EU team tested positive for coronavirus. Barnier tweeted earlier on Friday that the “same significant divergences persist” between the UK and EU.

Lord Frost called on Brussels on Friday to respect UK sovereignty. Writing on Twitter on Friday, he said that while it was “late” to reach a deal an agreement was still “possible”.

Irish broadcaster RTE reported that Barnier told Britain some weeks ago that the EU could accept 15-18% cut in its share of fishing rights in UK waters, but British officials were said to have immediately rejected the offer.

Prior to Barnier’s announcement there had been uncertainty about when the face-to-face talks would resume amid reports that he would only head to London if there was a significant shift in the UK’s position.

‘Confident of a deal’

The talks came as Downing Street said Boris Johnson “underlined his commitment” to reaching a Brexit deal that “respects the sovereignty” of the UK in a call with Irish Taoiseach Micheal Martin.

A Number 10 spokeswoman said the men spoke on Friday evening and discussed the progress in the UK-EU negotiations.

“The Prime Minister underlined his commitment to reaching a deal that respects the sovereignty of the UK. The leaders also reaffirmed the need to prioritise the Good Friday Agreement and avoid a hard border on the island of Ireland.”

The comments came after the Office for Budget Responsibility said that failure to reach an agreement with Brussels could result in a 2% hit to gross domestic product, the standard measure of the size and health of a nation’s economy.

The UK will leave the single market and customs union at the end of December.

Elsewhere, Romanian prime minister Ludovic Orban said he remained confident that a Brexit deal would be reached, saying: “Close to 500,000 Romanians live in the UK.

“A positive and constructive relationship with the UK post-Brexit is a key priority for us. A deal is the best way to secure that. With creativity, a pragmatic approach and by respecting agreements and in place legislation, I remain confident we can get this done.”