Polling stations have opened in the local elections, with council seats in Scotland, Wales, London and many parts of England up for grabs. 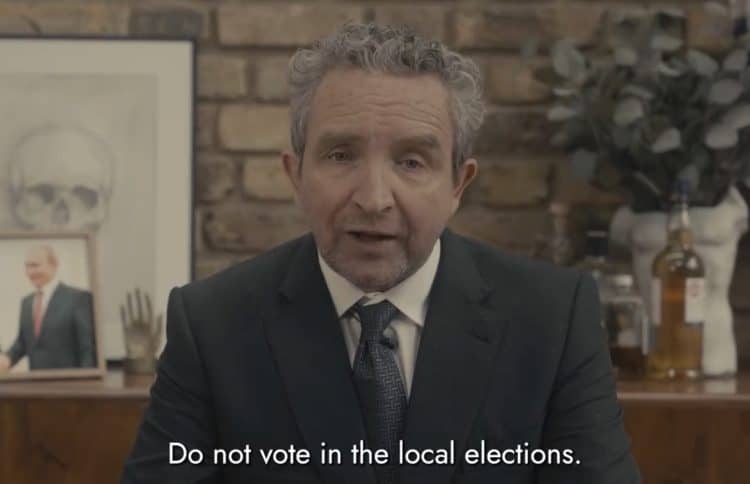 Eddie Marsan starred in a Hope Not Hate video this week, telling Brits “not to vote” in the guise of a far-right party leader.

The Thief, His Wife, and the Canoe actor said it is “vital that you don’t bother to vote” so that we can stop people who undermine British values.

Polling stations have opened in the local elections, with council seats in Scotland, Wales, London and many parts of England up for grabs, and Northern Ireland electing its new assembly.

Millions of voters are expected to cast ballots to select the local representatives they want to run services and facilities in their area.

The Conservatives will find out in the coming days as votes are tallied whether they will be made to pay the price for the so-called partygate saga in Downing Street, which has seen Prime Minister Boris Johnson and Chancellor Rishi Sunak fined for breaking coronavirus laws.

Tory supporters are likely to anxiously be watching out for results in true-blue London local authorities such as Wandsworth – under Conservative control for the past 44 years – Westminster and Barnet where pollsters YouGov believe Labour could cause an upset.