James Felton said it was "generous" of the Tory MP to fund Steve Bray's legal costs by "libelling him as violent immediately". 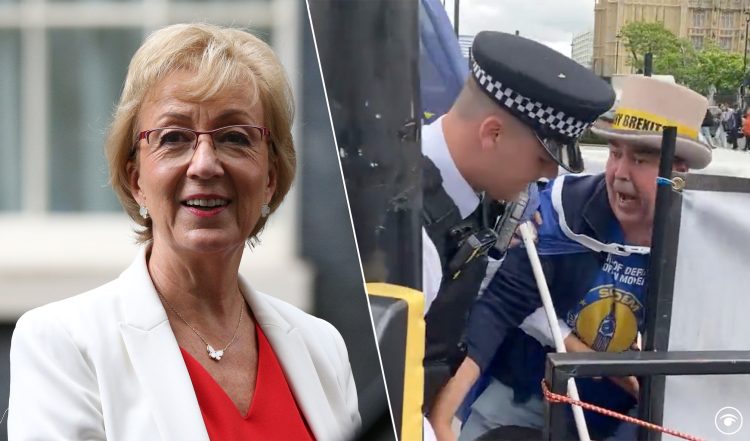 Andrea Leadsom described police action against Steve Bray as “very welcome” after the campaigner had his amplifiers confiscated outside Parliament Square.

A group of officers swooped on the “Stop Brexit Man” after they said he was protesting too loudly.

“Steve Bray has spent six years screaming abuse through a loudhailer at me and many others as often as he saw us for the ‘crime’ of trying to fulfil the democratic decision of the UK to leave the EU.

“This action by the police to stop his violent protest is very welcome.”

But there is no evidence of Bray ever being violent during his protests, leading to EU professor Steve Peers calling the South Northamptonshire MP a “dishonest authoritarian”.

James Felton said it was “generous” of her to fund Bray’s legal costs by “libelling him as violent immediately”, while others reaffirmed he had never been violent in the past.