The 'Stop Brexit' man said he will be electing Trial by Jury when his case comes up and appealed for help with his legal fund. 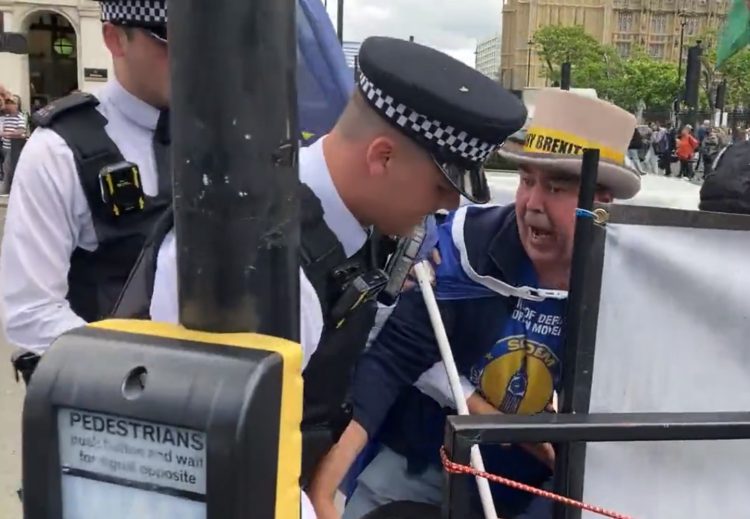 Police officers have told Steve Bray he will be summoned to court after they confiscated his amplifiers near Parliament Square.

On Tuesday afternoon, a group of officers swooped on the “Stop Brexit Man” Steve Bray after they said he was protesting too loudly.

He later confronted offices about how to get the amps back and was told he had been summonsed.

“Obviously I’m going to elect Trial by Jury but I may need some legal help,” he posted on Twitter.

Thankfully, help was at hand after the tweet went viral.