The Pentagon could have wanted atomic-armed rivals to know that America's nuclear command system was still intact, even if the commander-in-chief is sick. 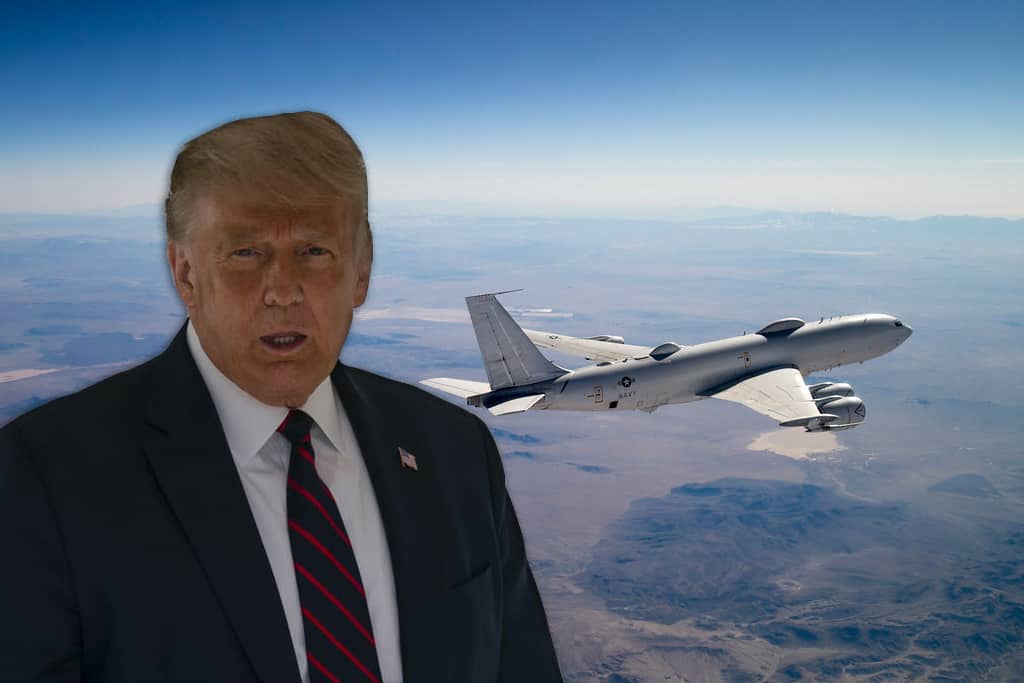 An eagle eyed plane spotter in Hawaii raised suspicions that the president could be incapacitated moments before news broke that he had tested positive for coronavirus.

Two E-6B Mercury jets – known as the Navy’s doomsday planes – were launched off both the east and west coast in the early hours of the morning.

The planes are designed to fly aerobatic-like manoeuvres over the sea that allows them to send messages to ballistic missile submarines hiding below, effectively safeguarding the country in the event that the White House is immobilised.

In an atomic war, the E-6s would relay directions to help target enemy cities and military bases with nuclear-tipped Trident submarine-launched ballistic missiles, or SLBMs.

Here's another E6-B that just popped up visible on MLAT on the west coast. IMO Stratcom wants them to be seen. pic.twitter.com/nvN03Rnnh9

It could be no accident that E-6s were airborne over both coasts in the minutes before Trump’s announcement that he was infected. “I would expect them to pop up if he tests positive,” tweeted Tim Hogan, an American open-source intelligence practitioner.

Hogan tracked the E-6s on public software that registers airplanes’ radio transponders. Military planes often switch off their transponders in order to avoid being tracked. If a military jet’s transponders are on, it’s because their crews want to be seen.

In the case of the E-6s, “it’s a message to the small group of adversaries with SLBMs and ICBMs,” Hogan noted.

The Pentagon apparently wants atomic-armed rivals of the United States—Russia, China and North Korea—to know that America’s nuclear command system is intact, even if the commander-in-chief might be sick.