A government visa scheme to draw the "best and brightest" failed to attract a single applicant. 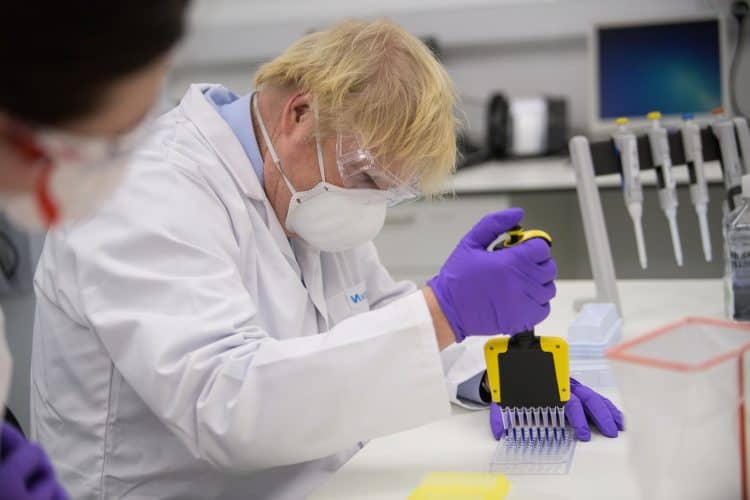 Earlier this week, it emerged that a post-Brexit scheme to draw the world’s top academics to the UK has failed to attract a single applicant in the six months since it opened.

The visa route – open to Nobel laureates and other global prize winners in the fields of science, engineering, the humanities and so on – was roundly ridiculed by experts after ministers admitted there hadn’t been any interest.

“Chances that a single Nobel or Turing laureate would move to the UK to work are zero for the next decade or so,” the Nobel prize winner Andre Geim told New Scientist magazine, which broke the news.

The University of Manchester academic, who won a Nobel prize for physics in 2010, added: “The scheme itself is a joke – it cannot be discussed seriously. The government thinks if you pump up UK science with a verbal diarrhoea of optimism – it can somehow become a self-fulfilling prophecy.”

The home secretary, Priti Patel, had hailed the scheme as a way of allowing “the best and brightest” to come to the UK. She said: “These important changes will give them the freedom to come and work in our world-leading arts, sciences, music, and film industries as we build back better.

“This is exactly what our new point-based immigration system was designed for – attracting the best and brightest based on the skills and talent they have, not where they’ve come from.”

But, just six months later, a freedom of information request revealed that not one person working in science, engineering, the humanities or medicine has applied.

That stark admission has drawn attention to an article penned by Boris Johnson in the Daily Telegraph in June, in which he claimed the government was “restoring Britain’s place as a scientific superpower”.

“We want the UK to regain its status as a science superpower, and in so doing to level up,” the prime minister wrote. “The UK has so many of the necessary ingredients: the academic base (four of the world’s top ten universities), a culture of innovation, the amazing data resource of the NHS, the capital markets.

“What we are offering now is record funding combined with the strongest possible political support and backing for science and a clear indication of where government sees greatest need.”

Outlining the creation of a new National Science and Technology Council, Johnson said: “We will be thinking about medical imperatives, such as tackling dementia or using new gene therapies to cure the hitherto incurable.

“We will be thinking about the new threats and opportunities in cyber, in space, and in the field of AI. We will of course be hoping that British science will play a leading role in fixing the problems of the world, providing everything from cheaper pharmaceuticals to drought-resistant crops.

“We will pursue these missions not just because each breakthrough could be a boon for humanity, but also because we want to see the expansion of scientifically-led start-ups and scale-ups, and a growth that goes beyond the golden triangle of Oxford-London-Cambridge and across the whole country.”

He concluded: “Of course we must generously fund pure science. We must allow for serendipity. You cannot plot or plan every breakthrough.

“But you can certainly set out to restore Britain’s place as a scientific superpower – while simultaneously driving economic prosperity and addressing the great challenges we face – and that is the plan of the government.”

Related: Furious French lash out at ‘not serious’ Johnson’s ‘double-speak’