The French 'capital of foie gras' made the move following a campaign by animal rights organisation PETA. 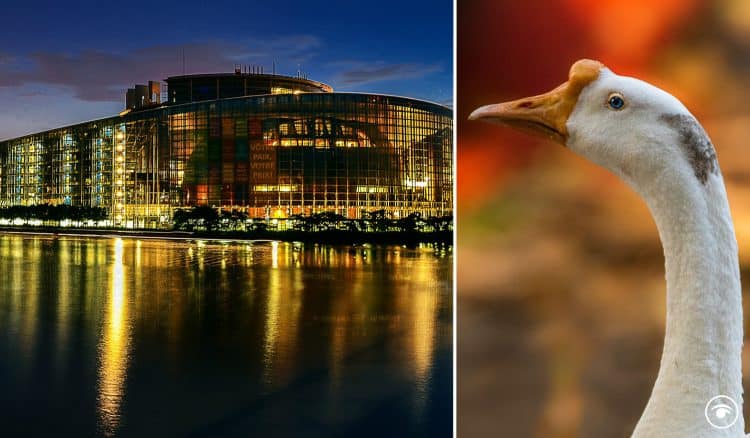 Mayor of Strasbourg Jeanne Barseghian has confirmed that foie gras will no longer be served at official city events in a landmark move.

The city, which is home of the EU parliament, was once known as the foie gras capital of France.

But the tide is turning on the delicacy, with many notable chefs refusing to serve it and some, such asMichelin-starred chef Alexis Gauthier, creating ‘faux gras’ recipes comprising of mushrooms and walnuts.

Reacting to the news,PETA vice president of international programmes Mimi Bekhechi said: “Cruelty to geese and ducks has no place in modern society, and PETA thanks the mayor of Strasbourg for her compassionate decision to stop serving vile foie gras.

PETA notes that in foie gras production, workers force-feed geese and ducks by shoving metal tubes down their throats and pumping grain and fat into their stomachs several times a day in a barbaric process known as “gavage”.

This causes their livers to swell to up to 10 times their natural size, pressing against the birds’ lungs and making it hard for them to breathe.

PETA exposés have revealed that the feeding pipes leave some birds so badly injured that they have holes in their necks.

The process is so cruel that the EU’s Scientific Committee on Animal Health and Animal Welfare recommends that the “force-feeding of ducks and geese should stop and this could be best achieved by the prohibition of the production, importation, distribution and sale of foie gras”.