Ms Butler said that Labour’s proposed workplace reforms are ‘the common sense approach to the modern way of life’. 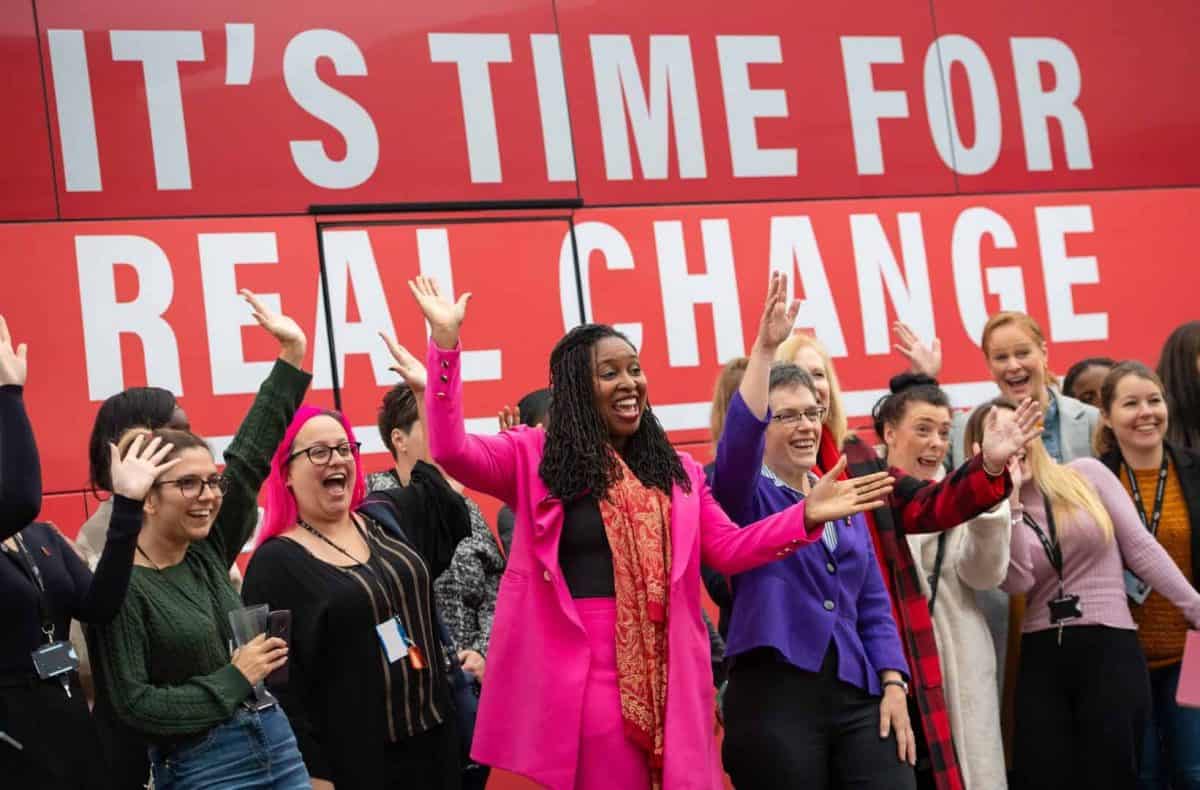 A Labour government would “dismantle the structural barriers” women face in the workplace with new policies of flexible working and increased maternity leave, shadow women and equalities secretary Dawn Butler has said.

Ms Butler said that Labour’s proposed workplace reforms are “the common sense approach to the modern way of life”.

She added that a Labour government would aim to implement all of the policies within the first 100 days of being in office.

Labour’s proposals include creating a new workers’ protection agency with powers to fine employers who fail to report or take action to deal with their “gender pay gap”, increasing statutory maternity pay from nine to 12 months, and a “presumption” in favour of flexible working from the first day an employee joins an organisation.

Ms Butler said that white, straight men have “a privilege code to the lift”, fast tracking them into managerial positions, and that a Labour government would “lay the grounds for an elevator” for women, to help them secure a level playing field in the world of work.

Speaking to a group of businesswomen at the Business and Technology Centre in Stevenage, Ms Butler said: “I have announced today some policies around flexible working in the workplace to ensure flexible working is available from day one.

“My whole thing is flipping the script from employees always having to push an agenda to the employer, making it their responsibility.”

Ms Butler added: “Basically, my whole thing is just about respecting women, our bodies, what we go through, and making workplaces more acceptable and friendly so everybody can contribute to the economy.

“All these policies are saying women matter.”

The role of trade union equality representatives would be enshrined in law.

Ms Butler, who on Thursday announced her intention to run as Labour’s deputy leader following Tom Watson’s departure, spoke to members of an all-female recruitment company which has successfully implemented flexible working.

Addressing the group of businesswomen in a statement pink suit, Ms Butler said it was “amazing” that the company’s director Kelly Notley had found flexible working “simple to incorporate”.

She said: ““Where we were today at the Lawrence Dean Recruitment firm, we saw it’s really quite easy, it works.

“Workplaces can work for everybody, not just for people who want to make as much money as possible.”

However, Business Secretary Andrea Leadsom warned the plans would lead to job losses.

“A vote for Jeremy Corbyn’s Labour is a vote to put businesses and jobs at risk,” she said.

“Their reckless plans would cripple businesses across the country – leaving hardworking people to pay the price.”

Questioned on the criticism levelled at Labour’s plans from those including Ms Leadsom, Ms Butler said a Labour government would review, change, amend and improve policies if they proved too difficult for businesses.

Ms Butler said: “When people say, ‘Will the policy work, it’s going to be really hard on employers’, I say this – we’ll implement the policy, we’ll review it, and if it’s not working we’ll change it, we’ll amend it and we’ll improve it.”

She added that the policies must have a business focus and be seen as a positive and productivity-increasing initiative in order for businesses to get on board.

Some employers don’t give a shit

Ms Butler argued that this was also why businesses must face a financial penalty if they fail to improve their company’s “gender pay gap”.

On the issue of reducing the gender pay gap, she added: “We’ve tried to do it by hearts and minds, it’s the right thing to do, but at the end of the day, some employers don’t give a shit.

“We’re saying you report your gender pay gap, then you need to have a plan of action to close the pay gap. If you don’t close your pay gap you can be fined, that gives them an incentive to do that.”

Discussing Labour’s policy of increasing maternity leave to 12 months, Ms Butler clarified that employers would be able to claim the additional expense back from the government.

She said: “What we’re saying is that we would extend that to 12 months’ paid maternity leave. Employers can claim that money back from the government, but it will be extended to 12 months, not just nine months.”