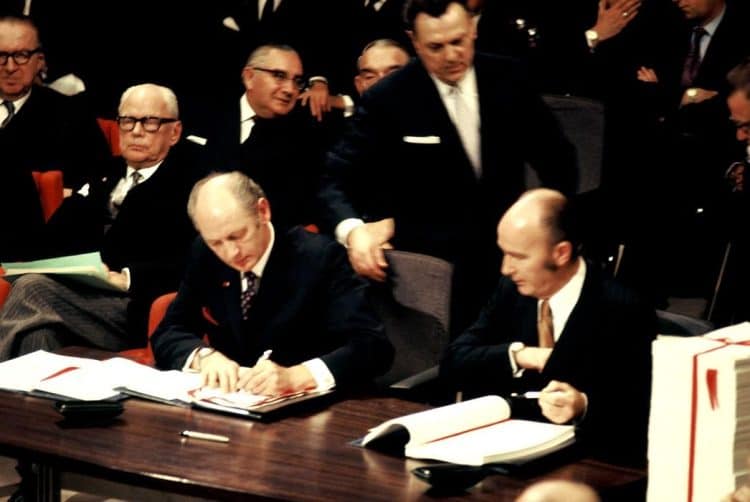 Irish citizens overwhelmingly backed moves to join the European Union in May 1972, with 83 per cent voting in favour on a high turnout of over 70 per cent.

Ireland first applied for EU membership in 1961 and again in 1967. The Accession Treaty followed a period of intense negotiations, which began in September 1970, and was widely endorsed by the public in a referendum two years later.

Marking the occasion at the start of this year, Taoiseach Micheál Martin praised the union for standing by them in aftermath of Britain leaving the bloc.

Martin said a young Irish State had “transitioned from relative economic stagnation and insularity” to a competitive economy at the heart of the single market.

Relationships “forged” between Irish and British government politicians at a European level “helped to develop mutual trust and understanding,” which assisted the peace process in Northern Ireland, he said.

Boris Johnson has today told the European Union there is no need for “drama” as he doubled down on hints he could override elements of his post-Brexit deal on Northern Ireland.