"If you look at every aspect of our society it's in crisis. Housing, crisis. NHS, crisis. Climate, crisis. Even democracy is in crisis." 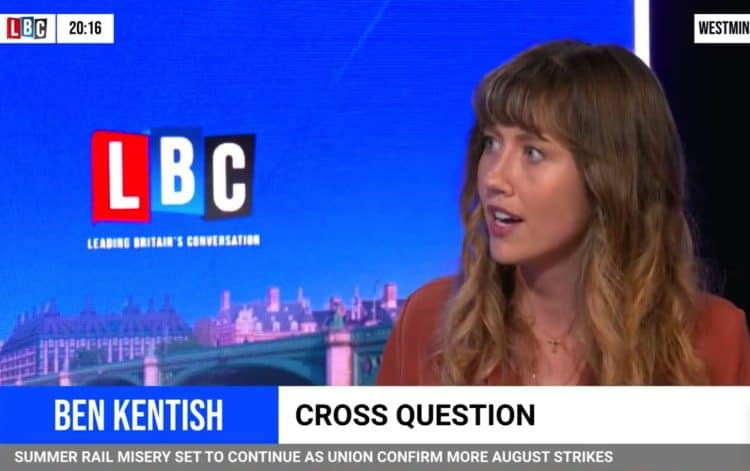 The Conservative’s past 12 years in government has been brutally summed up in a one-minute clip.

Rishi Sunak and Liz Truss headed to Leeds last night to woo northern voters as the contest to replace Boris Johson heats up.

Referencing her upbringing in the city, the foreign secretary said it was “fantastic” to be in her “old stomping ground”, adding that she hoped none of her former teachers were in the audience.

Sunak also tried to big-up his northern credentials as the MP for Richmond in Yorkshire.

In previous TV debates, both Truss and Sunak have caused confusion by discrediting the government’s record in power.

It was a point that Antonia Jennings looked to drive home during a recent appearance on LBC.

The associate director for the Centre for Local Economic Strategies destroyed the party’s past 12 years in power in just one minute in a blistering assault.