Liz Truss was right to quote Seneca in her resignation speech. Her problem was that she dared to do the wrong things. Who will dare to do the right things?

by Robert Shotton
in Opinion 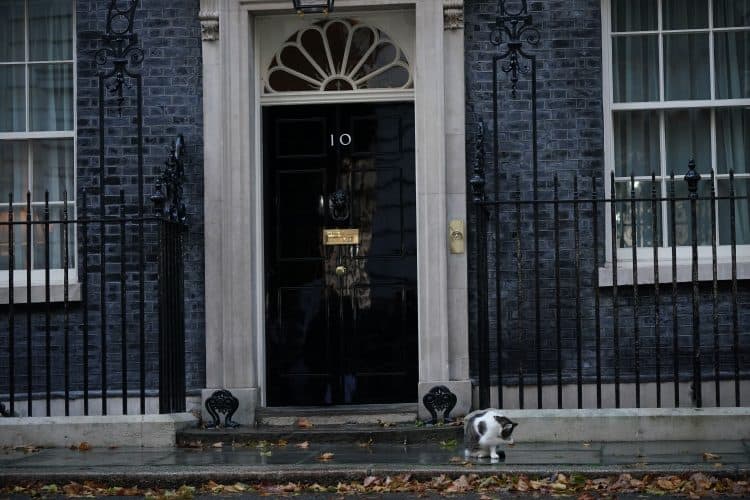 The new Sunak government is trapped in a box, with the lid nailed down, and the walls closing in.

Why is that? Let’s go through the list of key actions that could put the UK back on a pathway to growth. None of them are possible either because of market resistance, or because of politics.

The markets say no to more debt. So the Liz Truss plan, to lower taxes and it seems, to allow debt to rise, was junked. The UK is dependent on the kindness of strangers. Strangers indeed, for who do you call to convince the markets?

So what are the other choices? The first possibility would be to increase domestic tax revenues in order to fund new growth-promoting policies, but without adding to debt:

Tax revenues could be increased by reducing leakage in the tax base to foreign and off-shore jurisdictions, banning non-dom tax status and the hidden ownership of assets, and curbing the transfer of company profits to more favourable tax jurisdictions.

Tax revenues could be further increased by introducing a wealth tax and also a mansion tax, so all in society contribute fairly to funding public expenditure, including those paid in capital.

But this will not happen because it is against the interests of the donors to the Tory Party, and contrary to the personal interest of the current Prime Minister.

Second possibility, release funds for expenditure elsewhere by reforming the national health system, pensions and social care and assistance. These account for more than 50 per cent of public expenditure.

However, not only is it virtually impossible, politically and morally, to significantly reduce expenditure in these categories, on the contrary, it is more likely that, going forward, they will absorb a still larger share of resources.

This blocks any shift in public expenditure priorities towards public investment in catching-up infrastructure,  support for research and development, and a renewed push to upgrade across the whole country both education and vocational training.

That is why there has to be a serious debate about the sustainability of the current funding model for National Health Service, Social Care, pensions and social assistance, looking in detail at alternative funding models from across the world, and starting from the observation that in the UK, the political context does not permit high levels of taxation to fund these services, as in some countries elsewhere in continental Europe. Nor is there an appetite for higher immigration to fill staffing gaps.

The future of the health service

Is such a debate politically possible? Not for the Tory government, first because their motives in debating the future of the health service are suspect – they are accused of having in mind the US model, the worst of all alternatives. They possibly do.

Politically impossible secondly, because their electoral base is heavily concentrated amongst pensioners, whereas younger voters largely vote for opposition parties. So any shift of public resources away from the interests of the elderly towards those of the coming generations is thought damaging to their voter base.

Politically impossible finally because large increases in public expenditure for science, research and development should be accompanied, in all economic logic, by restoring co-operation with EU programmes, and simplifying access to EU markets, which risks fierce opposition from within the Tory Party.

So what can be done as well – or indeed instead?

One of the government’s answers is regulatory reform. But that too is in difficulty, because of the enormous diversion of civil service resources implied by trying to do a comprehensive review of inherited EU legislation in a very short period of time. And because, to drift too far away from EU legislation risks further complicating access to EU markets, creating additional costs for UK business because of multiple certification requirements, and additional political unrest if workers’ rights are challenged in a period of galloping inflation.

Less controversial it might seem would be to reform the regulatory agencies responsible for oligopolistic sectors like energy, water and sewage, telecommunications, transport, so that high levels of investment in quality services and a clean environment are ensured, and excessive dividends discouraged. But would that discourage inward investment? The government seems to hesitate.

Another driver for growth would be to accelerate house building, especially energy-efficient affordable homes for rent or sale, combining significant public resources alongside private funding including from pension funds,  and facilitating the compulsory purchase of sites not in use, or suitable for conversion from office to apartments, alongside simplified and time-limited planning procedures.

This is not popular with Tory donors and voters. Property developers resist stricter controls over the quality of build or to oblige the respect of affordable housing quotas. Tory voters tend to oppose relaxation of planning procedures. And there is a deep attachment to a perverse, but a familiar model for growth based on the accumulation of unearned wealth and rentier income from a stagnant pool of property assets.

So where else could one turn to find untapped investment resources? Perhaps the City, banks and pension funds, could be mobilized to support a national plan for revival, through the reinforcement of specialized investment funds, and enhanced investment in infrastructure and affordable housing assets? That implies at least a partial move away from a focus on short-term trading opportunities in international markets, to long-term commitment to building strategic business in the UK, including by active participation in management, as in Germany.

Here at least, the UK government is well-placed to dialogue. But pressing for change does imply a willingness to criticize current City practice. Instead, the focus seems to be on ever-increasing economic incentives through initiatives such as tax holidays and Enterprise Zones, and Charter Cities. In other words, the focus is still on quick and easy reward.

appeasing a mentality that does not serve the UK’s need to rebuild its productive base.

To conclude: many are the reasons why the UK government is trapped in a box from which it can only escape by actions that will be deeply unpopular, with its donor base, its voter base, or the wider public.

This is also why Liz Truss was right to quote Seneca in her resignation speech: “It is not because things are difficult that we do not dare. It is because we do not dare that they are difficult.” Her problem was that she dared to do the wrong things. Who will dare to do the right things?