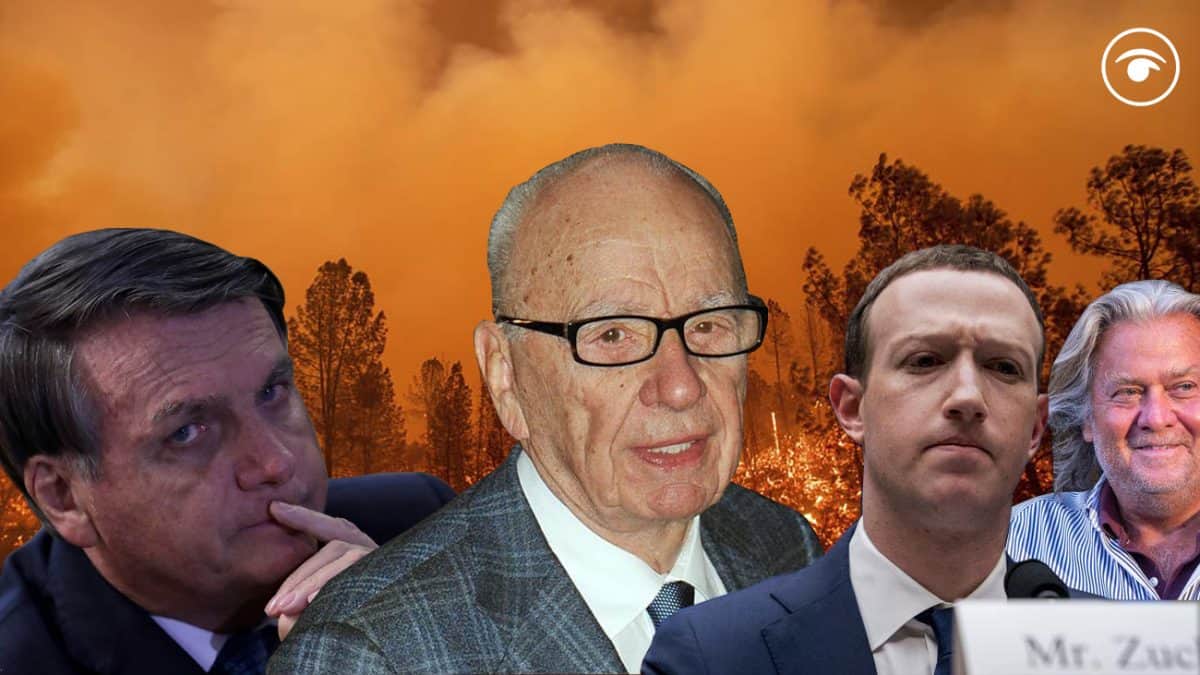 The contentious question of who is the most dangerous person on earth is often discussed but rarely agreed upon.

While instinctively people often point to the people with the nuclear codes, those who sit at the top of unstable and hostile regimes, it isn’t always that clear cut.

In the internet age power has shifted dramatically into the hands of global forces that are propelled not via the ballot box but by market forces that are not so easily tamed.

With that in mind here, as they say, are the runners and riders in the race for the world’s most dangerous person.

Much has been said of the pervasive influence of the Murdoch empire on modern society. Is there anyone else that has had such an influence – and arguably therefore wielded as much power – as Murdoch over the last 50 years? The fact that this influence has manifested across three countries – Australia, the UK and the US – and three continents makes it all the more extraordinary.

Arguably, without Fox News there would have been no Trump Presidency and, in the UK, Murdoch’s Sun newspaper has provided their support to the winner of each General Election since 1974. Murdoch’s influence over politicians is legendary and their clamouring for his approval always comes with consequences for ordinary people.

But it is perhaps Murdoch’s shifting of news from factual reporting to opinion and propaganda that has been the most dangerous for our societies. The infamous ‘The Sun Says’ column turned into a whole newspaper and then the basis for a media empire promoting the interests of the super-rich. If ‘there is no democracy without truth’, Murdoch may be seen as the greatest purveyor of disinformation and threat to democratic society.

A couple of weeks ago, this option may have seemed a shoo-in for many. Whilst Trump is no longer President, there is no doubting he has changed America. It is now more partisan and polarised than ever and his emboldening of the far right and white supremacists has left the US in a volatile condition.

The danger he represents may be lessened now that he has left office, but he is likely to remain a divisive figure. He may start a new MAGA Party to rival the Republicans; he may start his own media company to incorporate Trump TV, giving a popular platform for the most right wing, conspiracy-laden voices – with himself as the star turn, naturally. Even on the off chance he ends up in prison, he will likely become a martyr for those with extremist ideologies. The FBI’s assertion that the most significant danger to the US comes from domestic terrorists was evident at the insurrection on 6th January and may well be proven via violent attacks by far-right groups and radicalised individuals in the coming years. Perhaps it is Trump’s undermining of the democratic process of Elections that represents the most dangerous aspect of his Presidency and of what may follow.

The former KGB Foreign Intelligence Officer has shown a predilection for expansionism and a willingness to use Russia’s own considerable military might. Hardly a week goes by without reports of some new hypersonic missile system, stealth drone or bomber being developed by Putin. Presidential and legislative elections have been fraught with accusations of vote-rigging and he has demonstrated a willingness to use brutal force to silence dissenting masses and lethal nerve-agents to silence critics wherever they are in the world. It appears likely that Russian troll farms under Putin’s direction have influenced a number of elections in other countries – not least in the US where their intent was also to create disunity. I wonder how that worked out.

A retired military officer, Bolsonaro has been described as a far-right populist – a ‘Brazil Trump’ if you will. His denialist approach to Covid has led to an appalling death toll and his love of the free market and railing against people’s rights make him a contender for Neoliberal of the Year. But it is his attacks on the protections for the Amazon Rainforest’s indigenous peoples and the subsequent increased rate of deforestation that represents a threat to humanity. Storing carbon dioxide and releasing oxygen, the Rainforest is known as ‘the lungs of the world’ due to its estimated 390 billion trees – though that number may have reduced whilst you are reading.

If we believe that the greatest political problem of our time is the fact that politicians are, in the main, bought and paid for and beholden to capitalist interests, then we might choose either Koch or Mercer as our answer. These two US billionaires have, in their own distinct ways, used their wealth to leverage politicians who then create the ideal conditions for increased profits. Koch’s promotion of the interests of the fossil fuel industry is well-documented and he may be seen as the most influential inhibitor of action to combat climate change.

Amongst other things, Mercer has been instrumental in such glorious contributions to humanity as Breitbart, the Trump Presidency, Cambridge Analytica and Brexit. Each arguably represent the people with real power and who, through their funding of right wing think tanks, lobby groups and purchasing of politicians, are wielding it in the most destructive ways.

Newly pardoned from his alleged theft of $1 million from the ‘We Build The Wall’ campaign, Bannon is unlikely to go quietly into the night now that the Trump Presidency has ended. The former editor of Breitbart turned Trump chief advisor has been busy developing links with and between the most right wing politicians across Europe. Not reticent in calling for violence, he has been described as a white nationalist, a populist and an advocate of the dismantling of democracies. He has been attempting to set up a training centre for budding right wing populist leaders of the future – purchasing an old Italian monastery for the purpose, although his intended use of it has been a matter of legal action for some time.

This perhaps depends on your view of the role of Big Tech and social media (like Facebook, Twitter and YouTube) in our democracies. Some may argue that social media allow for greater free speech and the development of bottom-up social movements. Others believe that social media – and perhaps especially Facebook – plays an increasingly subversive role in elections and our democracies and an ever-more divisive role in our societies. We have certainly seen how social media can be used unscrupulously to influence voters’ choices and how disinformation – about such things as elections and the Covid pandemic – can be spread widely and rapidly via social media.

The use of social media by extremist groups such as the Far Right to spread hate is also a huge concern, as is the notion that private companies control free speech and who is and isn’t provided with a voice. The overall feeling is that social media companies – and CEO’s like Zuckerberg and Dorsey – care only about the bottom line: people and every aspect of information about us are commodities to be bought and sold.

Let me conclude with these thoughts. Firstly, that there are no women on my list. That is clearly no coincidence – both in terms of the opportunities for women to reach positions of power and influence, but also it raises the proposition that women who do reach such positions may well be using it for the benefit of humanity.

Perhaps who you choose may depend on what you see as the most salient existential threat to humankind – nuclear annihilation, the climate crisis or perhaps disinformation leading to the collapse of democracy. Clearly each poses their own unique threat.

Finally, I will leave you with this thought: perhaps the most dangerous person on earth is not yet known to us. Perhaps it’s some ten-year-old currently sat playing Fortnite and dribbling Curlywurly down their top. Hopefully, our saviours might be too.