"The most shocking interview I’ve seen this week." 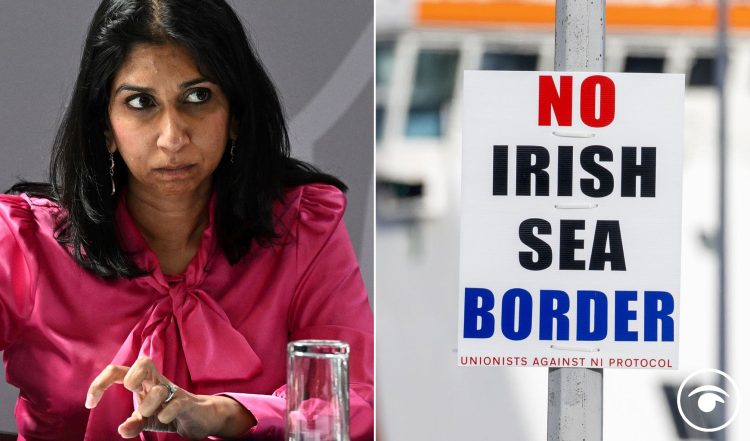 Action over the Northern Ireland Protocol is “painfully, apparently necessary”, the Attorney General said in a major hint the Government will override parts of the post-Brexit agreement back in May.

Suella Braverman, the Government’s chief legal adviser, did not deny reports she has approved the scrapping of large parts of the deal with emergency legislation.

European leaders have warned the UK not to make the incendiary move, amid fears it could provoke a trade war with Britain’s largest trading partner.

It comes as Boris Johnson’s plans to unilaterally scrap parts of Northern Ireland’s Brexit deal are “politically driven” and “very damaging” to EU-UK relations, the European Commission vice-president has said.

Maros Sefcovic said the European Union was not “here for political point scoring” after the bloc launched fresh legal action against the UK in retaliation over the Prime Minister’s just laid Northern Ireland Protocol Bill, which will effectively rip up key parts of the deal signed by Mr Johnson and the EU in 2019.

But it is an interview with Suella Braverman on Robert Peston’s show that has angered many, including Peter Stefanovic, who has created another film debunking her claims.

During the interview she refers to Peston and others as ‘remainiacs,’ says the North Irish economy is struggling (it’s doing better than everywhere else in UK apart from London) and she said there was no other option on a legal basis, then to break international law!

Polling Report website relaunched – here’s how to check your constituency