Is Unilever's drive to deliver sustainability 'mayo madness', or a sure recipe for success? 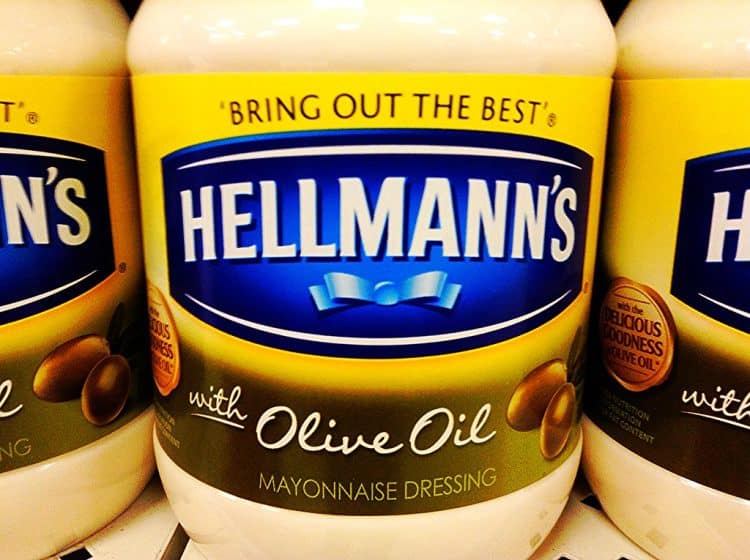 Unilever has come to blows with one of its top shareholders over its drive to improve its sustainability credentials.

Terry Smith, the man behind Fundsmith investment management company, said last week that the company has “lost the plot” in a letter to his fund, accusing it of being “obsessed with publicly displaying sustainability credentials at the expense of focusing on the fundamentals of the business”.

He cited the “ludicrous” example of CEO Alan Jope pointing to a bottle of Hellmann’s mayonnaise – one of the various brands in the Unilever portfolio – at a strategy launch and stating: “Fighting against food waste, that is the purpose of Hellmann’s.”

With Unilever’s shares having dropped 10 per cent in the past year – after a decade of growth – Mr Smith claimed in his letter: “A company which feels it has to define the purpose of Hellmann’s mayonnaise has in our view clearly lost the plot.”

What is so ludicrous?

But what, I ask, is so “ludicrous” about Unilever, one of the UK’s biggest companies, fighting for sustainability? Full disclosure: Mr Jope has been a private client of mine in the past. He’s also appeared on my Leadership 2050 podcast. But I’m not here to defend him or Unilever.

It’s to make the point that business, in today’s world, is also about meeting a greater purpose. The status quo of CEOs simply having to satisfy investors is no longer relevant – they have to satisfy employees and customers too. Recent research by Kantar, using a 12-year data set, found brands recognised as having a high commitment to a purpose grow at twice the rate of others.

So, as a key purpose of its business, Unilever is trying to understand what is the right thing to do from a societal point of view, and what consumers care about.

And frankly, if Hellmann’s and Unilever weren’t addressing things like food waste and unsustainable packaging, we’d be having a go at them. This is what companies are having to do today, and they are making that explicit.

Let’s not pretend, either, that the sustainability drive is anything new. This strategy goes right back to the very heart of how Unilever operates. It was renewed under Paul Polman when he came in as CEO 13 years ago. If you look at the share price and the returns to shareholders through dividends over that period of time, shareholders have made a huge amount of money from this strategy already.

Alan Jope, who came in three years ago, continued and refocused on it, but fundamentally hasn’t changed it. So, what Mr Smith is looking at is a 12-month period where the share price has started to fall. But there are other factors to consider when considering Unilever’s performance.

One is inflation. In the last year, inflation has gone up 5 per cent and businesses are heavily exposed to inflation on their cost base. We’re looking at a small dip in a very long-term increase in share price.

We should also look at Unilever’s ability to attract people. In a world suffering from the “great resignation”, Unilever is widely regarded as an employer of choice.

Furthermore, trends suggest sustainable companies will be attractive to shareholders going forward. You can see these trends in the oil and gas industry, of all places. I noted last year how an activist investor, Follow This, put forward to Shell’s shareholders a more ambitious plan than Shell itself for net zero emissions. Granted, the Follow This plan was rejected with 30 per cent of the vote.

But look at the increase in support from previous years, when similar plans were proposed: in 2020, it was supported by just 14 per cent. In 2016, it was 3 per cent. So, is a short-term fall in Unilever’s share price a reason to change a strategy that has worked for a long time? No, because it is not about historical success, it is about the future. If we look at what is needed today – and in the future – my opinion is absolutely not.