Truss is victim of chancellor chumminess

A lack of tension in government is what led to the PM exercising her worst impulses.

by Oliver Longstaff
in Opinion 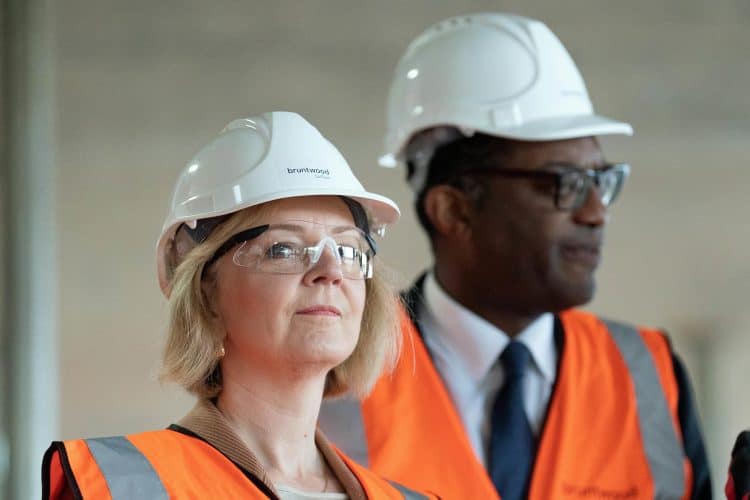 ‘Political thought of the recoinage crisis of 1695-7’. This, written back in 2000 by a budding Cambridge PhD student, was the title of now-chancellor Kwasi Kwarteng’s doctoral thesis. It is thus with no small amount of irony that an economist with interest and supposed expertise in historic financial crises should, within the first few weeks of his tenure, precipitate one of his own, seeing the pound tumble alongside government approval ratings.

Ruling for the rich

On the 23rd September, with no previous consultation with fellow cabinet ministers (besides the incumbent PM), launched the first “mini budget” as chancellor of the exchequer, having been appointed just over two weeks prior.

In it, he detailed a slew of tax cuts – disproportionately favouring the top 1 per cent of earners – that included a reversal of the national insurance increase, a reduction in income tax to 19 per cent, and the removal of the 45 per cent additional rate of income tax.

The effects of this? To depreciate the value of the pound against the dollar to the lowest point in decades, to sharply increase interest rates of government bonds, and to threaten a run on pension funds. The last of these was rescued by a timely intervention from the Bank of England.

In essence, this ill-thought budget was able to shake international confidence in sterling to such an extent that investors wanted to rid themselves of it as quick as possible.

Many wondered why this budget in particular had such a stark impact – the Tories have always ruled for the wealthy, why should this come as a surprise?

The difference here is context; on the backdrop of a cost-of-living crisis, the Truss government had recently announced the freezing of household energy bills at £2,500 over the next two years and a number of other measures to combat bill increases. The price tag for these measures totalled approximately £150 billion pounds, by far the largest public support scheme from any government since the second world war.

If we include the cost of tax cuts – estimated at £45 billion – we are left with a government with an ever-widening deficit, one which can only be made up for with extra borrowing (unless Truss’ plan of increased tax revenues bears fruit). This, it would be fair to say it’s obvious that such fiscal policy would lose investor confidence and lead to the economic consequences we saw just weeks ago, with the pound plunging nearly 5 per cent at one point.

Surely, given his education and the position he now fills, Kwarteng would have been able to see this coming as well.

We can be in no doubt that the economic downfall was foreseen by Kwarteng. Yet, as we saw throughout Truss’ leadership campaign, our new Tory party comes with a new-found ideology. Or, at least, it is resurrecting one from some 50 years ago. The prime minister entered Downing Street on the promise that her new government would be low-tax, small-state, and pro-business. And all credit to her, as she is now one of the few Tories to deliver on what she promises.

The trouble with governing ideologically is exactly that – ideological, with no bearing for the practical implications of policy.

This is the express reason why prime ministers do not, for the most part, act unilaterally, instead relying on a wider team of ministers, advisers, and civil servants to plan, scrutinise, and execute policy changes. For Truss, the first port of call for evaluating fiscal policy would be just next door to Number 10 – the job of any chancellor is to hit the brakes on any planned changes that would adversely affect the economy.

Yet that is not what we have seen this past month. If anything, the chancellor has been all too willing to oblige the prime minister in her attempts to crash the British economy.

It would seem the reason for this, and why Kwarteng is acting improperly in this capacity, is that he and the PM appear a bit too chummy, having been a staunch supporter throughout her leadership campaign and aligning with her direction for the country all too closely. And whilst it could always be beneficial to support those close to you, it is healthy for the prime minister-chancellor relationship to have a modicum of tension within it.

Speaking with Business Live some months ago, Kwarteng said “I am backing Liz Truss, she has fresh ideas, a lot of experience and impetus. I don’t think we can tax our way to growth.” In just these few sentences around the leadership election, Kwarteng simultaneously cemented his support for Truss and aligned himself directly with her overall fiscal vision.

Take the example of the two Labour juggernauts, Blair and Brown. Whilst the strain in their relationship progressively swelled over the years until it seemed to eclipse the entire party and potentially contribute to its downfall, having Brown in the Treasury to block many of Blair’s ill-thought vanity projects seems to have done the country good.

Tony Blair himself, in some respects similar to Truss, was very much an ideological leader – whether this was on foundation hospitals, tuition fees, or even Iraq, the former Labour leader often chose what he personally thought right, sometimes no matter what the cost to the country. In terms of fiscal policy, in no instance was this more profound than in his pet project of joining the eurozone and single currency back in the early 2000’s.

To better align the UK with our European neighbours, and particularly to position himself over his long-term rival Chirac as the de facto leader of Europe, Blair had sought to raise the UK’s position within the European Union. To solidify this, he also tried time and time again to join the single market, yet each time his hopes were dashed by Brown, with the chancellor arguing that the numbers simply don’t add up. The policy was repeatedly condemned as folly.

Thus, the UK was kept out of the single market. Blair did not progress in his vanity project (which he knew was economically unfavourable). And the virtues of having a chancellor that reins in the worst impulses of a prime minister were proved.

With Labour soaring in the polls and half of voters thinking Truss and Kwarteng should resign, there is very little the PM can do to restore trust in her premiership. She could go down the route of shifting the blame onto her chancellor and removing him. That said, if she does, it would be hoped she would appoint someone able to keep her in check – not for the sake of the Tory party, for the sake of this country and its economy.