By Daniel Khalili-Tari One of the US’s greatest exports is arms. Cuba’s is doctors. In the US citizens can die if they can’t afford healthcare. But in Cuba, universal healthcare is free. The US’s adult literacy rate is not known. Cuba’s however, is 100 per cent. Why is the Trump administration so valiant in maintaining […] 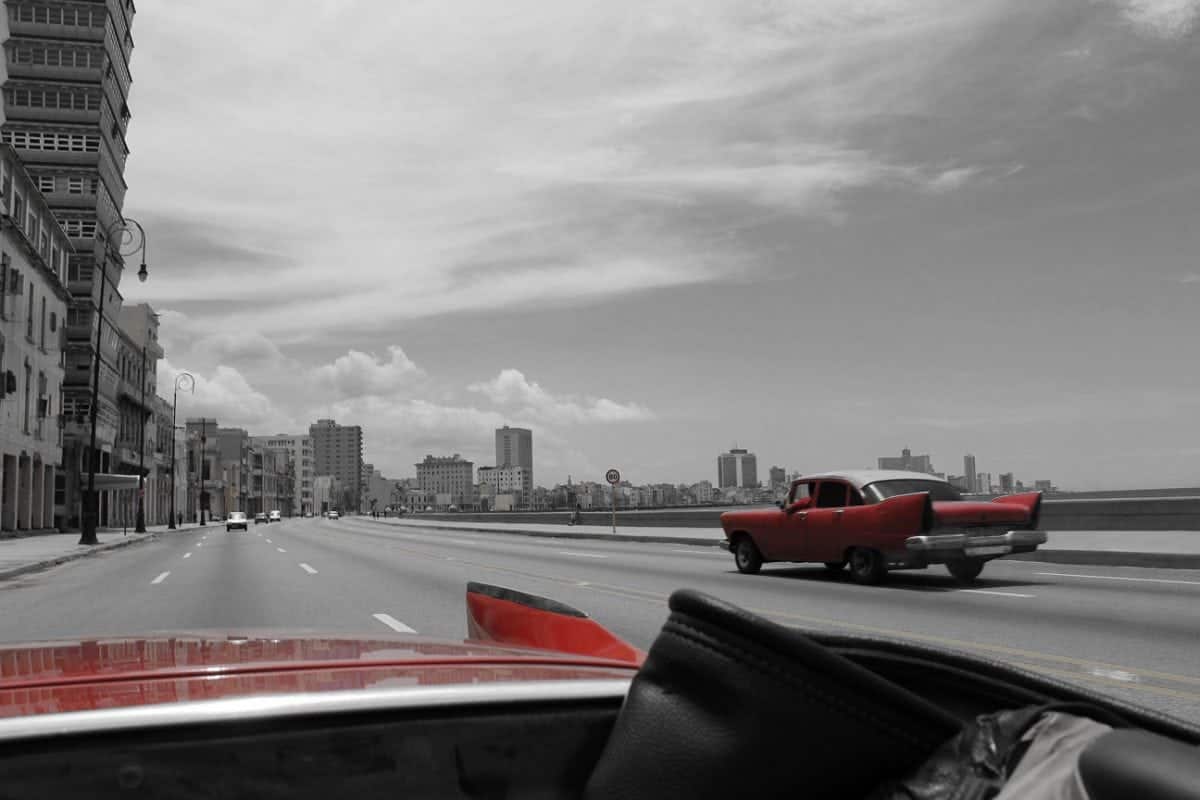 One of the US’s greatest exports is arms. Cuba’s is doctors. In the US citizens can die if they can’t afford healthcare. But in Cuba, universal healthcare is free. The US’s adult literacy rate is not known. Cuba’s however, is 100 per cent.

Why is the Trump administration so valiant in maintaining an unjust embargo on the Caribbean island, located only 103 miles from the US? Why punish a country which wants to govern itself, in an alleged act of anti-terrorism, while supporting dictatorial regimes throughout the world such as Saudi Arabia? Which in the 21st century still beheads political dissidents. Why oppose a country for its lack of human rights, when operating a prison illegal under intentional law, within the same country you allegedly oppose? The logic is obsolete.

Ever since Cuba gained political independence during the height of the Cold War in January 1959, the American government has ensured its destabilisation. Warranting any other nation subservient to US interests to revere its position of servitude. Any successful bully maintains their hegemony through the dissipation and exacerbation of fear. As quasi-President Trump knows.

The US’s reputation in dispersing social justice throughout the Cold War isn’t one to applaud. The overthrow of Mohammad Mossadegh, Patrice Lumumba and Salvador Allende among other democratically elected leaders are not amicable events. Especially, when considering the paternalistic regimes which have since assumed power.

Despite its many flaws, as well as the several horrors of the Castro regime, there is clearly much which President Trump and his entourage can learn from Cuba. If the US genuinely opposes Cuba’s human rights violations, surely, President Trump should signal the end of the crippling sanctions opposed upon the country and achieve a rapprochement in economic affairs. Also, considering the President and his party are in the process of overhauling US healthcare, shouldn’t they get some advice from Cuba? As only earlier this year, an American citizen went to the country for cancer care.

The Cuban healthcare system has previously received praise from the World Health Organisation and United Nations, as well as assisting ‘third world’ countries during periods of humanitarian crises. In 2014, UN Secretary-General Ban Ki-moon described the system as “a model for many countries around the world”, while praising the nation for “being on the frontlines of global health”.

Currently President Trump is in the process of replacing the Affordable Care Act. His initial proposal was rebuked by Congress. Recent analysis by the non-partisan Congressional Budget Office shows 14 million more people would be uninsured under the American Health Care Act of 2017, which was passed by the House of Representatives last month, after being pulled from the House only the month before.

As well as it’s impressively low infant mortality rate, which is currently at 4 per 1,000 births, while the US’s is estimated at 6 per 1,000 births, Cuba has one of the highest literacy rates in the world. The rate for the US however, is unknown. Conversely, a study by the U.S. Department of Education and the National Institute of Literacy in 2013 found that 32,000,000 American adults can’t read. How is it a country with a national GDP of £81.3billion can achieve a better state of healthcare and literacy than a nation with a national GDP of $18trillion? Why is it President Trump is so eager to condemn the country, while conveniently ignoring its progressive elements?

Clearly, Cuba is no liberal paradise. The country’s political structure is flawed in many ways and the dearth of opposition is unjust. However, President Trump should use his position as a conduit to further the country’s democracy and build upon its already profound achievements. The tautology of labelling Cuba a dictatorship has not worked.

The Cuban government estimates that the trade embargo has cost the country $125.9bn, since its enforcement in 1960. Yet despite the economic setbacks its economy is not moribund. As American actor and filmmaker Sean Penn wrote when commenting on US-Cuba relations, “these countries (Cuba and Venezuela) only ever had two choices; either to be imperfectly their own or to be imperfectly ours, and like us they prefer to be their own.” So Trump’s animosity is no surprise.